The Challenges of 'Assisted Suicide' 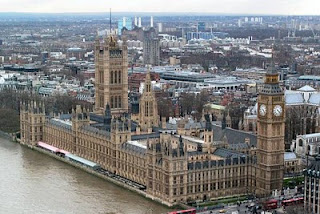 The British Prime Minister Gordon Brown has spoken out publicly about the dilemmas faced when a nation considers allowing greater freedom for assisted suicide and the rights of people to end their life when faced with suffering and pain.

Many times in the past 80 years, the British Parliament has considered - and rejected - the legalisation of assisted suicide. If, in the wake of revived debate on these matters, a new proposal were to come forward, I do not believe the outcome would be any different. Cases dominating the public arena make for harrowing reading, and the first and most obvious response is to say that something must be done. But when these complex, individual and distressing cases are considered in detail, a solution that at first might seem sensible - the right to die in a manner and at a time of one's choosing - swiftly becomes less straightforward and more worrying.

I believe people are drawn to support the right to assisted suicide because of fears about how they will be cared for when they are dying.

They ask themselves: Will I be left alone? Will I suffer pain? Will I lose my dignity and my individuality? Will there be no one there to care for me? Will I be kept alive and subjected to tests and treatments that will do little good and serve only to extend the process of dying?

I believe we should look more closely at such fears and what has been done to address them.

"Here is a strange paradox. Sometimes we see the image of God most clearly, not in the perfect specimens of humanity, not in the Olympic athlete or the Nobel prizewinner. We see Christ in the broken, the malformed, the imperfect. It is an example of the Easter mystery. God is revealed, not in glorious majesty but in a broken body on a cross" (John Wyatt, Lecture 2, 2009 New College Lectures).

As indicated in my previous post on Euthanasia (here), we will be addressing this an other ethical issues concerning death and dying at our 2010 CASE conference 'Christian Perspectives on the End of Life' on the 27th March at New College.

More details on the conference HERE


[HT: David McKay for pointing me to the article by Gordon Brown]