CASE had its latest conference on medical ethics on the 27th March 2010 titled 'Christian Perspectives on the End of Life'. It was a follow on from our first medical ethics conference in 2009, 'Medical Ethics: Perspectives on Life and Death'. The speakers were Dr Best, Dr Frank Brennan, Rev Rod Benson, Dr Russell Clark and Kate Bradford. 120 people attended it from varied backgrounds - health professionals of all kinds, students, carers, hospital chaplains and interested members of the public.

What they said individually?

The speakers all brought different messages looking at different dimensions to the topic 'End of Life'. There were common themes (which I'll come back to). 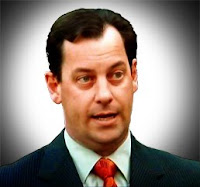 Rev Rod Benson an ethicist and public theologian began by quoting from the Tale of Aragorn and Arwen in Tolkien's 'Lord of the Rings', as Aragorn dies, for Arwen there seems little else but the cherish her memories. But the Bible's view of death is that it is both a curse and a blessing (1 Corinthians 15). He stressed that there is physical death, moral and spiritual death (Ephesians 2) and eschatological death (Revelation 21). He then spoke from Psalm 88 of the terrible experience of death and dying.

Dr Russell Clarke a geriatrician provided a medical perspective on what it means to age. He examined biological and biblical perspectives on the topic, and considered our attitudes to ageing and the biblical hope of renewal (2 Corinthians 4:16-18).

Dr Megan Best a bioethecist and palliative care doctor spoke on Euthanasia. She considered the arguments for and against Euthanasia, and finished with an ethical approach that she commended for Christians. Later in the day she spoke about Advanced Directives; documents that state preferences of the patient for medical care in the event they can no longer speak for themselves.

Kate Bradford (a former CMS missionary in Tanzania) works as an Anglican Chaplain at the Westmead Children's Hospital and offered a practitioner's perspective on visiting and caring for seriously ill people - helping to allay fears, being ourselves, respecting patient rights, the privilege of listening to seriously ill people.

Dr Frank Brennan, a Palliative Care Physician spoke about the need for more resourcing for palliative care and a right attitude to when to use it; it's not just to be used at the point of death, it needs to start earlier for many people. He spoke from personal experience of the need to communicate clearly with families and shared 'Stories from palliative care'.

There were many common threads running through the various talks at the conference. For me three stood out, and all had a relationship to one theme:
These three ideas intersect in the notion that it is possible to die well; that is, it is possible even in one's death to have an influence on others for good.

Dr Best reminded us that Euthanasia is based on two Greek words that together mean "good death" ('eu' meaning good, and thanatos meaning death). Most people today link the word with the idea of taking someone's life at their request (or without it), because death is judged to be inevitable for this person, quality of life is judged to have gone, and the process of dying is causing such hardship and suffering that ending the life seems the only logical or humane path. But all speakers stressed that while death is a curse, it is as the Bible teaches, also an opportunity for ultimate blessing for those who trust in Christ. Furthermore, that irrespective of one's views on life beyond this physical life, that it IS possible to die well.

Frank Brennan shared a number of very moving stories from his book 'Stories from palliative care' that describe his own experience in dealing with people suffering as they died. He talked of the great privilege of easing people's pain in the final stages of life and of the way in which one's dying touches all that witness it.

A number of the speakers also spoke about the way in which we too quickly make judgements about the relative value of life, and the dangers of thinking this way. The unborn of course have very few rights and seemingly, for many, no value. As well, the life that cannot be lived exactly the way we would wish to lead it, is seen by some as not worth living. I would be less than honest if I didn't admit that I have my own fears about the terms on which I wouldn't like to end my days. But for me, the challenge at the end of life will be to die well, and that won't simply be a matter of me avoiding pain and suffering. Of course, I won't know how I will handle this until I'm there.

But I'm encouraged by the stories of others that offer testimony to dying well. When John Wyatt presented the 2009 New College Lectures he told the story of Alan and Verity who after a routine ultrasound scan at twenty weeks discovered that their unborn child had Edwards syndrome (Trisomy 18), a tragic and rare chromosomal disorder which causes multiple malformations, severe mental impairment and a uniformly fatal outcome. In this condition nearly all obstetricians will recommend abortion. After agonizing discussion and consideration they decided to continue the pregnancy and little Christopher was born. Everyone was surprised when he did not die straight away; he lived for almost 7 months. His life in Wyatt’s words exercised "an extraordinary ministry". The weakest member of the church exercised a strong, strange influence. “He became, in the end, almost public property.” When baby Christopher died he was still the same size as when he was born. One of Alan and Verity's friends commented that although “Christopher couldn't grow he helped other people to grow”. John Wyatt concluded this story with these words:

"Christopher in his way was a God-like being, a flawed masterpiece. His life was an example of Christian theology in practice, and it was a privilege for me to know him.

Here is a strange paradox. Sometimes we see the image of God most clearly, not in the perfect specimens of humanity, not in the Olympic athlete or the Nobel prizewinner. We see Christ in the broken, the malformed, the imperfect. It is an example of the Easter mystery. God is revealed, not in glorious majesty but in a broken body on a cross."

For me, the theme that stood out most at this year's Medical Ethics conference is that we must do more to offer people support in the final stages of life. Palliative care is not simply meant for the point of death, it is meant to ease pain and suffering and to help people lead the best life possible at the end of life. While the individual right to ask for treatment to be withdrawn is an important one, we must not forget that it is possible to die well. That is, to be a blessing and encouragement to others even in the face of death. How do we ensure that people don't simply see themselves as a burden and how can we reinforce that there is hope? I finish with the Apostle Paul's words to the church in Corinth:

Previous post on ‘Matters of Life and Death’ (here)

Other resources on medical ethics on the CASE website (here)

Case magazine on the theme 'Living and Dying Ethically' (here)