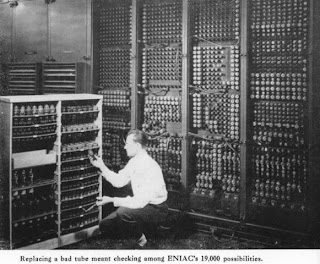 This is my third post about writing. In this post I want to make some comments and pose some questions about the impact of new forms of information communication technology on how we communicate.


The impact of technology

I write this Blog as a 55 year old who can remember as a child our manual exchange home phone being the only one in our street (and everyone using it) and the day our first (black and white) TV arrived (I was 11). I have participated in many subsequent technology advances – colour TV (I bought one just after our kids were born and kept it till they were grown up), personal computers (I bought my first one in 1984), faxes, videos, mobile phones (my first in 1989 and I still have the original phone number), the computer mouse (a big step forward), email (1989), websites, call centres, DVDs, a Blackberry (will I ever escape email again?!), Blogs, Facebook and so on. We've come a long way since Eniac was commissioned in 1946 (photo is a US Army Picture).

With some lived experience of technology I know firsthand that it changes things. I also know that the changes are not always good. When television arrived it reduced family time together (certainly in terms of interaction), it had negative effects for children who watched too much TV, it closed lots of community cinemas etc. I could repeat this for other technology forms – there are always negative impacts, as well as the positive. So as we continue down this path of constant communication technology change it is good to pause (before the next development hits) and question just where each major new wave is taking us.

Language is changing all the time (both spoken and written). The most obvious way this occurs is in terms of language use, particularly in relation to words, spelling and grammar. New words are added to the lexicon with each passing year. What was once seen as an established grammatical form slowly disappears (e.g. the split infinitive rule – I know some of you out there are still holding out on this one). Incorrect spellings become optional spellings and in some cases (over time) preferred spellings. Text genres also change and are adapted to changing needs and purposes. The company memorandum (on paper) has largely been replaced by emails. Personal letters have largely been replaced with SMS messages, emails, Blog posts, Facebook entries. Even literary forms such as the novel are less often straight-forward narratives to become more complex and diverse forms. This type of change has always occurred, but seems to have accelerated in the past 30 years. One of the key drivers of such change has been communication technology (and with it globalisation) which has had an impact on language use as well as the way we communicate.

The word and new media - multiliteracies

One of the most significant changes has been the extent to which the spoken or written word has been supplemented, replaced or changed by images, video and film, and even led to new representational forms (gaming is a perfect example). This has led some to suggest that the written word is less relevant than it was once. There is little doubt that the written word is used increasingly with other forms of communication and that in our world we are surrounded by more complex ‘multiliteracies’. By this I mean new forms of communication that are multimodal and require much more interplay between words, images, sound, video, spoken language etc. However, we still have much to learn about this topic. For those interested in reading a more scholarly discussion of some of this as well as a defence of the importance of narrative for children, you will find a recent paper I presented on this on my website. 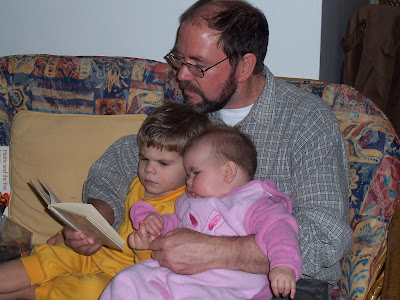 Anyone who reads a Blog will know that there are communication options available today not dreamed of 20 years ago and this is changing the way (at least) some people communicate. If there are people out there (probably not readers of this Blog) who don’t think new forms of communication are emerging, they need to consider the more recent Web 2.0 developments such as MySpace and Facebook. There is little doubt that these new forms of social networking are having a big impact on the way under 30yr olds communicate. Of course, we’re not sure what impact this might have long term on the way we relate to one another, but members of Gen Y have embraced it with great enthusiasm.

Advantages and disadvantages of ICT

The advantages of modern Internet enabled communication forms are obvious:
But there are disadvantages:
Some random implications

Here are what I think are just some of the implications of the above:

1. When we communicate have a clear purpose and audience in mind and choose the most appropriate form for your message. A Blog is a perfect way to establish and encourage interaction and knowledge sharing amongst a network of people interested in a specific topic and who have similar life experiences. But it isn’t the best way for the Australian Tax Office to fulfil its responsibility to inform citizens of changes to tax laws and interpretations. One reader of this Blog commented in a response to one of my previous posts on writing that he isn't about propose to someone by email, but I've observed some examples that come close.

2. Make the most of new media without reducing the importance of the written word - remember the message is the key, not the medium. By all means use data projectors in churches but don’t discourage the personal use of Bibles by projecting all passages and removing Bibles from pews. Conversely, do use the data projector for showing an alternative translation of a passage or to draw in additional material that might support the teaching of God’s word. And all should know about BibleGateway.com. Some churches might even consider using Blogs, Facebook, and MySpace as part of its community building strategies (hopefully not as a replacement for other things).

3. Encourage young people to evaluate critically the impact of each new form of communication and to be aware of potential problems (e.g. web scams, net predators, the dangers of publishing personal information on the internet for the world to see; how relationships might be affected by the way we communicate etc).

4. Don’t replace personal conversations with your friends, family and neighbours with SMS messages, Facebook, emails and Blog posts. Yes, they can work well when you’re on the other side of the country or the world but there is no substitute for personal communication.

5. Do use new media to point others towards significant wisdom and knowledge. A communication diet based exclusively on YouTube, SMS or Facebook entries has some significant limitations. But all are mediums that could be useful ways to communicate significant messages such as biblical truth and to strengthen relationships and networks of people exploring life’s big topics together.

Readers interested in more posts on literacy, communication and related issues might find my blog Literacy, Families and Learning of interest. 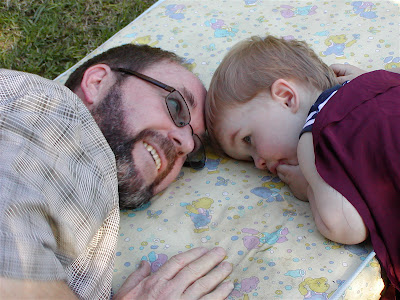