Home   And Just in CASE   Where is God in the midst of disasters?
disasters practical theology theodicy

Where is God in the midst of disasters?

Television stations reported recently that in the midst of almost concurrent disasters in Australia, New Zealand and Japan that they began to receive reports of ‘disaster fatigue’ from their viewers. How do we respond to disasters? Do we show concern for a while, and then lose interest? Do we respond with greater empathy to some disasters over others? Why? Are we more concerned for citizens of our own nation than for other? How much is a life worth? Surely, all lives equal. Do we act as if we believe this? 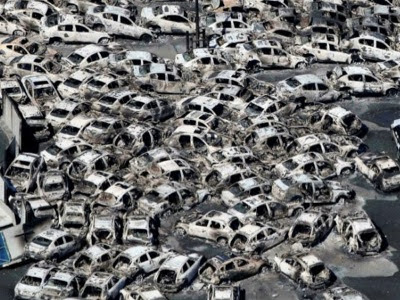 One of the marks of a Christian must surely be the response of sympathy, identification with others who suffer and, action to help and serve others. We are to be disturbed by suffering and the calamities that befall our fellow humanity.
In Romans 9 Paul reminds his readers that the Christian is to hate evil and hold to what is good. We are to show genuine love, serve others and stand beside others, both in hope and in tribulation. We are to “Rejoice with those who rejoice, weep with those who weep” (Romans 9:15).  Paul drew on the example of Christ to exhort and challenge the Philippian Church to consider whether their lives were characterised by a concern for the circumstances of others (Philippians 2:1-4).  We are to be of one mind with Paul on this, a mind that reflects the example of Jesus. We are to show love, sympathy and look to the interests of others.  The example that is to shape our response is seen in the incarnation; the Son of God came as a servant and “humbled himself by becoming obedient to the point of death, even death on a cross.” (Phil 2:7-8)

In the next issue of Case magazine, which will come out within the next 2 weeks, we address some of the questions that disasters raise for us. In our lead article Mattheson Russell deals with the fundamental question, how do we reconcile a sovereign God with the problem of evil? Dani Scarratt looks at one significant event, the 1755 Lisbon earthquake, and considers how it had an impact on how Christians make sense of disasters.  We also consider the way the media portrays disasters and share the views expressed at a live debate hosted by Christians in the Media (CIM) titled 'Media Ethics in Disaster Zones'. The speakers were Paul Richards and Mark Hadley, with closing comments by Dominic Steele. Geologist David Cohen considers what man can do to prepare for, predict and deal with natural disasters like earthquakes and tsunamis. Finally, Andrew Errington reviews David Bentley Hart’s book 'The Doors of the Sea: Where was God in the Tsunami?' that contrasts two rival ways of looking at “natural evil” and the sovereignty of God.

I have been challenged by this issue and, not surprisingly, have further questions that I want explore.  I was encouraged by Mattheson Russell's reminder that Christians are not immune to doubts, nor can we escape feelings of anger and sadness at the suffering of the world. Russell opens this edition of Case by encouraging us to think theologically about disasters. He reminds us that it is okay to ask questions of God.  God is responsible for the world, but he has made a world made of natural and moral independent agencies.  Russell helpfully teases out what it means to talk of God as sovereign in a world where bad things happen. He draws on the doctrine of providence and discusses how this affirms that God “acts in the world in specific and purposeful ways.”  Finally, he considers how we reconcile the presence of evil in our world with a sovereign God who is responsible and acts providentially? He concludes that “evil is not morally ‘consonant’ with the goodness of God” nor is it part of God’s good plan for those he created. Ultimately there will be no victory in evil and suffering, victory will only be seen in Christ. We are to fight against evil, empathise with those who suffer and look to the day of Christ’s return.
I suspect that how well we understand the nature of evil, suffering and the relationship of each to God matters profoundly in at least two ways. It affects the way we view God, and it affects how we view and relate to one another. It troubles me that in spite of their significance, we often throw our hands in the air and say, “these questions are too hard for me”. 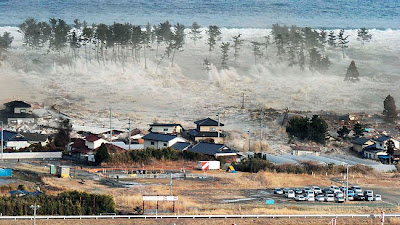 We’ve tackled this topic, because while we know questions, doubts and even anger are understandable responses to disasters, but retreat from hard questions is not.  And notwithstanding our questions, there is one response that must be evident within the life of all Christians, and within the life of the church – empathy. There is no place in the heart of the Christian for indifference.  We are to weep with others who weep. As well, we are to respond to their needs. This should be grounded not in our own strength, skills or qualities, but in our overwhelming sense of wonder at the grace of God in forgiving us and sacrificing his own son as atonement for the sins of a broken world.