Home   And Just in CASE   What’s your view of the world in 2008?
beliefs philosophy review worldview

It’s New Year, which is not my favourite time of year, but I must NOT do a post on the problems with New Year’s Eve indulgences. I want to start the year with a post that is positive. One thing I do like about the New Year is the ritual people go through of making New Year’s resolutions. Yes, I know this is rolled up in superstition and people’s good intentions often lead nowhere. And I know that Jenny Craig and Weight Watchers make a stack of money in January each year. But I always like to start the year with prayer and reflection on where my life is heading, and where I have been in the last year. I also like to express thankfulness to God for his grace and mercy in my life, not just for the last year but also for every undeserved moment for which he has given me breath.

My most memorable New Year’s Eve was at midnight atop a freezing craggy hill west of Gerringong (in NSW) with my entire Beach Mission team leading them in prayer as the year 2000 began. I’m not sure what the team thought, but I bet it was memorable even if only because we were frozen within a whisker of hypothermia.

In the interests of healthy self-reflection, I have a suggestion for this New Year. Why not make 2008 the year in which you consider your view of the world. I’ve been reviewing Simon Smart’s book A spectator’s guide to worldviews: Ten ways of understanding life for Case magazine. The book has been published by Blue Bottle Books and is available from Anglican Youthworks (in Sydney) and Christian bookshops for $AUS24.95. Just how many of us have carefully considered the very foundations of our beliefs? I want to recommend that you read this very useful book. For at least two reasons:


Reading this book with each of these frames in mind will also strengthen the apologetic skills for those readers who see themselves as Christians. When we attempt to share our beliefs with others it is helpful to know from which worldview framework they are coming.

The book has ten chapters, written by a variety of well-known Christian authors. Each chapter deals with a different worldview – Christian, modernism, postmodernism, utilitarianism, humanism, liberalism, feminism, relativism, new age spirituality and consumerism. Each chapter of the book has a common framework that consists of a summary of the worldview, a section that deals with points of agreement and departures from Christianity and a discussion section with questions for individual or group study. The book also includes a series of narratives or interviews with people that attempt to ground the various worldviews in people’s personal stories.

You might be sceptical and ask, is this just an academic topic for academics and theological students to offer fodder for discussion and debate? Well, yes, and no! Worldview is a great topic that can stimulate deep academic and theological discussions, but it is also foundational for anyone who wants to discuss ideas and ponder life with others. It is helpful to be sure of why we believe the things we do, and why others confuse and frustrate us by not being able to see the world just the way we do.

For example, Andrew Cameron’s excellent chapter on Utilitarianism will help you to understand (in part) why some people you know don’t want to debate at length Christian opposition to topics like abortion. Why some people’s eyes glaze over when we speak of the rights of the unborn child. You will see how the utilitarian belief, that we should do all that we can to create more happiness (or more accurately utility), has influenced their view of the world and the way they make decisions. Why they seem to place more emphasis on the consequences of their actions (rather the 'rightness') when making a decision – what impact will this action have for others and me? Why they might be reluctant to discuss whether an action is right or wrong. It will also help you to see understand the Achilles heal of a worldview like Utilitarianism – why Christians believe that Peter Singer is so wrong on so many things including euthanasia, infanticide and abortion. The belief that an action is only right or wrong because of its results fails to accept that we frequently face decisions that require us to decide whether our action is right or wrong. It will also point to the foundational beliefs of a Christian worldview that leads Christians to reject utilitarianism and utilitarian thinking and argument.

In contrast to utilitarianism, a Christian worldview assumes that humanity owes its origins to God as creator who’s very character is reflected in his creation; that this life is not all that there is; that all people were created in God’s image and have value; that each life is ‘inviolable, unrepeatable and irreplaceable’ (to Quote Pope John Paul II); that true happiness is not founded on the utility of our actions but on an understanding that God seeks to have a personal relationship with us through Christ.

Of course, worldviews are complex and internally diverse (i.e. there are many versions of utilitarianism, postmodernism etc). As well, it is likely that the average person has a worldview influenced by many (if not all) of those discussed in this book. For example, in trying to understand why someone is indifferent to your arguments on abortion, it is likely you’ll need to understand how your view of truth differs from their view of truth (see the chapter on Relativism), why their views on common good and choice are different from your’s (see the chapter on Liberalism), why your view on humanity is different from their view (see the chapter on Humanism) etc. This highlights one of the strengths of this book, ten major worldviews are presented in parallel for consideration and discussion.

This is very much an introductory book. If you have already studied some of these topics the book probably won’t offer any new knowledge. But it does offer a good overview of the topic packaged in a very readable format. It would be excellent for individual reading and reflection or for reading with a group of people. It’s an easy read that many people will find helpful in unpacking the beliefs that are foundational to who they are and perhaps some of the unhelpful baggage from various worldviews that they might have picked up along life’s way. Think about this idea for 2008.

On this New Year’s day I want to wish readers of this Blog God’s richest blessings, I pray that he will bless and use each of your lives for good, bringing honour and glory to his name. 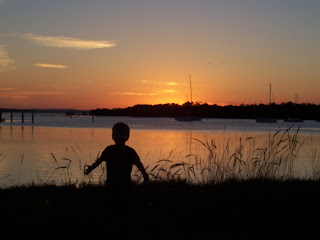