Home   And Just in CASE   What is the True Scandal of the Evangelical Mind?
evangelism universities and apologetics

What is the True Scandal of the Evangelical Mind? 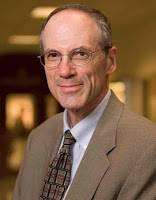 Professor of History at the University of Notre Dame, Mark A. Noll suggested almost 20 years ago that the Evangelical Christian church had headed down a path towards anti-intellectualism. He opens his challenging book ‘The Scandal of the Evangelical Mind’ with the confronting words:

“The scandal of the evangelical mind is that there is not much of an evangelical mind…They have nourished millions of believers in the simple verities of the gospel but have largely abandoned the universities, the arts, and other realms of ‘high’ culture’.”

While many Christians found his book helpful and challenging, its central thesis has been contested by many and for varied reasons. While some would agree with his most obvious point - that many Christians have failed to engage culturally and have spent even less time thinking theologically about their life in the world - some might question the justification for his thesis. Certainly, Creation Scientists and American dispensationalists would question his arguments, for they bear the brunt of much of his criticism.

Carl Trueman in his eBook 'The Real Scandal of the Evangelical Mind'  has sought to turn Noll's claims on their head by making another obvious point; there is no clear definition of what we mean by an Evangelical. For Trueman, the real scandal is that for too many Christians, there has been a disconnect between their intellectual and moral lives and their biblical and theological foundations. Trueman argues well that Christians who claim to be Evangelicals have failed to spend time grasping even the most basic elements of the faith and avoiding engaging their minds about issues that matter. Many have failed to consider God's nature and character, our personhood as his created beings, moral issues as basic as gender and sexuality, biblical authority and so on. Instead, we have avoided awkward discussions and distilled what are seen as the essentials of being an evangelical to anyone who "sees the Bible as a jolly good book and that Jesus was a decent bloke". 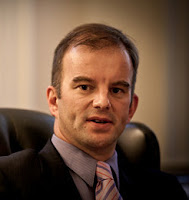 Theologically I find myself in agreement on many things with Carl Trueman and I share his view that the term evangelical has become so loosely defined as to be unhelpful or useless for communicating with other people. But, I'm not prepared to so easily dismiss Noll's point. Both Trueman and Noll manage to put their fingers on two aspects of the problem of the disappearing influence of Christians in public life. For me, this isn't a matter of academic vanity or lamenting Christians becoming "less important, more marginal, and increasingly despised" (as he 'gently' puts it). I don't think the point can be won that easily. It is important for Christians to have a voice in all aspects of life and be able to offer a biblically informed view of the things they believe and the actions they take.

There is certainly some evidence in Australia to suggest that Evangelical Christians are less visible in the secular academies than they once were, but evangelicals have not abandoned university campuses, they have simply become ‘outsiders’ involved primarily in chaplaincy and student-based ministry. And those Christians left on university staff on campus have often made themselves small targets, keeping their religious views and often even their faith, well hidden. The Australian Fellowship of Evangelical Students (AFES) with its ministry to university students has experienced phenomenal growth in the last 10 years. But the number of Christian staff on faculties appears to have declined. This could be claimed of other professions and other social institutions. 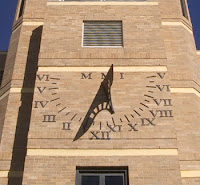 Noll’s point is not that theologians and theological colleges have shown no intellectual muscle, quite the opposite, but that evangelical Christians while placing a primacy on the serious study of the Bible, have spent much less time considering “sober analysis of nature, human society, and the arts.” Evangelical Christians he suggests have neglected the ‘life of the mind’. By this Noll means the effort to think like a Christian about the world, that is, to think within a Christian framework or worldview. His challenge is for the Christian to consider, critique, understand and think about the physical world, as well as the nature of human structures like government, education, the economy, the past, the aesthetic, and the nature of humanity.

Of course, Trueman might be right in his claim that the reason so many have become impotent as Christians in the academy and other places is simply that they have ignored the fundamentals of their faith and have failed to grasp the deep things of God.

We know that as Paul reminded the Corinthian Church, that we do not impart "...a wisdom of this age or of the rulers of this age, who are doomed to pass away. But we impart a secret and hidden wisdom of God, which God decreed before the ages for our glory"(1 Cor 2:6-7). No, with Paul we come in weakness, fear and trembling with knowledge of nothing "except Jesus Christ and him crucified" (1 Cor 2:1-5). But of course these deep things must change us and lead us to live our lives under God's authority. Lives that are informed and shaped by his Word to us, surrendered to his Son and lived sacrificially for his glory.

The purpose of CASE

The formation of ‘CASE’ at my own college within a major secular university was motivated by the desire to encourage Christians to addresses the relationship between theology and other forms of knowledge and learning. In the process, we have sought to engage with people who do not share the Christian faith. We don't see our primary goal as evangelism, but we see intelligent application of biblical insights to all of life as foundational to evangelism.

Organizations like CASE have an important role to play. We are not alone; there have been other groups attempting such work for a long time. One which comes readily to mind is the 'Institute for the Study of Christianity in an Age of Science and Technology' (ISCAST) which is an Australian organization dedicated to exploring the interface between science and the Christian faith. Its membership consists of scientists, theologians and professionals with standing in their own fields and a commitment to the Christian faith.

The content of this post was part of an address I gave at St Mark's Theological Centre in Canberra at its commencement in March. Interestingly, St Mark's is one of the few Christian centres for the study of theology that is integrated fully into a university. You can read my paper titled 'Regaining Our Voice in the Secular University' HERE.