Home   And Just in CASE   'To Change the World': A Review
Christian History Culture Values Worldview

'To Change the World': A Review

I've been reading James Davison Hunter's book 'To Change the World: The Irony, & Possibility of Christianity in the Late Modern World'. Many have acclaimed this book as one of the most significant Christian books for some time, including Tim Keller, Charles Taylor, Nicholas Wolterstorff and Justin Taylor. Justin Taylor says of the book:

Written with keen insight, deep faith, and profound historical grasp, 'To Change the World' will forever change the way Christians view and talk about their role in the modern world.

Has this book been over-hyped? Maybe a little, but it is a very significant book that has challenged my thinking about Christian engagement with the world.

The book has three parts, which Hunter calls 'essays', each with multiple chapters:
Hunter's aim in writing the book is to challenge Christians to think about the way they engage with culture and how they seek to change the world. He writes:


"I contend that the dominant ways of thinking about culture and cultural change are flawed, for they are based upon both specious social science and problematic theology. In brief, the model upon which various strategies are based not only does not work, but it cannot work." 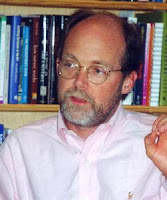 Hunter begins in his first essay by offering a critique of the assumptions that have driven Christian public engagement and action. He looks first at culture and methodically demonstrates the errors inherent in how people view culture. Speaking from the vantage point of his life in America, he is critical of the political theologies of the Christian Right and Left and the Neo-Anabaptists in the USA.  He argues that if we want to change the world we "must begin with an understanding of what is to be changed."

The essence of culture he suggests is not found simply in the 'hearts and minds of individuals', that is, in what are called 'values'. Efforts to change values, worldviews and impart great ideas of what is real and true, will fail to change the world. Wilberforce, Churchill, Martin Luther King, Mandela and others did not change the world because they simply held to the right values.  Our views of culture, are in his view weak, and fail to take into account the factors that give it strength and resilience over time. Change does not occur simply through the power of great ideas, but as these ideas meet elite networks and institutions, penetrate them and then spread their influence through new institutions and networks of influence.  He argues that at every point of significant cultural change there is "rich patronage" that resources intellectuals and educators who within their networks "..imagine, theorize and propagate an alternative culture." Overlapping networks of leaders and resources come together and give a critical mass to the ideals, practices and goods of an alternative culture.

Hunter is at pains to stress that while he believes evangelism and social reform are priorities for the church, the working theory of culture on which they are based is flawed. In a sense he is saying that churches and individuals pursue right agendas to make Christ known in word and deed, but they are doing this often from a position of isolation on the periphery. His stress on networks and in particular the penetration of elite networks, would seem timely to me as I observe many Christians fleeing the professions, schools and universities to train for full-time ministry. Significant cultural change requires some Christians to be operating at the centre of elite networks.

Hunter also helpfully reminds us that at key moments in history new institutions are created that give form to culture, enact it and give expression to it. Hunter cites many examples of how his alternative hypothesis has been demonstrated at key points in history, including the spread of Christianity across the Roman Empire, the conversion of Barbarian Europe, the Reformation, the Great Awakening (1730s-1740s) and even many key periods of secular cultural transformation such as the Age of Enlightenment. How are Christians at work today to create and sustain such institutions? For example, if universities are one of the existing types of influential institutions, why don't more bright young Christian men and women commit to a lifetime of faithful work as servants of God within these networks?

Hunter offers an alternative way for Christians to view how they should spend their lives for God. He suggests the embracing of a different paradigm to engage with the world, something he calls “faithful presence". This is an ideal of Christian practice that is both individual and institutional.

He begins to demonstrate what 'faithful presence' is by contrasting it with what it isn't; three 'paradigms of engagement' with culture and the world.  He suggests that there are three major paradigms at work today:

a) 'Defensive Against' - This is seen in the activities of political and cultural conservatives who join forces to create enclaves set against the world. Christians who embrace this paradigm have as their major objective the retention of Christian orthodoxies and conduct (e.g. lifestyle, ethics, liturgy, church practices etc). Christian institutions of all types he suggests are created to hold off the forces of pluralism, secularisation and change.

b) 'Relevance To' - For adherents to this paradigm the aim is to ensure relevance to the issues and problems of the age. While Hunter suggests that liberals were the first to embrace this paradigm, more recently some evangelicals have moved in the same direction. The 'seeker-church' and 'emerging church' movements are examples of this paradigm that place a priority on being connected to the issues of the day; being in touch and meeting the "felt-needs" of church attenders, especially non-believers.

c) 'Purity From' - This paradigm he argues is reflected in a desire to uphold historical truths (like 'Defensive Against'), but this group goes further and concludes that there is little to be done for the world in its fallen state. The central task then is to extricate itself from the forces of the world and enable authentic witness. 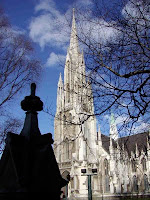 While not suggesting that each of these major paradigms is without biblical justification, or that all the activities that characterize these paradigms are without merit, Hunter argues that ultimately they fail to effect major cultural change and make a difference for the Kingdom of God. Using real-life examples and careful historical and cultural analysis, he suggests an alternative way based on what he calls the practice of “faithful presence.” Such practices will be more fruitful, Hunter argues, more exemplary, and more deeply transfiguring than any more overtly ambitious attempts can ever be. He reminds us that presence and place matter and that this is demonstrated so profoundly in the incarnation, "the very character of God and the heart of his Word is that God is fully and faithfully present to us." God pursues us, identifies with us, and offers us life through his sacrificial love. In short, a theology of presence is an engagement in and with the world around us. Hunter argues “...that where and to the extent that we are able, faithful presence commits us to do what we can to create conditions in the structures of social life we inhabit that are conducive to the flourishing of all.”

It would be easy to critique Hunter's work by pointing to the over-simplifications that can occur when allocating discrete categories that summarize complex and diverse expressions of Christian faith. But Hunter doesn't claim that his three paradigms neatly describe the world. It would also be easy to get to the end of his book and say, but what has he shared that helps the reader to practice faithful presence, for there is no 10 point checklist to follow. And we could also argue that too many Christians in the past have pursued the path of elite networks in the past for personal gain rather than the Kingdom of God. But I think his book should be a major corrective to how many of us think.

Hunter's book doesn't offer a simple explicit alternative. The reality is, as one reviewer observes, "Faithful presence is not the starting point of Hunter’s book, but its conclusion". The strength of Hunter's work is his methodical discussion of culture and our capacity to influence it, the evidence he presents in relation to the nature of cultural change and his critique of the way the Church deals with the challenges of pluralism and increasing secularisation. 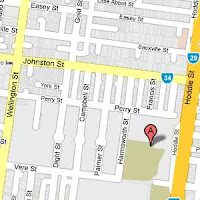 The full benefit of Hunter's work will only occur as people read the work, discuss it with others and consider its implications for life. How do we spend our lives in the key relational communities that make up our world - family, church, neighbourhoods, workplaces, cities, nations? How do we relate to key institutions like the State? How do we fulfil faithful presence in the key roles we fill - husband, wife, son, neighbour, worker, boss, citizen? How do we see the significance of our influence within the spheres of our life - families, neighbourhoods, voluntary associations, work and so on. How does the way we live, in the places that we live, contribute to the flourishing of all? This is a book that deserves to be read by many and discussed at length.