Theology and the Future of Education and the Church

The New College Lectures are underway. Tonight we will enjoy our final lecture. The theme for the lectures is ‘Theology and the Future’. Our three speakers are Prof John McDowell, Dr David Starling and Dr Michael Jensen. The trustees of the Lectures (of which I am one) believe that it is timely to consider the place that theology has in any discussion of the future.

In an edited collection of essays in honour of Jürgen Moltmann titled 'The Future of Theology' (1996) Miroslav Volf pondered the problem of the seeming irrelevance of theology to many with this comment:


"Could it be that the problem is not so much that theological language is foreign but that theologians themselves are deracinated - they have severed their ties with concrete communities of faith, the sole crucibles in which the virtues and practices of which they speak can be forged in culturally specific ways, and become free floating intellectuals, proudly suspended by their superior knowledge above the hustle and bustle of ecclesial life, speaking from nowhere to nobody in particular?"

Volf was writing for theologians but the laity cannot escape the claims. Is part of the problem of Christianity's loss of relevance in the public square that far too few of us consider what our theology is, how it is supported by Scripture and what relevance it has for our lives? How seriously do we apply our theological understanding to life? Indeed, how different are our lives to those who completely reject theology?

Theology & the Future of Education 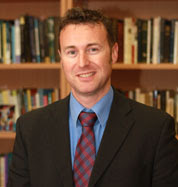 On Tuesday evening Prof John McDowell, Morpeth Chair of Theology at Newcastle University, helped us to consider the future of education. Prof McDowell took us on a journey beginning with theological education, and touching on the challenges of education in its varied contexts, including the university, schools and the church. He began with an historical account of how in the 18th century theology moved from the very centre of university education to the periphery, to become one among many disciplines. He argued that the scholarship of Kant and others burdened theology with the yoke of ‘practical reason’ and ethics and, in the process focussed it on how we live, not on what is true about God, the world and our relationship to both. The reforms of Friedrich Schleiermacher at the University of Berlin in the 19th century provide yet another constraint on the place of this once central discipline, Theology became positioned as ‘clerical-training’.

With the continuing reform of the university and, in particular, theological education, he spoke also of the loss of personhood from learning and education. Gradually they lost their centring as human pursuits, to become something moulded by individual will, individual choice, the good life, the common good and so on. Instrumental rationality began to dominate, leading to a stress on transferable skills and a loss of the things that were once seen to matter.

In responding to what we are to do about the somewhat emaciated nature of education that we have inherited, he turned to Alasdair MacIntyre’s appeal to universities to train students in good judgement. This is a judgement that might move us beyond narrow notions of critique, analysis & evaluation and, instead towards the possibility of the application theology with richer considerations of ‘attention to subject-matter’, ‘attention to community’ & ‘attention that is critical’. He argued that a critical and ‘attentive’ theology can offer an alternative, humanising and transformative vision to an education system that has been commodified and individualised. This is broad view of theology he suggested offers us transformative insights on who we are and what our relationship is to our God and each other. He concluded:

“An attentive Theology of the type broadly offered here indicates the importance of asking what education is for, and by attending to its responsibility for human well-being it can offer a vision of education beyond any reduction to consumer will and the pressure of the market. Embracing and promoting serious, rigorous and honest lifelong learning characterised by good judgment might then mean that the theologian could encounter the silence of interest from those who want to hear and discuss the issues more than the silence imposed by anti-theological sarcasm. At the very least, a well-ordered Theology can critique the faith/reason, practice/theory dualisms that tend to underlie the more dismissive versions of silence, and the more simply disinterested versions that are grounded in the vision of individuals’ will-to-consume.”

Theology and the Future of the Church

Last night, Dr David Starling applied a more traditional view of Systematic Theology as “the discipline of Christian thought that attempts to construct an ordered, rationally coherent account of the inter-relationship between God and the universe, with comprehensive scope and enduring validity”. He addressed two questions: whether we ought to keep attempting the task of Systematic Theology? And, if we do, what shape might that theology take?

He took as his starting point in the lecture the claim by Stanley Hauerwas in the 1990 New College Lectures, titled ‘After Christendom’ that “the very notion of a Christian systematic theology is one that is obsolete in our time”. Further, he responded to claims made by Hauerwas and others that we should “abandon altogether the idea of a single story and a single church, and embrace instead an infinite plurality of ways in which stories of Christ could be told as expressions of the experience of individuals and communities”. To make his case for Systematic Theology, he considered the Apostle Paul’s first letter to the Corinthians and explored the ideas of community and narrative evident in his word to them.

To begin his analysis he helpfully drew parallels between the life of Corinth and our own life, and demonstrated that the religious pluralism, cosmopolitan nature, status inconsistencies, and the power of market forces in our times, are similar to the forces at work in Corinth. This is a healthy corrective to those who would want to suggest that these ancient writings were addressed to a people and a place with little in common with us.

Dr Starling proceeded to unpack how Paul challenged the church in Corinth to be a missionary community, witnessing and sharing testimonies that lead to deep theology. It was helpful to be reminded as people of faith who see difference far too easily and discount that which binds us together, that we are called to be a ‘catholic’ community aware of the place we have with all the saints in Christ. And of course, in keeping with the theme of the Lectures, he showed how Paul urged the Corinthians (like us) to have an eschatological perspective in relation to the identity of the church, not just caring about the present and the proximate future, but waiting and looking with great expectation to the day of the Lord Jesus Christ.

Dr Starling then moved to his second key category, and the narrative that Paul proposed should bind community. He argued that Paul’s letter shows that it is to be a stable and unchanging salvation-historical narrative; one that is apocalyptic and prepared to look for the hiddenness of God’s hand in the world that we see and experience each day. Paul’s challenge was to be a people prepared to assert propositions that are seen as mere foolishness to many (1 Corinthians 1:8). And finally, he reminded us that this isn’t a narrative for our own back yards, our cultural situation, it is a cosmic narrative. He concluded:

"But the kind of theological system-building that is consistent with the trajectory established in 1 Corinthians is not a set of pure, timeless abstractions that can be stated independently of the particular, historical assertions at the core of the Christian faith; nor are its vast, ambitious claims about the comprehensive implications of the lordship of the risen Christ articulated without reference to the problems that arise for the people of Christ in particular contexts and circumstances. Hauerwas is right on these scores.
And (once more in agreement with Hauerwas) it is still salutary for a post-Christendom church – just as it was salutary for the pre-Christendom Corinthian church, with its false expectations of social acceptance and prestige – to be reminded of the paradoxical combination of boldness and humility with which such theological system-building needs to be undertaken, if it is to be authentically an act of Christian faith, hope and love."

Theology and the Future of Humanity

I will provide a post on the final lecture tomorrow.

The three lectures are already available in shortened forms within Case magazine, the apologetics centre within New College. Associates of CASE will receive this in the mail next week. Others can purchase them online HERE.

The lectures will also be made available in audio and some video formats in a few weeks.