The Relationship of Music to God, Faith, Creativity & Language 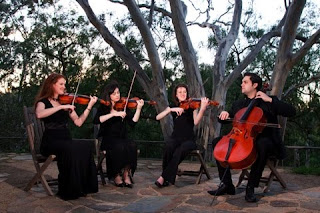 Music is pervasive in modern Western culture. Scarcely a day goes by when we are not surrounded by musical sounds. It would be hard to avoid music. I grew up in a household where music was very important. My introduction to classical music was through a tiny jewelry box that sat on my mother’s dressing table. I would sneak into her bedroom and lift the lid to hear the beauty of the music playing ‘Fur Elise’. Music is still special to me. In all its forms it can capture my attention, move me deeply, excite me, teach me, challenge and rebuke me, make the hairs on the back of neck seem to bristle, make me tap my feet and sway my body, think of my mother, my life experiences, my hopes, passions and fears, and it is an integral part of my worship and praise of my God. Music is indeed part of life.

But is it more than just an accompaniment to life? More than just entertainment and a high point of culture? Would it matter in the church if we had only words and no music? Intuitively, even the non-musician is tempted to say, "well of course it’s more than that".

Professor Jeremy Begbie has just concluded a series of talks and performances for the 2010 New College Lectures at the University of New South Wales (Sydney). The series had the theme ‘Music, Modernity and God’ and addressed three sub themes – ‘Creativity’, ‘Freedom’ and ‘Language’. In his final talk last night Pofessor Begbie concluded that yes, music is much more than just an accompaniment to life, it is an important part of the life God has given us and both reflects and speaks of God’s purposes for us.

He suggested that if we didn’t have music we would be all the poorer because music can help us to ‘read’ the story of our culture with the eyes of Christian faith, responding in fresh ways to some of the deepest dilemmas and truths of our time. Furthermore, music offers metaphors that can help us to understand the deep truths of Christianity – God, creation, freedom, rebellion and sin, salvation and redemption, the new creation to come and the fulfilment of God’s promises in Christ. He led us to this conclusion by teaching us over three nights using word, image, performance on the piano, recorded music and image. It was a memorable series that has been deeply challenging.

On night one he addressed the question ‘Can we be creative in a world made by God?’ He looked at the key assumptions of modernity and the proposition in the modern era that human creativity is basically a matter of bringing our own order to the physical world, constructing things out of nature but without regard for nature. 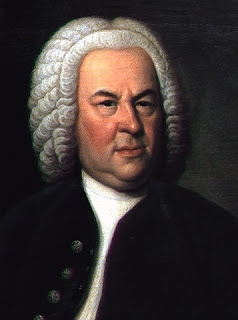 He challenged the idea that discovery and creativity are assumed to work against each other. Memorably he used Bach’s Cantata 78 ‘Jesus, der du meine Seele’ and ‘Chaconne’ from Partita No. 2 in D Minor for solo violin to show us what a folly this notion is.

Bach’s work he demonstrated was an amalgamation of styles, amazing complexity, even in repetition. Yet, somehow, in the midst of this there is great simplicity. Bach’s music demonstrates a vision of cosmic order and positions us as creative agents within it. Bach did not appear to believe that the rules of music are wholly dependent on culture, fashion, custom, taste or even human make-up. Rather, his work reflects and illustrates the idea that music is “grounded in God-given order in the physical world” – the composer respecting and eliciting them to create harmony that testifies to its Creator. Music glorifies God in its own way.

On night two Prof Begbie began by posing the proposition ‘Can we be free with God in our space?’ He challenged the notion that having a creator God in our space can only lead inevitably to a battle between the two.

He suggested that music can help us to understand deep biblical concepts such as the Trinity and the concept of freedom as spoken of in John 8:36 “So if the Son sets you free, you will be free indeed.” 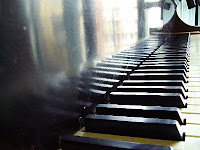 With wonderful clarity he suggested that at times our use of words and even images has offered almost sub-Christian explanations of deep truths like the Trinity. Music he suggested can help us to understand biblical metaphor and biblical truth in new ways. Not as a replacement for word and image but in addition to it.

I will never forget how he demonstrated ‘sympathetic resonance’ to show how two sounds do not need to be in opposition, and can indeed work together - the upper note helping the lower note to resonate – one enhancing the other, not constraining it.

So too, the biblical account of freedom suggests that rather than taking away our freedom, God can free us from our enslavement to sin and rebellion and help us to be free to become the people he meant us to be (John 8:36). A profound truth demonstrated in the simplest of ways.

On night three he posed the question ‘Can we speak about God without words?’ Once again he spoke, played, shared orchestral music, used images and offered words to unpack the question. He pointed out that in the modern era we have seen an increase of confidence in the powers of human language to describe and control the world, especially the language of science. But even words do not depict reality through one-to-one correspondence. Many have pointed to the severe limits of language; the things we cannot say seem to be as important (sometimes more important) than the things we can see. 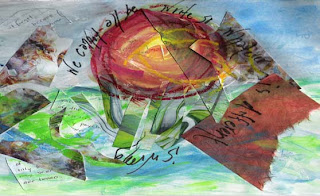 He explored the way music has been caught up in these debates about the power and limits of language, not least when it comes to speaking of the Christian God. He traversed the varied views on the place of music in relation to language, questioning the German Romantics’ notion that instrumental music offers the highest form of the arts and somehow is connected to the divine in ways that words cannot be.

Instead, he pointed out that the realities of which words speak often seem to “exceed the grasp of language”. Music sits with language. Language and the word is in the centre of God’s purposes, but music can be faithful to words while "doing its own kinds of work in its own kinds of way". Music can help us to be more faithful to the word and in the process help to make more intelligible the truth that is communicated.

Jeremy Begbie was interviewed on Hope 103.2 this week on the 'Open House' program.  You can DOWNLOAD HERE.

ABC Radio National's Rachael Kohn interviewed Jeremy on 'The Spirit of Things' during the Lectures. You can download the interview HERE.

This was a memorable Lecture series. We hope to post a composite MP3 version of the talks soon and may post some video segments as well. Watch for these in coming weeks. I will post the details on this blog when they are available.  ABC Radio National is also working with us to broadcast the lectures later in the year.  Once this has been done we also hope to post the talks on our website.

If you would like to read more of Jeremy Begbie’s work, the recent article he wrote for CASE is a great place to start – ‘Polyphony of life: Dietrich Bonhoeffer’. The whole issue of Case #23 is devoted to the theme ‘Music and Theology’. This can be purchased in hard or soft copy (overseas only).

Jeremy Begbie’s most recent book ‘Resounding Truth: Christian Wisdom in the World of Music’ (2007) also covers some of the content of the lectures. He also has a new book in preparation but this won’t be available for 18-24 months.