The problem of increasingly absent parents

Nicole at '168 Hours' blogged a few days ago concerning the pressure on ‘Tween’ girls today. She made reference to a review in the Sydney Morning Herald of a book written by Maggie Hamilton – What’s happening to our girls. She made special mention of the fact that by the time girls are close to becoming teenagers both parents are working, female role models are less available (because they see their mothers less) and so some girls turn increasingly to peers.

“While this gives tween girls more freedom, many end up spending a significant amount of time on their own….As parents are frequently not around, girls turn to their peers for support. This gives young girls a lot of power over each other's lives.” 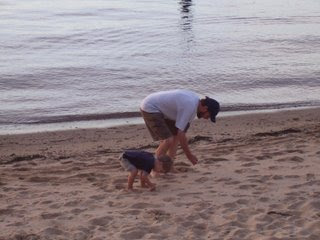 The same can be said in relation to ‘tween’ boys and fathers. There is good research evidence to suggest that there is a relationship between the time mothers and fathers spend with their children and their children' well-being. I’ve written a number of previous posts about families and time with children, including reduced time being spent by parents with their children (here), the reduction of time spent sharing meals (here), and the role of fathers (here). I also wrote in Case magazine last year concerning research concerning the impact of fathers on their children’s lives (available here).

1. There are qualitative differences in the time fathers spend with their children

What studies like the above show is that more mothers than fathers engage in experiences with their children, and particularly with their sons, that promote physical and emotional intimacy. These data also suggest that if mothers are less available for boys in the teenage years will, that this could have adverse effects, particularly when coupled with low father involvement.

2. Growing up without a father makes a big difference

Research also consistently shows that children growing up without their fathers face more difficulties and are at higher risk of low school achievement, higher unemployment after school, earlier childbearing and delinquency. Boys growing up without fathers also seem especially prone to exhibit problems as varied as gender-identity, psychosocial adjustment, and aggressiveness. Girls are also affected by father-absence, although the effects on girls may be less enduring, dramatic, and consistent than the effects on boys. The absence of mothers (increasingly), as Maggie Hamilton writes, increases the risk of problems for girls as well.

Fathers play an important role in their children's socialization and including having potential influence on their children's relationships with peers (this applies to girls and boys). Professor Ross Parke at the University of California (Riverside) has spent many years exploring mother-father differences in styles of interaction. A particular interest has been in the lessons that are learned in the family that, in turn, influence children's adaptation to peers. He has identified several sets of mediating processes that bridge the gap between the family and peer group:
Research also suggests that fathers are important players in the development of a child’s emotional regulation and control. For both resident and nonresident fathers, active and varied involvement in their children's lives, rather than just the amount of contact and time, appears to be important. In the teenage years, strong and close relationships with resident biological fathers or stepfathers are associated with better educational, behavioral, and emotional outcomes. High involvement and closeness, appears to reduce delinquent behavior and increases emotional stability.

Research evidence continues to show what the Bible has always taught, families matter! Mothers and fathers play different but complementary roles in nurturing, teaching and guiding their children. 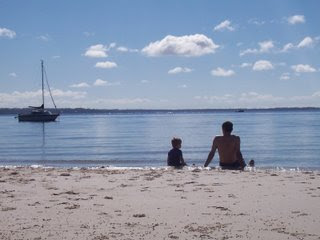