Home   And Just in CASE   The need for truth, not seduction, in a pluralistic world
Church epistemology evangelism pluralism truth worldview

The need for truth, not seduction, in a pluralistic world 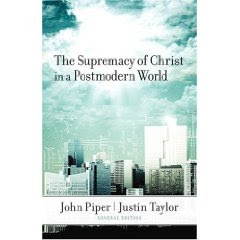 The challenge of pluralism

It seems that for every generation there will be cultural challenges. In the 1960s (my teenage years) the younger generation was focused on a quest for 'freedom'. This showed itself in the questioning of the authority of institutions like the church and the state, the desire for sexual freedom and for women, in particular, feminist challenges to traditional roles and relationships between men and women at work and in the home. In this present age some of the greatest challenges are a consequence of the rise of cultural and religious pluralism and the challenge of postmodernism to truth claims. This has had consequences for Christians and the church and their place in societies like Australia that were once thought to be 'Christian'. Professor David Wells has some helpful comments on this topic in Justin Taylor and John Piper's book "The Supremacy of Christ in a Postmodern World" (Crossways, 2007), a book that I've been reading this week. Wells suggests that the impact of pluralism has been that religions have tended to lose their edge and distinction. He argues, "religions tend to blur in the postmodern mind and become undifferentiated from each other." While some could counter this generalisation by pointing to some sections of major religions that have become more radical and others that have become more fundamentalist (I don't use the term pejoratively) or conservative; but the tendency to water down distinctives ('blending in') is a strong pressure.

In the face of the challenge of pluralism, many have left religions due to the perception that traditional religious beliefs are too narrow and inhibiting; new atheism has been one of the responses. Other people have left mainstream churches and have sought spiritual fulfilment in other places. Wells rightly points to the fact that while established religions have suffered in western countries, that new spiritualities have emerged and some old ones like paganism and Gnosticism have re-emerged. For many, a new spirituality has been sought through peace of mind and inner transformation. A new level of consciousness is being pursued, which in its shallowest form is about self-awareness, self-esteem and self-actualisation. It seems that when there is a search for the sacred, it can be frequently sought for what can be gained personally from this new type of spiritual devotion. The search is not for the God of Christian religion but for the god within; a god found in the self. This is a faith suggests Wells that:

"...begins in the soil of human autonomy and it gives to the self the authority to decide what to believe, from what sources to draw knowledge and inspiration, and how to test the viability of what is believed." 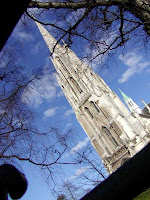 What we have is a conflict of worldviews; people with different frameworks for understanding their world, rejecting things once taken for granted as givens. And of course, Christians see this at its foundation, as rebellion against God and the rejection of Christ. How do we respond? In such a pluralistic world Wells suggests that the Christian church should respond not by adaptation but by confrontation. Not aggressive clashes of behaviour and words but a willingness and boldness to understand people who are rejecting the Christian faith and "to speak the truth in love" (Ephesians 4:15).

Speaking the truth in love and with humility

As I suggested in my post on 'Humble Apologetics' Don Carson has some wisdom for us here. In the 'The gagging of God: Christianity confronts pluralism' (1996) Carson, while pointing out the obvious errors of postmodernism, concedes that there is at least one thing that we can learn from it. He suggests that postmodernism is a counter to arrogant dogmatism for which there is little justification. Dogmatism is the strong expression of an opinion or assertion without evidence. It is not to be confused with expressing our well argued and thought through views with strength, boldness, certainty and conviction.

But giving a reason for our faith with respect and the avoidance of dogmatism does not mean simply avoiding hard topics and critical points of difference that reflect our different views of the world. This would be to give in to what Wells is getting at as a key danger for Christians in our present pluralistic age. This is a danger faced every day by individuals, groups and churches.

The Christian will need to rely on God’s word as their ultimate test of what is right and true. We need to be people who ‘guard [their way]’ according to God’s word, ‘storing [it] up' in our hearts, ‘meditating on’ and ‘delighting in’ his statutes (Psalm 119:9-16). In sharing the parable of the sower (Mark 4:1-20), Jesus stresses the power of God's word to chenge lives. People clamber after a better life, new purpose, freedom from many things, new ways to be fulfilled and so on. But ultimately, fulfilment will only truly be found in seeking the God who made us for a purpose. It is the power of God, that is expressed in God's Word and revealed by God's Spirit, that will truly transform lives and set us free (Gal 5:1).

The Christian needs to hold on confidently to God’s word as the way to know the truth that is life changing for whoever hears and accepts it. As Jesus taught his disciples: ‘If you abide in my word, you are truly my disciples, and you will know the truth, and the truth will set you free’ (John 8:31-32).

As I engage with people of all faiths and none in the university environment there is tremendous pressure to avoid topics that will bring me into conflict with others. I have a constant fear of being seen to be arrogant and out of touch, while at the same time having a desire to build relationships with people of other faiths and wordviews and ultimately share the gospel of Christ with them. This is a good pressure if it leads to a heart responsive to God and burdened for those who do not know him. But if it leads me to avoid tough conversations, to water down differences, to accept falsehood without comment, then this is bad! The modern church faces the same pressure, but its response argues Wells, frequently drifts to tactics and methodology for engaging with or "reaching" the culture. He suggests that the church must be aware of differing worldviews and see truth-based strategy as more vital than tactics; for if our focus is about tactics then it becomes:

"...about seduction and not about truth, about success and not about confrontation. However, without strategy, the tactics inevitably fail; without truth, all of the arts of seduction that the churches are practising sooner or later are seen for what they are - an empty charade; and because the emerging worldview is not being engaged, the church has little it can really say. Biblical truth contradicts this cultural spirituality, and that contradiction is hard to bear. Biblical truth displaces it, refuses to allow its operating assumptions, declares to it its bankruptcy. Is the evangelical church faithful enough to explode the worldview of this new spiritual search? Is it brave enough to contradict what has wide cultural approval?"

I continue to ponder this strong comment of Wells'; am I up to this challenge? Are you? Is your local church?

All CASE posts with the label 'truth' (here)