A post by Dr John Quinn
Shortly after being elected Anglican Archbishop of Sydney in 2001, Dr Peter Jensen found himself embroiled in a stoush with the then Prime Minister John Howard over the issues of aboriginal reconciliation and the treatment of asylum seekers.  Twelve years later and the newly elected Anglican Archbishop of Sydney, Dr Glenn Davies, has also called for more humane treatment of asylum seekers.  Has nothing really changed in the last 12 years?
The 24 hour news cycle, with its insatiable hunger for new stories, creates the impression of a fast paced world where issues move rapidly and circumstances change constantly. You can tune into news around the clock, through ABC News 24, the BBC, CNN, Al Jazeera or any number of other media outlets.  News websites are constantly being updated with new material.  Live blogs cover the day’s goings on in Parliament or on the campaign trail.  Political parties and businesses engage communication consultants and PR executives to monitor the perception of their image. The treatment of any issue is necessarily superficial to keep up with the frenetic pace of the news cycle, and the image projected or the “spin” is where the real game seems to lie.  Any in-depth research on a policy question is practically “out of date” before it enters the public domain.  One has to wonder whether this is serving us at all well.
Even though we have greater and faster access to information than ever before, the pace of genuine progress on any given issue does not seem to have increased. Aboriginal reconciliation and asylum seeker policy are two great examples, but there are plenty of others.  Whether the issue pertains to cost of living, housing affordability, work/life balance, mental health services, aged care facilities or environmental sustainability, it feels like we have had the conversation a thousand times over. And we usually have. 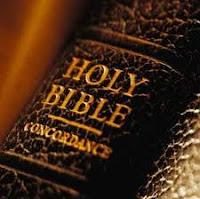 Many Christians have embraced the digital revolution, blogging constantly and tweeting incessantly. Christian organisations invest an increasing amount of time and effort into online and social media resources (the irony of posting this on a blog is not lost!). Certainly we need to meet the world where it is at, having a presence in the digital realm is the being “all things to all men” of our generation (1 Cor 9:19-23).  At the same time, the writer of Ecclesiastes ought to give us pause for thought:

What has been will be again,
what has been done will be done again;
there is nothing new under the sun.
10 Is there anything of which one can say,
“Look! This is something new”?
It was here already, long ago;
it was here before our time.
11 No one remembers the former generations,
and even those yet to come
will not be remembered
by those who follow them.

The tools of digital and social media bring the constant temptation to be saying something new. In many cases the same thing was said a metaphorical five minutes ago, and the repetition changes little. Yet in the word of God we find what the world truly needs to hear. And it is the same today as it was yesterday and will be tomorrow.