Home   And Just in CASE   The intolerance of tolerance
relativism tolerance

The intolerance of tolerance

When Phillip Jensen gave his inaugural sermon as Dean of St Andrews Cathedral (Sydney) in March 2003 his sermon was big news in the media the next day. Why? Because he suggested that religious beliefs can be right or wrong. In this post, my third in a series on worldview, I want to discuss relativism and its relationship to tolerance. 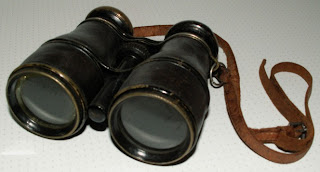 I was at the Cathedral when Phillip Jensen spoke and can attest that he spoke respectfully of other religions. The issue that caused most media response was that he suggested that if two religious belief systems make incompatible truth claims that at least one (or both) could be wrong, but he suggested that they couldn’t both be right. For example, if Islam says Jesus was a great man and prophet and Christianity claims that Jesus was and is the Son of God who rose from the dead, then either both views are wrong or one is wrong. Both can’t be right.

Phillip Jensen went on to say that to allow people of different beliefs to practice them in harmony without coercion or persecution is tolerance. But to deny that such differences exist or to assume that all views are right is “irrational relativism”.

Relativism is a philosophical “theory of knowledge or ethics which holds that the criteria of judgement are relative, varying with the individual, time and circumstance” (Macquarie Dictionary). In Simon Smart’s book A spectator’s guide to worldviews: Ten ways of understanding life (see my previous review of the book and my post on Liberalism), John Dickson provides a useful introduction to Relativism. He points out that as an increasingly dominant worldview over the last 250 years, it has had a significant impact on a range of human experiences, including morality, culture, religion, philosophy, science and the idea of human existence. Its origins are traced primarily to thinkers of the Enlightenment like Hume, Kant, Rousseau and others, but can be traced right back to a Greek philosopher named Protagoras (490-421 BC) who also developed the doctrines of Orthoepeia, the study of the correct use of words, and Agnosticism, the claim that we cannot know anything about the gods. 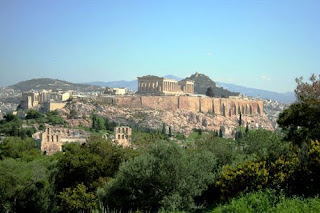 The views of Protagoras weren’t well received at first. Plato provided a strong critique of his work, particularly the idea that “man is the measure of all things”. He suggested that if everything is relative to man’s own perspective, then that must apply to Protagoras’s own view that truth is relative. That is, his view is just one view among many. But Plato went further, because if Protagoras did believe that truth was only true according to one’s perspective, then his idea must be false, because he had conceded that at least one truth (Protagora’s truth) would not be relative. Most accepted Plato’s argument and largely ignored relativism for over 2,000 years.

But by the 17th to 18th centuries philosophers like Immanuel Kant (1724-1804) began to argue that the true nature of reality was beyond our human senses. The deeper things of life like God and morality are inaccessible to our senses. While Kant wasn’t a relativist, his theory led many who did not believe in God to argue that only the things you can observe in the natural world can be claimed to be objectively real. All the rest was seen as subjective speculation.

It didn’t take long for other philosophers (e.g. Friedrich Nietzsche, 1844-1900) to argue that the ‘truths’ of spirituality, ethics and culture, were simply relative truths – true only within the framework of the society in which they believed.

When the stories began to appear about Phillip Jensen’s first sermon at the Cathedral one view probably summed up where most of his opponents sat. The Sydney Morning Herald reporter Chris McGillion penned these words:

"To say that my religion is the one true religion can only ever be a claim based on faith. It can’t be proved or disproved because there are no criteria by which to test the claim apart from propositions that are internal to the thing being claimed in the first place."

McGillion went on to suggest that we should never confuse religious truth with knowledge. It is faith, not knowledge. He was suggesting that truth claims about God cannot be debated in normal terms. You have to hold a specific faith position that is not the same as knowledge.

As Tony Payne suggested in an insightful Briefing article on the media response to Phillip Jensen’s sermon (Briefing, 296, May 2003), McGillion had bought the post enlightenment view that truth is relative and that matters of faith and matters of knowledge are separate. That is, one’s faith, and the worldview that might be shaped by it CANNOT inform and have relevance to one’s physical world. This view assumes that what one believes about God CANNOT give meaning and value to the way we view and interpret the world of nature.

But as Tony Payne points out, Christians have at the very centre of their truth claims that God himself acted in human history in the person of his Son (Jesus Christ). Christianity asserts that Jesus lived, died and rose from the dead as a matter of history. This is contrary to enlightenment philosophers' claims (and 21st century journalists) that Christian truth claims cannot be tested at the point where they interact with human history.

To this Payne adds an additional criterion by which religious claims can be tested – their intersection with reality – the reality of lived human experience. If religions assert things to be true about the world (about life and people), these claims can be assessed as to their general accuracy.

In Dickson’s discussion of relativism he suggests that perhaps the most attractive thing about relativism is the seeming close connection it has with tolerance. If we insist that moral, cultural and religious ‘truths’ are simply relative (no-one is right or wrong), then this is likely to inspire tolerance towards the views of others. But “true tolerance does not involve accepting every viewpoint as true and valid; it involves treating with love and humility someone whose opinions you believe to be untrue and invalid….tolerance is the noble ability to treat with grace those with whom you disagree” (p.184).

This longing for tolerance is one that Christians share, and it is certainly part of the Christian foundations of New College and the reasons for the formation of CASE. It is a Centre that attempts to apply Christian understanding to all of life and asserts that matters of faith and matters of knowledge are NOT separate. That one’s faith, and the worldview that might be shaped by it CAN inform and have relevance to one’s physical world. What one believes about God CAN give meaning and value to the way we view and interpret the world in general. Was Phillip Jensen right in asserting that some religious views are right and wrong? Of course! Was he being intolerant? No! True tolerance is not accepting that all views are equal but accepting the right of all to express different views that are received with respect and hopefully informed response. Anything less than this is mere relativism.

Of course, there is a postscript that needs to be added to this, particularly for people who hold a particular faith position. The understanding that truth is not relative will raise tough issues within communities like the Christian church, for the Bible not only teaches that it is the truth, it also teaches that within the church of God this truth must be protected and that to allow relativistic thinking to permeate the church will have disastrous consequences. In Jesus’ revelations to the Apostle John he speaks to the seven churches of their strengths and weaknesses. To the Churches in Pergamum (Revelation 2:12-17) and Thyatira (Revelation 2:18-29) he warns of the consequences of allowing false teaching to enter into the church of God. We must never use the idea of tolerance as an excuse not to address error within the church. Christians might want to listen to a recent message (download MP3 here) from John Smuts at Petersham Baptist Church in Sydney on this theme.