Home   And Just in CASE   The 'inappropriateness' of death
children death

The 'inappropriateness' of death 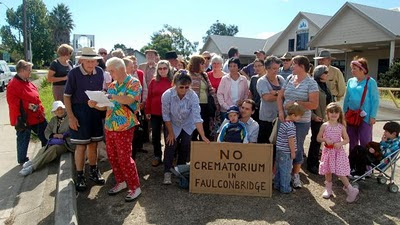 There is quite a fight going on in a sleepy little village where I once lived with my family for 13 years. The fight is over the location of a proposed crematorium in Faulconbridge in the Blue Mountains west of Sydney. The proposal is to modify an old car sales yard and buildings on a major highway, that has a motel and houses on two sides, some shops and restaurants and the local primary school a few hundred metres away. It seems a pretty silly place to put a crematorium, and there are obviously environmental issues with any crematorium, but one reason for the local opposition caught my attention.  The following extract from the Daily Telegraph is one of several references to the problem of children being confronted with death:

"Building it so close to schools was inappropriate and insensitive, Faulconbridge Public School P&C member Barbara van Kessel said. The kindergarten and play area face directly on to the school's purpose-built bus bay, which would be used for funeral processions under the plan."

While I don't like the location for the crematorium for many reasons, confronting children with the idea of death isn't one of them. In fact, I see it as important for children to learn about death as they grow up. No, I wouldn't necessarily go out of my way to worry young toddlers about the prospect of death, but I certainly wouldn't want to hide this truth from them as opportunities come up to talk about it. It seems to me that seeing a hearse or driving past a crematorium might be just the right opportunity for children of school age to be able to discuss death with their parents. 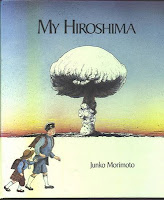 There of course many ways for children to become aware of death. Religious celebrations offer one public place where death might be mentioned; Easter being an example, as we speak of Jesus' death and resurrection. We speak of death when we remember military battles, and children's books can address death in various ways (I wrote a post on this as part of my blog 'Literacy, Families & Learning' HERE). The death of a relative, the awareness of disasters around the world, overheard adult conversations or television reports are other sources of information on death.

Interestingly, in many other cultures children are not spared the sight of death in all its most grizzly forms. While I'm not wishing such confrontation on the children of Australia, it might well be that as more parents reject God and place their hope in this life that death becomes the ultimate inconvenient truth. But as a Christian I think I'd want to think a little more seriously about death, teaching my children what the Bible has to say about it and the fact that it teaches that death is the expectation of all living creatures, but that it is not the end for those who turn to Him and place their hope in Christ (Hebrews 10:22-24).   Perhaps as Gordon Cheng wrote in the 'The Briefing' a few years ago, we've gone a bit soft on things like death and hell (HERE).