The importance of fathers

I wrote in Case magazine earlier in the year (The Role Of Fathers: Aligning biblical wisdom and research) on how research on families and demographic trends have demonstrated a number of significant changes in families and parental practices in recent decades. The trends can be summarized under four headings: 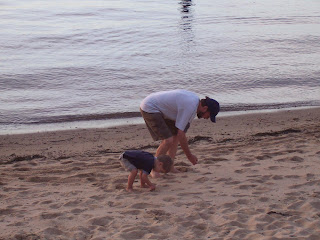 In a synthesis of five key UK studies Goldman (2005) concluded that higher involvement of fathers in their children’s learning alone is associated with:

Other research has suggested that the influence of fathers and family structures flows well beyond children’s learning. Qu and Soriano (2004) conclude that family formation has important implications for individuals and society in relation to health and wellbeing, financial security, life outcomes for children and population growth.

Research also suggests that fathers who show affection, give support and yet offer an authoritative parenting style, have a more significant impact on their children, when compared with fathers who adopt a more authoritarian and detached style. Other evidence indicates that who the father is, and what he does in life makes a difference. For example, Goldman reports research that suggest that high levels of antisocial behaviour (eg, not paying bills, aggressiveness and so on) in fathers were associated with sons displaying more difficult behaviour at home and school.

In summary, what many research studies show is that fathers have a significant influence on the cognitive, emotional and social development of their children and that this is even more significant for boys.

What the Bible says about fathers and families?

The importance of families and the critical role of fathers are seen throughout the Bible. The concept of family is central to God’s plan for his creation and its restoration. The Bible teaches that relationships, like creation itself, were affected, disrupted and dislocated by sin in the Garden (the book of Genesis describes what happened). But God sustained his people in families and sought to restore them to their rightful place and adopt them into his own family (Paul’s letter to the Ephesians 1:4-5 talks about this). He continues to do so in spite of the curse that has been placed on family relationships as a result of sin, and the struggle that ensues between men and women (Gen 3:16). God’s plan to rescue his people ultimately involves family – his family!

Throughout the pages of the Old and New Testaments, family is important. The nation of Israel was one family, descended from Abraham. Within the nation that would rise up as a result of God’s promise to Abraham, there would be tribes defined around family lines and ultimately families within the family, all linked through fathers. Fathers are central to families in the Bible. Marriage in turn is seen as necessary to create a nuclear family – a man and woman, committed to each other in a covenant relationship, who seek to have and raise godly children (Mal 2:14-15).

I can’t cover lots of implications in one post (but I might over a series of posts). There are many places I could turn to in the Bible for guidance, but there can be no better place than the advice that God gave to Moses to pass on to the Israelites in the desert before they entered the Promised Land. Having exhorted them to fear God and obey his commandments and to take care how they live (Deut 6:1-3), God gives instructions on how this is to be done within their families.

God expected the men of Israel to obey his commandments and to love him with all of their being – heart, soul and strength. He also expected them to teach God’s commands and expectations to their children in the ‘everydayness’ of life. To talk about God when they sat together at home, when they walked from place to place, when they were preparing for bed and rest, and when they rose in the morning. They were to speak of God’s ways, to wear the words of God’s law on their foreheads (no I’m not about to suggest we re-introduce this practice that is still followed by some Jewish people), and write them on the doorposts and entrances to their houses, so that they would not forget them and so that they could teach them even more effectively to their children.

Here is a picture of a father with a right view of God, who trusts, obeys and serves his God and who seeks to teach his children to understand the wisdom of God and to follow him. This is also a picture of an involved father. If we were to translate this biblical picture into contemporary terms, we would see a father who seeks to obey and honour God, who sets a good example for his family, who models what it is to be a child of God. Such a father spends time with his children (indeed will 'waste' time with them), listens to them and shares godly wisdom at meal times, while resting, while together at home, while travelling. This is an engaged father who makes time for his family! 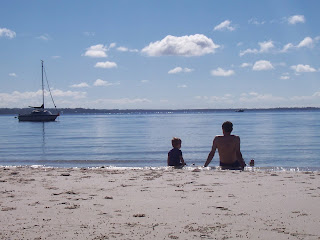