Home   And Just in CASE   The debate about teaching Australian literature: What's it about?
children's literature English epistemology literature pedagogy

The debate about teaching Australian literature: What's it about?

Most newspapers have carried reports in recent days about the response of the NSW English Teaching Association (ETA) to the NSW Board of Studies review of the English Curriculum designed to strengthen Australian literature content.

The ETA response to the Board drew heavy criticism from Miranda Devine writing in the Sydney Morning Herald (20-21 September, 2008). Devine provocatively titled her piece "English teachers have lost the plot". She shared quotes from the submission including the following:

"The ETA opposes the selective nomination of some types of text as this implies hierarchies in generic form and medium rather than in the quality of the texts themselves."

The association is "most concerned at the use of the term 'literature' [and the] privileging of 'print medium'. "

Devine rightly questions why the ETA isn't taking the position of being the strongest defender of the book, whereas the ETA seems to be concerned to ensure that new technology and diverse new narrative forms are incorporated into the curriculum in the interests of cultural relevance and the interest and motivation of students. They are positioned as the defenders of all children.

Parents might wonder what this debate really is all about. The Board of Studies review appears to have been motivated by a perception that the balance between literature and other textual forms, including new media, may well have shifted in recent times to the detriment of Australian literature. This is certainly a perception mirrored by some parents, academics, public intellectuals etc. Might it be possible that in teachers' quest to recognise that students encounter many new textual forms in this increasingly digital age that they have given insufficient emphasis to traditional forms such as the novel, the play and the poem? It seems a fair question. But of course it's a loaded one, for this isn't simply about the balance of textual forms in the curriculum, this is a debate framed by epistemology and even ideology. 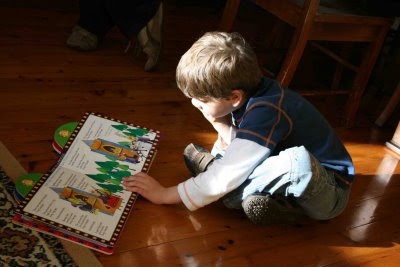 What are the key issues?

There are a number of questions being implicitly and explicitly explored:
The extreme ends of the debate 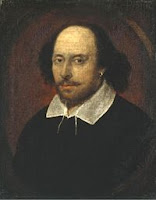 While there is great variation in the positions being taken by teachers, academics, media commentators and education officials, there are two extreme ends to the continuum of views. In one corner we have some who would want to reinstate a cannon of set texts that all students would study, and who would remove any pedagogical ‘dodgy’ stuff like reader response, imaginative re-creation and the like. No new media here, and leave all that video gaming, blogging, twitting, zinging, web surfing and the like at home. Just interpret the texts, work out what the author meant to communicate and reproduce it on demand. In the other corner we have a new generation of technological zealots who view with suspicion any classic novel or poem more than 20 years old, most of the great plays, all Australian colonial poetry and so on. Converts to French philosophers like Derrida and Foucault, relativists who see no meaning in the text, open-mouthed worshippers of new technology; a technology that they see as providing endless possibilities for creating hypertextual and multimodal meanings that will create a more pluralistic and fairer world, and that will put an end to the white/male/European canon of literature seen as a tool of oppression.

I'm being deliberately provocative above to make a point. There are few people at the extreme ends of this continuum (but I know some in each), however unfortunately, when legitimate questions are asked about education, there is a tendency for the discussion to be polarised to such an extent that no healthy debate can occur. I sit at neither end of this continuum but I do have some questions and concerns about the English curriculum. I question Devine's disparaging comments about teachers who I know are professional and have the interests of children at heart, and who deliver a quality of education that is the envy of much of the world. But at the same time, I'm tired of teachers not being prepared to listen to community concerns when they arise, or to necessarily seek evidence-based support for their defence of what they see as attacks. Schools serve the community; they are created for the education of children and must be responsive to community concerns.

At the base of the argument - Epistemology 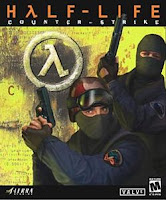 While we know that the Internet offers us amazing new possibilities for communication and the sharing of information and knowledge (see the article in Case #15 by Hadley and Horne), we still don’t know a lot about the impact it has on children’s ability to learn and communicate, let alone, whether it helps or hinders reading and writing of traditional written language forms such as the book. We know even less about the impact of some of the more creative multimodal forms such as the electronic literature, multimedia and interactive art, on students as learners. We do know a bit about the impact of gaming and there is cause for concern (here). We also need to ask what impact might new technological forms of communication and 'literature' have on culture, community, relationships and so on? My view is that we must embrace new technologies but only with caution and not at the expense of traditional written language forms.

The public debate in the media, at its heart, is an epistemological argument. Underpinning the response from the English Teaching Association is a foundational and central commitment to pluralism and Deconstruction, and a failure to accept that not everyone shares this position. Many people still believe that there is such a thing as knowable truth; I'm one of them. It is not that the ETA has lost respect for the book and literature (as Devine seems to suggest) but that they are supporting a different balance of traditional texts and new media. And this is at the heart of much of the public criticism of English teaching.

Part of the attractiveness of the Internet and new media for some, is that it not only demonstrates Empirical Pluralism (i.e. there is obvious diversity in our world in race, value systems, language, culture and religion) which cannot be denied, but it is also home to ‘cherished pluralism’ (i.e. many who don’t just accept the diversity but celebrate and praise it; at times blindly). Hermeneutical pluralism assumes that objective truth is not achievable, and that meaning resides in the interpreter (the reader, the viewer, the web surfer), not in the text. And of the course the Internet offers potential for new narrative forms that merge text, image, video, hyper text, interaction and so on, all of which reinforces the place of the reader over the author. 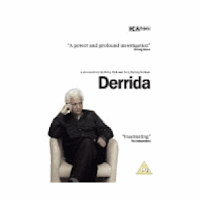 Advocates of Deconstruction such as Jacques Derrida and others, argue that words are self-limiting, because words simply refer to other words. Derrida claimed that meaning is locked within the knower, not the text. Hence, language cannot convey objective truth about objective reality. It is a small step from such claims to what we would broadly call postmodernism which asserts that truth reflects who you are; it is in the mind of the beholder - ‘that might be true for you, but not for me’. You should be able to hear in this the echo of debates about the place of reader response and creative re-creation over the essay and other more traditional forms of response to literature.

What deconstructive postmodernism does is to shift the focus from the author and the text to the reader and his or her context. Deconstructionists argue that we do not go to a text to gain meaning (let alone truth that does not exist), but rather to make meaning, which of course can only be relative. Such a view of reading that locates meaning in the knower reflects a view of epistemology that sees truth as relative and the written word as a tool of oppression for some and empowerment for others (and of course there is truth in the argument concerning the word and power relationships).

The dangers and, a way forward?

While Barthes wrote of the ‘death of the author’ over forty years ago, and one could hardly claim that the Internet is responsible for the removal of the author from textual considerations, the Internet continues to add weight to this shift from authorial and textual power to the reader and their interpretive community. In particular, the Internet has done much to negate individual authorship in favour of shared authorship. Phenomena such as Wikipedia make it increasingly difficult to identify a single author. An Internet Encyclopaedia that can be changed instantly as the world changes has a number of advantages. But an encyclopaedia written by authors who are self-selected, unknown and faceless must raise questions about the potential accuracy of the information it shares. Wikipedia is the perfect pallet for postmodernism.

Hopefully even the extreme ends of this debate about English can see the potential benefits of the Internet; and I have no doubt that the embracing of it by teachers is motivated by what they see as in the interests of children. But can we also see the dangers? What might be lost if we get the balance wrong between new interactive media and written language? What place does content, indeed (dare I say it!) even truth have in the school curriculum? How vital is it that our children have the chance to read at least some of the great literature of the past as well as the very best of contemporary literature? How do we balance this against a desire to embrace new digital possibilities? How do we ensure that English teachers continue to be teachers and champions of written language (including literature), something that was probably underpinning Devine’s provocative criticisms?

Other resources and posts

1. I have covered the issue of Truth and the Internet here and here

2. My Case article offers more detailed philosophical and theological arguments concerning this topic and reference to it can be found here.

3. I have written previously about "Writing, communication, technology and relationships" here.