The continuing quest for belief

One of the interesting things about Christmas is that as well as the regular token treatment that the media gives to Christmas Day church services; there is often an outbreak of 'wise' commentary on what is right and wrong with religion and Christianity in particular. The Sydney Morning Herald has had a variety of articles about Christianity and faith including two articles written by David Marr the Australian journalist, author, and political and social commentator. The Marr articles discuss a poll commissioned by the paper and conducted by the polling company Nielsen. It was a survey of 1,000 Australians concerning matters of faith. The results surprised many including (I think) Marr.

What the poll told us

In his first article in the Herald, Marr outlines the key findings as follows:

A diversified search for meaning 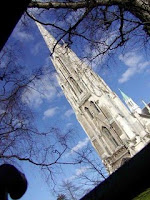 While Marr is not seeking to promote Christianity, he manages to put his finger on a number of salient points that I find interesting. While these findings suggest that the number of people who have faith in God has declined over the last century, they also suggest that many people still hold to some form of Christian faith. This is in stark contrast to church attendance. Rather than depressing those of us who still go to church, it should encourage us, as the results demonstrate that there is still much latent interest in God, even if this interest is confused by dabbling with astrology, psychic phenomena, superstition and so on. For many people, while there is some level of acceptance of God, they do not seek a relationship with God. Marr puts it this way:

"Belief for most Australians is about values far more than devotion. It's belief without belonging."

Marr concludes that while it is a minority of Australians that see the Bible as the word of God, Australian society can hardly be characterised as non-Christian, let alone atheistic. He suggests "Atheism is always about to break through and never does".

The survey results suggest that while some Australians have rejected mainstream Christian faith, they have not simply embraced atheism. In fact, many of those wandering from Christianity, seem to be drifting towards a variety of other religions and more minor belief systems. While they are rejecting God in the form that the Bible teaches, they are grasping for other beliefs that help them to make sense of their world.

One further interesting insight from the survey is the gendered nature of doubt and unbelief. It seems that men outnumber women 2 to 1 in denying the existence of God. As well, age seems to play a part, with 42% of people under the age of 25 years denying that there is a God, compared to only 25% of people over 55 years.

How do we respond to this?

This small survey reinforces what many Christians already know, that while many people reject mainstream Christianity, this does not mean they cease to be interested in matters of faith.

How do I reach out to people in their unbelief as well as to the many people searching after other forms of belief? There are clearly special challenges in reaching men and younger people in particular. How do we respond? We need to personalise this. Not what the Church needs to do, but what do I need to do? I'll give this a try. 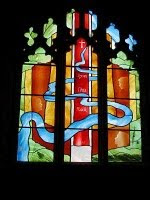 For a start, I need to have a deeper desire to love those who don't follow Christ and to want to see them consider his claims in the Bible. I also need to pray for opportunities to share my faith and to invest in relationships with my neighbours, friends and family members. I need to deepen my own faith and to ensure that it translates into an authentic life, that is well lived; a life noticed for the right reasons, not the wrong ones. I also need to sharpen my understanding of the questions that non-Christians ask of me, and to respectfully listen to their claims and questions. I also need to be not only prepared to give a reason for my faith, but to seek opportunities to do so.

I need to do more than just offering a defence or reason for the hope that I have in Christ. As I wrote in an earlier post (here), I must do more than simply seeking to win arguments; my life must also commend Christ. David Hohne contributed an excellent essay to Case #20 in 2009 in which he used Peter’s challenge in his first letter (1 Peter 2:10-12) - to live 'beautiful lives' - as a framework for talking about apologetics. He argued that we are to have lives (not just words) that commend God to others.

“Keep your conduct among the Gentiles honourable, so that when they speak against you as evildoers, they may see your good deeds and glorify God on the day of visitation.”

David Hohne argued that our defence should not be simply rational argument; we must use our ‘head, heart and hands’ and live as apologetic people in apologetic communities - “…our whole lives [are to be] both a defence and commendation of the grace of God in Christ.” The church is not separate from culture, and yet it should stand out against it. I need to keep learning this lesson in 2010.

CASE has offered a variety of publications and blog posts in the last year or so that have attempted to help Christians think about the above questions. Here are a few: