Home   And Just in CASE   The Christian and Politics
Political theology

The Christian and Politics 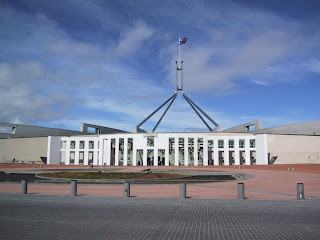 The theme for the latest edition of Case (a quarterly magazine published by CASE) is The Christian and Politics. The motivation for this themed issue is not simply the upcoming Australian Federal election. Rather, it flows from ongoing debate about the way Christians view their citizenship and the roles of government and politicians. Readers of Case and this Blog would be aware of the issues that have been raised. This is not a Case ‘how to’ on voting; rather, it is a collection of papers that present arguments concerning the way our biblical understanding should inform our political minds and actions.

In 2005 I hosted the annual New College Lectures with three speakers, the Hon John Anderson MP (Leader of the National Party and former Deputy Prime Minister to John Howard), Kevin Rudd MP (at the time shadow minister for Trade, Foreign Affairs and International security) and Dr Andrew Cameron, (Moore College Lecturer in Ethics). The theme was Church and State. All three speakers gave wonderful addresses that are available in MP3 or Pdf forms from the College website or for sale as a DVD ($5 each).

In his address Kevin Rudd (who for non-Australian readers is now the leader of the Opposition and may well be our next Prime Minister) argued that Christians need to be engaged politically with views informed by the gospel. He suggested that there are a number of possible reasons that Christian politicians offer for voting in a particular way, including “vote for me because I’m a Christian” or vote for me because this is my stance on this particular moral issue. In rejecting the legitimacy of such reasons, he suggested that Christians should understand that the gospel should challenge the way they think about the broad sweep of political and social issues that we entrust to government. Readers of this Blog will be aware that I've written on an excellent tool that might help us to do this. The Australian Christian Lobby has provided on its website an outline of the major parties' responses on 25 key policy issues. 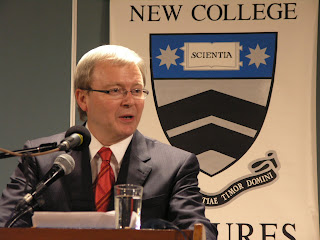 Kevin Rudd suggested that an understanding of “….the gospel is just as much about the decisions I make about my own life as it is about how I act in society and how in turn I should act, and react, in relation to the exercise of the coordinated power of society through the state.” He went on to argue that Christians need to be concerned with issues of justice not simply single policy agendas. Rudd's bigger point is that Christians should not focus narrowly on one or two moral issues and ignore other issues of justice, which also should be seen as moral issues by Christians. His point of course sits well with some of the points made in James stressing the close connection between faith and action (e.g. James 1:26-27). Rudd appears to be making the point that there is a danger that in (perhaps rightly) focusing on a narrow moral campaign one might just as easily ignore other significant issues of justice and fail to act accordingly.

The themed articles in this latest edition of Case all put the case (no pun intended) for an understanding of government and political issues from an informed biblical ethical framework.

Mike Thompson considers the Christian response and stance in relation to democracy. Should Christians support the promotion of democracy as a foreign policy objective? He argues that Christians need to be discriminating about the universal validity of “the constellation of ideas known as liberal democracy”.

Andrew Errington inspired by the work of Oliver O’Donovan and our 2007 New College Lectures has written a short discussion and reflection on the nature of representation. He argues (as O’Donovan does) that a right understanding of political representation is fundamental to understanding our roles as citizens in liberal democratic society.

Kenny Liew has written an article concerned with justice and its fundamental place in liberal democracy. Drawing partly on an earlier review in Case of Rawls' work by Andrew Bain, Liew suggests that Rawls' concept of ‘justice as fairness’ is consistent with a Christian understanding of the role that liberal democratic governments play in seeking to make just and equitable decisions that benefit all members of society. Rawls argues that a fair society is egalitarian with both the weak and strong citizens agreeing to the terms of their association. Liew suggests that while Rawls develops his position from a secular view of society that would trouble most Christians, his concept of justice provides room for Christians to “create space” in which to persuade others of the good of the gospel. 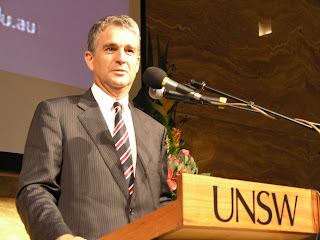 Finally an article is included from John Anderson that is based on his presentation at the New College Lectures in 2005. He argues that Christians should play their part in politics. While accepting that the separation of Church and State is justified, he argues passionately for the active participation of Christians in politics and cites the key role that Christian reformers have played throughout the centuries. He then lays out a framework for political involvement.

If you aren’t a CASE Associate and so don’t receive Case magazine you will find some of the past articles on our website, but if you'd like to receive the magazine quarterly and gain the other added benefits of being an Associate, you can subscribe for just $AU55 per year.