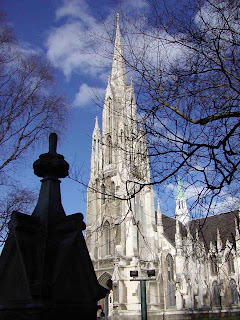 Screening on the Seven Television Network this Easter in Australia is an exciting new documentary, The Christ Files. It has been produced by Anglican Media and is presented by John Dickson. It will be screened at Midday on Good Friday, Friday 21st March (EXCEPT in Melbourne where it will be at Midnight on Good Friday and in Tsamania where it screen at Midday Saturday 22nd).

John Dickson comments that ‘Often at Easter time, TV specials on Jesus try to create controversy instead of clarity....the Christ Files, I hope, will be a breath of fresh air to believers and critics alike. It invites us to take front row seats to the historical facts about the man at the centre of our faith.’

For more information and some video previews click here.