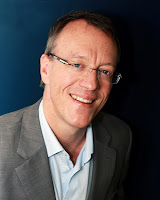 Dr Greg Clarke (CEO of The Bible Society) recently spoke at a New College formal dinner about the future of the Bible. His talk was framed by two simple questions, 'What's the Bible done for me?' and 'does it have a future'? It was based on an article he has written for Case magazine in which he suggests that there are two different ways that people can approach the Bible. The first of these treats the Bible as a ‘sparring partner’  against which various claims of understanding and experience are tested to see if it can stand; the other approaches the Bible as a worldview forming ‘coach’. Dr Clarke argues that while the ‘Bible-as-sparring-partner’ was dominant throughout much of the 20th Century, there is now considerable evidence from a variety of sources that this approach is waning, and the ‘Bible-as-coach’ approach is on the rise.

He suggested that the Bible is a transformative text, challenging, interrupting and rebuilding the philosophy, ethics and historical horizons of both individuals and states. He outlined and supported his claim that many things in our world would be different but for the Bible, the people who believed it and, who sought to live lives shaped by it. He cited many examples including:

care of the isolated, disadvantaged, homeless and alienated;
western systems of justice;
economic systems that distribute financial support to the needy;
a great deal of literature and the arts;
the judicial system and so on.

In short, he suggested that human rights as we know it would not have emerged without the Bible. He cited Archbishop Rowan Williams to support his case:

"It never does any harm to be reminded that without certain themes consistently and strongly emphasised by the 'Abrahamic' faiths, themes to do with the unconditional possibility for every human subject to live in conscious relation with God and in free and constructive collaboration with others, there is no guarantee that a 'universalist' account of human dignity would ever have seemed plausible or even emerged with clarity."

You can read more of Dr Clarke's article in the latest edition of Case Magazine with the theme 'Theology and the future'. This edition of the magazine also includes all three talks given at the 2011 New College Lectures.