Much has written about the reasons for this apology, especially the Stolen Generation. Non-Australians readers of this blog can find out more about this by reading the Bringing them Home report which was the result of a national inquiry into the practice initiated by the Australian government to remove many young Aboriginal children from their families between 1910 and 1970. Now that the long awaited apology has been delivered, it is time for action. It is encouraging that the Federal government has already flagged housing, education and health as critical areas for action. As an educator let me share some thoughts about educational inequity in this country. 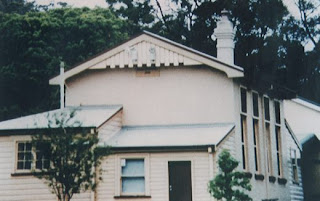 In a major OECD assessment project Australia has been ranked equal-sixth in reading. The assessment project is called the Programme for International Student Assessment (PISA). It is an internationally standardised assessment that is administered to 15-year-olds in schools.
The survey has been conducted in 2000, 2003, 2006 and will be conducted again in 2009. A total of 57 countries participated in 2006 and 62 will take part in the survey in 2009. I have been a member of the national advisory committee since its inception. The tests are typically administered to between 4,500 and 10,000 students in each country.

Dr Sue Thomson is the national project manager for PISA in Australia and recently offered the following comments on the performance of Indigenous Australian students in the Age Newspaper:

"Australia's lowest-performing students are most likely to come from indigenous communities, geographically remote areas and poor socioeconomic backgrounds. About 40% of indigenous students, 23% of students from the lowest category of socioeconomic status, and 27% of students from remote schools are not meeting a proficiency level in science that the OECD deems necessary to participate fully in a 21st-century workforce and society."

In relation to literacy and numeracy, the National Indigenous English Literacy and Numeracy Strategy published in 2000 by the Commonwealth Department of Education Science and Training concluded that:

Little has changed in the last 8 years. Something to note from the above quote is the mention of school attendance. You don't have to be a rocket scientist to know that literacy assessments like PISA and State based basic skills tests largely test school literacy. We shouldn't be surprised when students who miss lots of school don't do well. Of course this is not the whole answer, it is clear that you cannot separate underachievement at school from issues of health, housing and family breakdown and crisis (see my previous post on Indigenous issues).

I wrote in a my previous post that a number of Christian organizations and many individuals have been working in Indigenous communities for decades. I cited the work of the Parent Controlled Christian Schools organization that has established a Christian boarding school for young Indigenous women in remote Arnhem Land. This school has made a difference to the young people who live at this school, and it has had an impact on their families.

St Andrew's School has also been responsible for establishing a special campus in Redfern that is tackling Indigenous educational needs head on. Gawura is small community based school of about 25 children in mixed staged classes from Kindergarten to Year 6 is focussed on the teaching of literacy, numeracy and elements of Aboriginal and Torres Strait Islander culture and tradition. This is another good initiative but it will require many more initiatives of this kind if we are to make a difference. We need more of these wonderful examples of individual and collective Christian action, as well as coordinated action from all levels of government and goodwill and cooperation between interest groups seeking justice for Indigenous people.

My hope is that we won't be reading 2008 reports in 2010 that have not been activated, nor should we able to read them in 2013 and say little has changed.