Home   And Just in CASE   Shopping till we drop - the planet!
Consumerism environment Ethics shopping

Shopping till we drop - the planet! 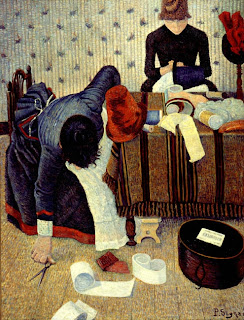 Facts on US shopping

In a recent article, Stan Cox outlined America's insatiable desire to buy clothes. US census data suggest that the No. 1 gift in the USA this Christmas will be clothing. Some key points from his article were:

* US spending on new clothes annually is $282 billion, up from $162 billion in 1992.
* Clothing prices in the USA have dropped by about 25 percent between 1992 and 2002, but purchases went up by 75%.
* The USA population increased only 13% in that decade, so the average annual shopping haul has risen from approximately 50 new articles of clothing per person per year in 1992 to 75 or more items per person by 2002. These trends have no doubt continued since 2002.
* In a response to a comment on his Blog he added the following useful breakdown - Women's clothes account for 56% of sales, men 27%, children the rest. Women's sales increased 73% from 1992 to 2002; men's increased 60%; children's 114%.
* The average American discards 31kg of clothing and other textiles each year, according to the US Environmental Protection Agency.

But while on the surface we might be surprised by the apparent volume of sales and the waste, the picture becomes even more worrying when the environmental consequences are considered. Cox points out that:

“Although 10 million tons of unwanted duds per year puts a lot of pressure on U.S. landfills, it's in the origin of the clothes -- fiber production, manufacturing and dyeing -- that the most harm is done. Production of synthetic fibers like nylon and polyester consumes nonrenewable resources -- primarily petroleum -- while emitting greenhouse gases like nitrous oxide and releasing toxic wastewater containing organic solvents, heavy metals, dyes, and fiber treatments. Nylon is also very difficult to recycle. Producing fiber from recycled polyester is easier and produces only 15 percent as much air pollution as using raw materials, but the product is of lower quality than virgin polyester. Fibers made from renewable raw materials are typically no more earth-friendly than polyester. For instance, rayon is made from wood pulp coming from mature forests through a process that pumps out large quantities of air and water pollutants.”

Cotton is an interesting fibre. While it is grown on less that 2% of all US farmland, it accounts for 25% of pesticides and this may be as high as 50% in parts of the world. 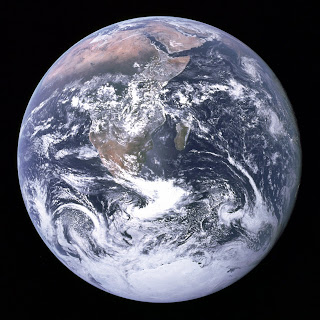 This topic is easy to sensationalize, but it is complex. Economists would give some good reasons why consumption is good for economies, with obvious benefits such as employment and reduced prices. This is true, both in the case of developing countries that produce most of the clothes, and also the developed countries where it fuels the retail cities we call shopping centres (or Malls if you’re from the US). But then again, the economic benefits of consumption need to be weighed up against the social costs in developing countries (e.g. some exploited workers in developing countries that produce much of the clothing) and environmental costs in all countries. Then there are the spiritual costs.

How do Christians respond to a topic like this? Some self-assessment is a helpful start. It is easy to throw one’s arms up and say, what difference does a bit of over consumption make. But collectively, it makes a big difference, and individually it can be devastating. It would seem that there is a strong biblical case for more modest consumption, less waste and a serious re-consideration of the environmental and social costs.

The biblical pattern in relation to possessions is one of simplicity, of having our needs met, and of generosity with what we have. There seem to be environmental imperatives to change our ways and to limit our wasteful consumption - to be good stewards of what God has given us (Gen 2:15) - and there are also good spiritual reasons. An unhealthy and wasteful preoccupation with things is - well - unhealthy!

The biblical pattern of seeking to satisfy our needs, not our cravings and wants, was clear even in the way God provided for the Israelites in the wilderness as they fled Egypt. God provided enough food for their needs. The Israelites were to collect as much Manna and quail as they needed each day and no more (Exodus 16:15-17). Later Moses taught that God's law required them to be generous with what they had. He urged them always to give generously to the poor. “Therefore I command you to be openhanded toward your brothers and toward the poor and needy in your land” (Deuteronomy 15:11)

This pattern is given plenty of attention in the new Testament. Paul urged the church in Rome to live lives worthy of God “….as living sacrifices, holy and pleasing to God—this is your spiritual[a] act of worship.” They were not to be conformed any longer to the pattern of this world, “…but (to) be transformed by the renewing of (their) mind.” (Rom 12:1-2). Paul then went on to list generosity as one of the gifts that God gives. If your gift “...is contributing to the needs of others, let him give generously” (Rom 12:8). So some people are gifted givers, but all are called to be generous.

But there's more! Paul goes even further and makes a connection between being generous and our relationship to God; connecting godliness with contentment: "But godliness with contentment is great gain. For we brought nothing into the world, and we can take nothing out of it" (1 Timothy 6:6,7). Paul stresses to the young Timothy that he is to put his hope in God, and that to be "rich towards God" is to "to do good, to be rich in good deeds, and to be generous and willing to share" (1 Timothy 6:17-18).

Paul suggests that contentment is the key. He had learned what it meant to be content with what he had, rather than hankering after more. As he sat in prison and gave thanks to the Philippian church because of its generosity to him he wrote: “I know what it is to be in need, and I know what it is to have plenty. I have learned the secret of being content in any and every situation, whether well fed or hungry, whether living in plenty or want. I can do everything through him who gives me strength” (Phil 4:12-13).

It seems to me that the US statistics on shopping are reflective of one of the key characteristics of our age - over consumption and waste. This is an age in which we always seem to want more. An age in which for a woman to have 100 pairs of shoes and a man to have 50 ties is not unusual (of course in my case, some of them are 30 years old!). Where new houses invariably cover the block and technology purchases and gadgets can be a preoccupation for all of us. And when a rich man like Renee Rivkin, might just have 37 watches worth up to $500,000. There are consequences for the planet, for our contentment and more importantly for our souls. The article by Sam Cox is a challenge to me and I hope it will be a challenge to others.