When we chose the theme of Christmas for the next issue of Case Magazine we knew that it could potentially have many different facets. Our choice of ‘Selling Christmas’ as the cover theme reflects the issues that our authors have explored. Christmas is historically one of the most sacred days in the Christian calendar. But it is known today more for its commercial contribution to the economy than its celebration of the birth of the Son of God. As Simon Angus reminds us, for most people Christmas means gifts. Commercially, ‘Christmas’ is a brand that no self-respecting business would want to ignore. And yet, as Simon points out, Christians think much less about the brand that they once owned, than the commercial entities do.

Simon Angus argues that this great time of mass celebration is not sustained purely by religious observance or even tradition, but rather by ‘Brand Christmas’. Rather than adopting the extremes of decrying the commercialisation of Christmas, or mindless assimilation, we need a better informed response. The answer suggested turns us away from finger-pointing to instead look closer to home, targeting the real powerbrokers in the economy.

But our theme has a second dimension. Christians and non-Christians alike might well ask whether the church has ‘sold out’ in relation to the true significance of Christmas. Have we allowed others to capture our time of celebration of Christ’s birth for commercial and even political purposes? Several of our articles touch on this important theme, with a challenge for Christians to focus on what matters at Christmas time. Diane Speed, for example, guides us through centuries of accumulated tradition surrounding the Magi, recounting how the mysterious Magi have been used for purposes from religious fundraising to political propaganda, but she also shows how they may be seen ‘as our representatives in the text, worshipping the Christ Child’.

There is a third motif in this issue: how might the Christian church ‘sell’ the true meaning of Christmas? Indeed, might it be able to enrich contemporary understanding of old traditions? John McClean argues that the age-old understanding of the incarnation, the very heart of the meaning of Christmas and Christianity, is not obsolete but defensible within contemporary scholarship. While the incarnation might be seen as a problem in that it is a hard truth to comprehend, and to sell, McClean points out that it is worth the effort, for it solves a greater problem than it creates. 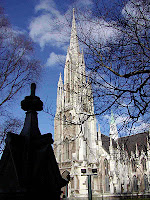 But how might the church go about communicating its message clearly to a world committed to the trappings but not the truth of Christmas? Dan Anderson sees some hope in developing a distinctive Christian community calendar, which functions as ‘an education in the memories and expectations of the group’ and ‘allows an individual to become the bearer of a communal identity: to “act out” that identity and communicate it to others’. Christmas and Easter are reminders of a Christian liturgical calendar that once had greater significance, but has been abused and has lost much of its embedded meaning and witness. Yet this doesn’t mean we should reject the idea altogether. Like many of our authors in this issue, Anderson calls for biblically informed reflection on Christmas, and encourages us to ‘question the narrative identity enacted in both the communal calendars of our surrounding society and that which we have inherited from the Christian tradition’.

In an enjoyable foray into Australian poetry and songs Anna Blanch shows us how different poets have expressed their experiences of Christmas in ways that resonate with life down under, from the light-hearted fun of ‘Aussie Jingle Bells’, to Les Murray’s thought provoking ‘Barranong Angel Case’. Peter Stiles too, draws on Australian literature as he makes his case, encouraging Australians to let go of their dependence on the Northern Hemisphere traditions at Christmas. Yet both Blanch and Stiles lament the lack of serious poetry and song connecting the celebration of Christ’s nativity with the Australian context: a challenge for our literary readers.

Our issue ends with some recommendations for Christmas reading. If we are to enter into gift giving this year, what better gift can we give than books that strengthen our understanding of the central eternal narrative of Christmas? We have asked a variety of Case Magazine contributers to recommend books that they have found enjoyable or helpful. I’ve also included a short review of some children’s books (which I might post separately) that might lead to meaningful discussions with the younger members of your circle of family and friends as we contemplate God’s purpose for our lives.

If you're a Case subscriber you will receive this issue before Christmas. If not, you can purchase a single issue online via our website HERE.