Remembering the impact of Christians in History week 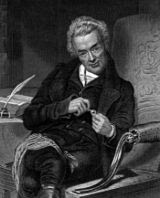 This is History Week in NSW and it got me thinking about Apologetic opportunities.

History Week was initiated by the History Council of NSW in 1997 to showcase the rich, diverse history being produced by organisations and individuals across the State. During History Week, community groups, local councils, libraries, archives, museums, universities, cultural institutions, professional and amateur historians across NSW open their doors to present the latest in today’s historical research - fascinating stories, artifacts and experiences about both our past and ourselves today. It seems to me that there might be an opportunity for some churches to be involved next year (maybe some are this year).

As individuals or churches there could be no better week to remind your friends, family, workmates, fellow university students etc that Christians have been used by God in many ways throughout known human history. And that history is ultimately about God's story.

It would be a great time to mention some of the many Christian men and women who have changed the course of history. Ultimately, you would want to work your way back to the one who has changed the course of history more than any other – Jesus Christ - but some of the following might serve as a wonderful bridge to a discussion of the gospel:
Christianity Today has a great web resource on Christian History that will provide some leads.
There are also some useful books such as Geofrey Hanks' book 70 Great Christians: Changing the world (1992). Probably the most comprehensive reference is the book edited by John Woodbridge More than Conquerors: Portraits of believers from all walks of life (1992) which provides lots of wonderful examples under headings such as Politics (e.g. Abraham Lincoln), Writers (e.g. C.S. Lewis), Sport & Entertainment (Eric Liddell), Thinkers, Industry & Commerce etc. This volume has many contemporary examples as well as some of the better known men and women of the past. Then of course there is the current film Amazing Grace that tells of the fight by William Wilberforce and others to end slavery in 18th century Britain. Any other ideas?