In March while taking part in a conference run by CASE on Medical Ethics I was challenged in quite a personal way about the problems of prenatal genetic testing. I reported on the conference in a previous post (here) in which I offered a perspective on things that had challenged me, including a lunchtime conversation with Darren a young man with cerebral palsy who asked me a question that had life and death consequences. I also shared how troubled I had been by one section of Dr Megan Best's presentation outlining key ethical issues concerning the beginning of life and prenatal testing. Here's what I said at the time:

"She made the simple point at the beginning of her talk that technology has given us information about the unborn child not possible just a short time ago. One consequence of this is that we now find it easier to identify disease and abnormalities in the unborn child. This can be good, with new ways to identify problems and abnormalities prior to birth, and ways to intervene medically, increasing the chance of a successful birth and in some cases solving medical issues more easily than if they are left until after birth. Of course it also provides opportunities for parents to know things about their unborn child not previously possible. This presents parents with opportunities to terminate the life of the foetus based on judgments about identified disease and abnormalities. Hence, technology offers us new knowledge that can be used to ensure life or sadly to terminate it." 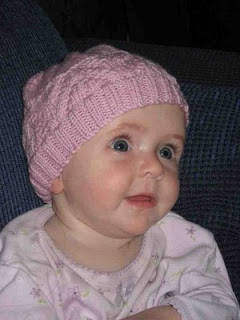 What I didn't mention at the time was that just weeks earlier our 5th grandchild had been diagnosed as having a rare genetic disorder either Beals syndrome or another rare form of disorder within the Marfan's group. Abraham Lincoln was thought to have had a disorder within the Marfan's group as he possessed many of the physical characteristics of Marfan's syndrome. People with Beals usually have long, thin, fingers and toes that cannot be straightened out because of contractures. This means they have a limited range of movement in the joints of their fingers, hips, elbows, knees, and ankles. They also have unusual external ears that appear crumpled. Beals syndrome can also affect the skeleton, muscles, tendons, ligaments, and the heart. Contractures of the elbows, knees, and hips at birth are very common. Some babies also have clubfoot, causing one or both feet to be turned in towards each other at the ankles. In most individuals, the contractures improve with time and the clubfoot often responds well to physiotherapy.

As Megan spoke I couldn't help but think, could such testing help parents identify a disorder like Beals? And if so, would some parents choose to terminate? Megan had reported that some doctors had expressed concern that fewer babies were being seen with club foot; could this reflect prenatal diagnosis? In the case of Evelyne's parents, as Christians they would never have considered doing this, and as a result had chosen not to have genetic testing. It seems that while testing is avaliable for Beals (here) and Marfan's (here), there are questions about their reliability. Of course, it is highly likely that testing that is more reliable will inevitably be available if pregnant women want it. 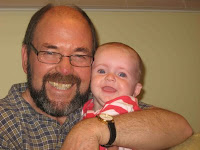 Last Sunday we gave thanks to God for Evelyne Adel Blencowe's precious life as she was dedicated at her parent's church in Bathurst. She was born on September 15th 2008 and has been a joy to all of us. Yes, she will face challenges in life; we still await test results to confirm the diagnosis and as a result don't have a detailed prognosis. This bright little girl whose impish personality and a determination to do everything her 3 year-old brother does, has already had more tests in her short life than I have had in my lifetime, and I'm sure there will be more. But as the Psalmist reminds us she is a blessing from God (Psalm 127:3-5).

For me, little Evelyne brings into focus the enormity of what people choose to do when they abort a child based on a medical diagnosis. There is strong evidence to suggest that the decisions that parents make to have abortions around the world (estimated at 42 million each year or 115,00 per day) are sometimes taken for reasons as basic as the impact that the child might have on the life of the family, the trauma that their condition might cause for the mother, the gender of the child and the chance that there might be an abnormality. Evidence of this can be seen on one well-known website (here). When parents are offered advice about genetic testing, they are encouraged to make choices that are:

Our family couldn't imagine what it would be like not to have our precious little Evelyne. Yes, there are challenges, but these are inconsequential compared to the joy and blessing she has brought to our family

In commenting in a Washington Post article (here), Leslie G. Biesecker of the federal government's National Human Genome Research Institute offered a sobering comment that we need to give careful reflection and consideration:

We published an issue of Case magazine last year that focussed on the theme Living and Dying Ethically. You can find more information (here).

New College runs an annual public lecture series. This year the lecturer will be Dr John Wyatt, author of 'Matters of life and death' (here). Dr Wyatt will present his three public lectures at New College on the 8-10 September 2009 titled 'Bioethics and the Future' (more information here)

Associates of CASE can download the talks from the Medical Ethics conference mentioned at the start of the post from our website (here). This includes Megan Best's presentation.