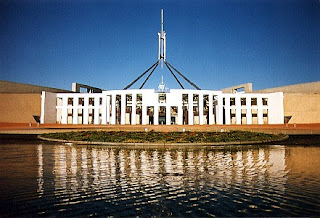 It is refreshing to see that one of the first things the new Australian Prime Minister has done is to release a Code of Conduct for all ministers. Mr Rudd was highly critical of some past government practices and in particular the lack of controls on ministerial employment after resigning from parliament. As I indicated in a previous post, I place a high value on a leader's ethical behaviour and suggested that when evaluating candidates for an election we should consider

"how our leaders handle the truth and how this aligns with the Scriptures....(as well as) whether leaders can keep their promises, admit their mistakes, and lead with integrity."

In a recent article in Case magazine Andrew Errington reminded us that the:

"..right approach for Christian political action is simply to seek to help our representatives govern well, to help our governments be good" and remind our governments "...that their primary role is to defend the common good by making just judgements."

As Paul's letter to Romans 13:1-7 reminds us, government authorities have been established by God and are to be given our respect and obedience. They in turn are God's servants "to do (us) good" and to punish wrong-doing from citizens.

It is significant that as a new Prime Minister Mr Rudd has given some attention to the ethical behaviour of the Ministry. Mr Howard attempted his own code whilst in government (for which he also deserves some credit), but it did not go far enough and was regularly broken by his ministers. The new Rudd Code:

The previous prime minister’s code of conduct simply required Ministers to sell shares in companies that came under their area of portfolio responsibility.

Mr Rudd was a strong critic of ministerial standards during the Howard years and has suggested that the new measures are designed to increase accountability and transparency.
"The Australian people are entitled to expect the highest standards of behaviour from their elected representatives in general and ministers in particular," he said in the foreword to the code.

Some like Ted Mack a former independent politician who served at local, state and federal levels, see this as futile, arguing that politicians can't self-regulate. Coming from a politician this is a little depressing. I agree that there are always problems with self-regulation but this Code is a good start in placing pressure on politicians to act ethically. As Christians we don't want to display the same cynicism as is common in the world and constantly run down our politicians. Instead, we need to give them the honour that the Bible suggests that we should give them (Rom 13:7; 1 Peter 2:17).

Peter wrote that we are to submit to our authorities "for the Lord's sake" (1 Peter 2:13). We honour God by submitting to and serving those to whom he has given authority, in this instance, our political leaders. This is all part of God's plan for his people to submit first to him and then to others who have been given authority over them.

We do need to keep our leaders accountable, as our representatives they should expect this. Opposition Member for North Sydney Joe Hockey has already warned Mr Rudd that he intends to keep him accountable to his Code. But this isn't just Mr Hockey's job; it's our job as citizens to ensure that as our representatives and God's servants they are to act rightly and justly. Of course our attitude should not be one of looking out gleefully for the first minister to break the code, we should pray that they would keep the code. As Peter reminds us, we should pray "for kings and all those in authority, that they may live peaceful and quiet lives in all godliness and holiness" for God wants all men to come to knowledge of his ultimate truths and his plan of salvation centred on Christ - yes, that's right, including our politicians! Our Prime Minister declares that he knows these truths and is a follower of Christ, even more reason to pray for him as he seeks to honour God as our Prime Minister. I intend to continue praying for Mr Rudd and also Brendan Nelson the Leader of the Opposition, and would urge all Christians to do likewise. 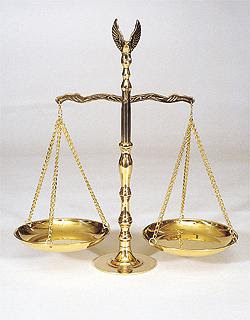