Home   And Just in CASE   Peak Oil: What happens when the oil runs out?

Peak Oil: What happens when the oil runs out?

From the Case vault  - Byron Smith, 'Global Scarcity: Are we running out?' 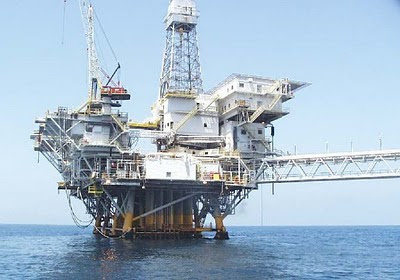 In Issue 14 of our quarterly magazine Case (2008), Byron Smith offered a biblical perspective on the looming crisis in world oil production. Most oil-producing nations have peaked in their production of oil and Byron Smith argues that Christians should give careful consideration to this issue. He argues that we need not adopt the polar myths of either infinite growth and blind optimism, or the opposite response of despair and inaction at the prospect of nightmare scenarios and impending calamity, that leads simply to paralysed fear.

Oil is a finite resource. There is only so much of it in the ground. That it exists at all is the result of a complex series of processes taking hundreds of millions of years. Of course, while finite, the total volume is staggeringly huge: somewhere in the order of two trillion barrels. Yet globally we consume about 85 million barrels of oil each day and our collective appetite for energy continues to rise. Ever-increasing demand for a limited resource is a party that must one day come to an end. Many experts believe the global petrol tank may be running dangerously low... however, the coming oil crisis is not simply that we will eventually run out, not even that we will run out sooner rather than later, but that we will soon run out of cheap oil. They claim that within the next few years we will reach a point at which we cannot expand our rate of oil extraction to match rising international demand. Oil production will ‘peak’, and then begin an inexorable decline.

Byron Smith's article raises many important issues. When might we reach the peak? What will happen once we pass global ‘peak oil’? What might life be like when we have declining oil production, growing world population and growing demand for oil? What are the possible responses? How should Christians respond in the light of biblical teaching? How can Christians focus positively on the promises of God to supply our needs abundantly, while accepting our guilt for sinful and gluttonous consumption of resources at the expense of others with less? How do we spur one another on to "creative generosity"?

While Byron's article is focussed on peak oil, it offers a framework for thinking about a wide range of issues where we have failed to accept our responsibility to act.