Home   And Just in CASE   New data on marriage, education and gender: So what?
Marriage

New data on marriage, education and gender: So what?

While the statistics on marriage success don't seem to have improved (about 50% of marriages still fail), there has been an interesting change identified by researchers at Monash University's Centre for Population and Urban Research. We have known for some time that the likelihood of marriage appears to be related to a variety of factors, one of which is the interplay of gender and education. For example, men with university qualifications were more likely to be married in the past than men without a degree. This wasn't previously the case for women. However, the trend data for women has shifted in the latest Australian Bureau of Statistics data from the 2006 census. Highly educated women are now also more likely to be married than women without university education.

Carol Nader summarised some of the key changes in an article in the AGE (7th April, 2008): 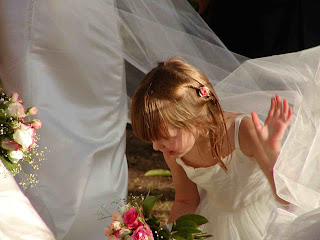 It is not clear what this might mean but it is interesting to speculate. Why is it that in an age where many women see marriage as a loss of freedom that those women with presumably the most freedom in secular terms are choosing to marry in larger numbers? Women with university degrees, presumably better employment prospects, and higher income who would be seen as in the best position to live independent lives are choosing marriage.

In a Radio National interview on the 8th April, Genevieve Heard, a research fellow at Monash University's Centre for Population and Urban Research, suggested that:

I'd like to think that more woment are discovering the joys of marriage and lifetime commitment, but I suspect this is not the case. My own take on this is that what is happening with marriage is linked to other trends with women, work and families. As women have tried to juggle education, careers and personal life, they have found it increasingly difficult to have everything. Women (and indeed couples) have delayed having children to establish careers, save for houses, travel etc. But now as increasing numbers of 'X' generation women have decided that it is time to have families they have sought security in their relationships. As a result, marriage is seen as a good option for educated women who seek some stability and security.

It seems likely to me that many women are adopting the type of economic approach to marriage talked about by Donald Hay and Gordon Menzies in Case #12. In the economic approach to marriage couples approach it as a set of business decisions to be made; they evaluate the best way to utilise their human capital for the purposes of child rearing, 'nest' building etc. They look for an efficient specialisation of their skills, resources and use of time for mutual benefit. The rise in the number of bizarre pre-nuptial agreements shows how extreme examples of this thinking has strange outcomes.

In contrast the Bible teaches that marriage is instead a covenant relationship where "the covenant reflects the 'inner' being of the couple" (Hay & Menzies 2007). The contractual economic approach to marriage is about two parties fulfilling their obligations for the mutual benefit of the partners, whereas the covenantal approach is about unqualified commitment to one another. Marriage in the biblical sense requires lifetime commitment "for better and worse, for richer for poorer, in sickness and in health, till death do us part." The contractual approach seeks gains, benefits and efficiencies, whereas the covenantal approach starts with a deep commitment of self-giving love and is for life.

I hope that I'm wrong about these trends, but I suspect that I'm right.