The place of music in the Christian life is frequently misunderstood. I have heard many views expressed concerning its place, that range from one extreme where it is rejected as an unnecessary distraction from God's word, through to the opposite extreme where it is given a place at the centre of the Christian life and experience of worship that reduces the importance of expense teaching the Word, prayer and so on.  At either extreme, the focus can drift easily from the cross of Christ to us - our desires, needs and personal satisfaction. We could all think of trivial and largely unimportant arguments that distract us from actually understanding what the Bible teaches about the relevance of music to worship, faith and a life centred on Christ

The latest edition of Case magazine with the theme 'Music and Theology' attempts to shed some biblical light on the place of music in the Christian life. One of our contributors is Steven R. Guthrie. In an earlier article 'Singing, in the body and the Spirit' (2003) Guthrie suggested that music is not just a simple addition to what people of faith do in the name of worship. He argued that it has always sat alongside prayer and the reading of the Word as one of the building blocks of Christian worship.  He wrote in 2003:

Whatever support music may offer words, however it may highlight, reinforce or enhance the text, music itself—the music of music—is used in the sanctifying work of the Holy Spirit. Music is a suitable resource in this work, not despite, but because it engages women and men at the level of body and sense. First of all, music enlists body and sense in the praise of God, re-orienting and re-defining these fundamental human endowments, which may once have been used solely for self-gratification. Secondly, singing together involves sensing and responding to others and one’s environment. Throughout Ephesians and elsewhere in the New Testament, Paul likens the church to a body...Corporate song is a sensory experience in which we dynamically respond to others, and so, give these corporeal analogies greater depth and power. Finally, by virtue of the distinctive properties of musical sound, music offers a powerful aural image of life together. In particular, music articulates a kind of unity in which individual distinctiveness is preserved and even enhanced.

In the latest issue of Case Magazine Guthrie contributes a new piece, 'The Song-Shaped Soul', in which he extends his earlier thinking by examining a letter written by Athanasius (c 295-373) to Marcellinus about the Psalms. In it Athanasius draws attention to singing the Psalms as part of our 'spiritual discipline' and as part of our growing life of faith.

Guthrie points out that Athanasius suggests that a primary reason for singing is not expressing ourselves in words and sound, but rather taking words in, something he calls 'im-pression'. The psalms for Athanasius were a way not just to express our emotions, but also to understand and express the emotions of others. Guthrie reminds us that singing is an act of imitation not just expression. Athanasius wrote:

"He who recites the psalms....sings them as if they were written concerning him, and he accepts them and recites them not as if another were speaking nor as if speaking about someone else. But he handles them as if he is speaking about himself. And the things spoken are such that he lifts them up to God as himself acting and speaking then from himself."

Guthrie's thoughts, and those of our other contributors to Case may just change the way you view music. If you'd like to read the other articles in this issue you can obtain a single copy or become a subscriber to Case. You can also download Guthrie's piece free. The five articles on theme are:
Steven Wright also reviews Jeremy Begbie's book 'Theology, Music and Time' (HERE). 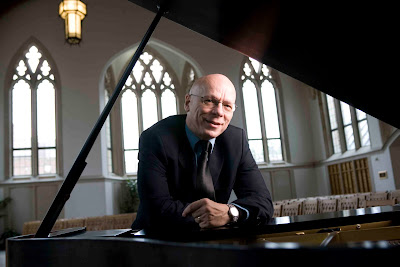 Previous post 'The Influence of Music on Hearts and Minds' (HERE)