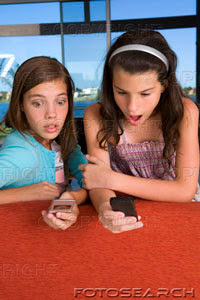 In a post I wrote in September I spoke of the changes that technology is bringing to communication and language.

“One of the most significant changes has been the extent to which the spoken or written word has been supplemented, replaced or changed by images, video and film, and even led to new representational forms (gaming is a perfect example). This has led some to suggest that the written word is less relevant than it was once. There is little doubt that the written word is used increasingly with other forms of communication and that in our world we are surrounded by more complex ‘multiliteracies’. By this I mean new forms of communication that are multimodal and require much more interplay between words, images, sound, video, spoken language etc. However, we still have much to learn about this topic.”

Living evidence of the changes that technology is bringing is seen in the recently announced Japanese bestseller list. For the first time the list is dominated by fiction written to be delivered and read on mobile phones. Five of the most successful novels, in fact the top three (!), were all “mobile novels”. The number one seller Love Sky sold 2,000,000 copies. Richard Lloyd Parry reporting in TimesOnline points out that these mobile novels are written in short sentences, use relatively few characters, feature melodramatic plots with lots of violence, sex and tear-jerking sentiment. Love Sky, is the story of a teenage girl who is bullied, gang-raped, becomes pregnant and suffers a miscarriage. Anyone who has lived in Japan (or even visited as I have) will no doubt know that Japan has had a history of prolific reading of adult comics with similar themes. I have images in mind of the Tokyo subway where almost every male in the carriage would be reading one of these books (and some women) and most women reading women’s magazines. It seems these texts might soon be supplanted by mobile novels.

There have been critics and supporters of this new form of reading. One critic wrote: “The fact that young readers are being exposed to immature expressions and stunted vocabulary will accelerate illiteracy and damage their ability to express themselves.” Another however, argued that the new genre is doing literature a service by promoting reading among young people who would otherwise have little interest in books. You can see parallels here with debates in the past about comics, television and gaming. Previous predictions of language ruination have not proven accurate, but change does occur.

I have no doubt that this literary form won’t give us too many pieces of classic fiction and that unlike many of the classic love stories (see my post on Books that stand the test of time) mobile novels will have a short half-life. With language like the following, this is a safe prediction: “I'm short, I'm stupid, I'm not pretty, I'm rubbish, and I've got no dreams.” (Love Sky by Mika).

However, while I doubt that electronic novels will lead to a new generation of illiterates (in fact it might have some positive impacts for literacy levels), as a Christian I’m more concerned that the rise of the mobile novel will make even more accessible poor quality fiction that does little for the feeding of the human soul. I’m confident that in fifty years great works of fiction will still be read, but I’m concerned at how much more impoverished young people will be if their literary diet is limited by mobile phone novels of the quality that we’ve seen in Japan.

I keep coming back to the words of the Apostle Paul, recorded in the Bible and written to the Philippian church, to focus their hearts and minds on things that are admirable:

“Finally, brothers, whatever is true, whatever is noble, whatever is right, whatever is pure, whatever is lovely, whatever is admirable—if anything is excellent or praiseworthy—think about such things. Whatever you have learned or received or heard from me, or seen in me—put it into practice. And the God of peace will be with you” (Phil 4:8,9).

In another post during book week I quoted from one of my books on literacy extolling the virtues of quality literature. I reproduce it once again:

A piece of literature is more than just a good story. I wrote in Pathways to Literacy (1995, p.77-78) that literature can act as: 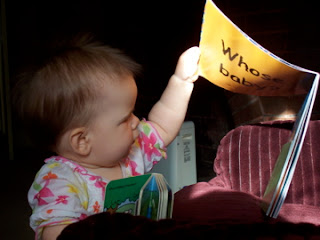 As well as helping children to be comfortable using language and to become readers, literature offers all of the above opportunities, and provides parents with a rich and enjoyable means to apply the wisdom of God to the stories our children read.

My plea is for adults to feed their minds and those of their children with narrative forms of quality and which celebrate that which is true, noble, right, pure, lovely and admirable. Of course, the Bible for the Christian is the book above all books to be read regularly (preferably daily), but there is much to commend in the richness of human narratives that have been passed to us in literature.

Those interested in more posts on literacy, families and learning might find by blog devoted to these topics useful.