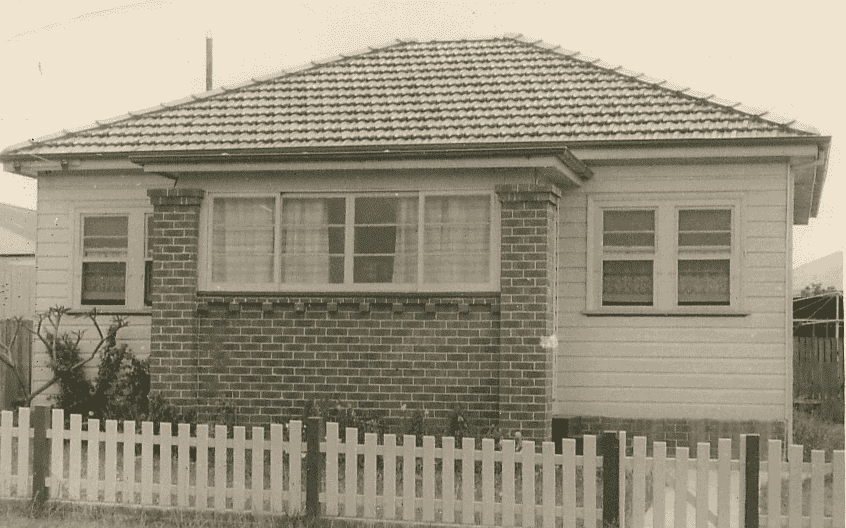 I was born in the 1950s and have lived through extraordinary social, cultural and technological change. As a 6 year old there was just one television in my street, a single phone, about four cars and two parent families in every house.  For mothers work was usually 'home duties' (as defined at the time). Our news came from newspapers and radio (the internet was not to arrive for 40 more years). There was increasing cultural diversity, but of course the White Australia Policy ensured that few immigrants were Asian. Nuclear war was a constant threat and there were fears of ‘Reds under the beds’. Religious tensions were mainly between Protestants and Catholics, with daily fights in my school playground.

Much has happened since then, and many would suggest the progress has been good. Technology has changed the way we communicate, religious and racial tolerance is promoted (at least, officially), and immigration patterns have changed dramatically. Marriage and family mores have also changed and with them, the very structure of society. Australians now find normal and acceptable, things that during my childhood would have been unthinkable: de facto relationships, IVF, surrogacy, stay-at-home dads, same-sex relationships, prenuptial agreements, multiple remarriages. Divorce was rare in the the 1950s, seen as a terrible and shameful thing, and was announced in the papers (in full detail). Unwed teenage girls disappeared when pregnant, and the fathers of their children often ended up in prison convicted of ‘carnal knowledge’. Abortion was illegal, and rarely mentioned except in discreet conversations or gossip. 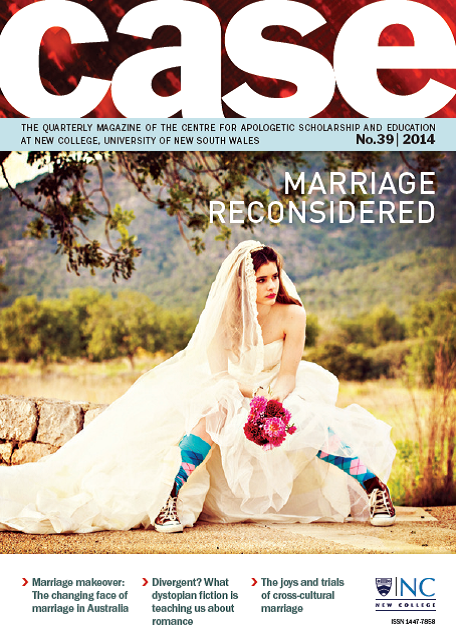 It is hardly surprising that some have called for marriage to be reconsidered. But should it be? Many Australians are clearly doing so. Laws relating to relationships and family have undergone significant changes to keep up with the changes society has made ahead of them. While writing this introduction, there have been calls for changes in surrogacy laws to cope with the most recent challenge: the birth of twins to a surrogate mother. One twin, born with Down syndrome, seems to have been unwanted and the transaction between adults about the two young lives has gone wrong. The latest issue of Casemagazine grapples with some of the complexities around this topic as society reconsiders what marriage is and might be, and the many issues that arise as a result.

We haven't been able to cover every aspect of the discussion, but we've tried to cover a number of issues. Social researcher Hugh Mackay helpfully examines changes in attitudes and practices regarding marriage and family. He finds that while marriage was once the only option for those wanting to start a new family, people now prefer more flexible arrangements. Even those who do marry no longer see marriage as an inviolable institution, but something you stay in only as long as it’s working well.  David Phillips extends this by examining the current status of civil unions in Australia and the implications of this legislation for traditional marriage.

Yet another way in which marriage has changed over recent decades relates to increasing globalisation. In 1998, 52% of all marriages in Australia were between people from different birthplace groups (see Australian Bureau of Statistics, ‘Family Formation: Cultural diversity in marriages’. 4102.0, Australian Social Trends, 2000) and more recent figures show 87% have the same religion (Australian Bureau of Statistics, ‘Couples in Australia’. 4102.0 - Australian Social Trends, 2009. Canberra). My co-editor Dani Scarratt looks at one aspect of these changes, the phenomenon of intermarriage, and particularly at the experiences of Christian couples who marry across a cultural divide.
It needs to be asked whether, given these changes, Christians should continue to insist on a biblical view of marriage, for better or worse?  Or should we reconsider whether the traditional requirements for Christian marriage should be adapted to this new social order Australians find themselves in? Tim Adeney and Stuart Heath look at what the Bible says and argue that when it comes to the basic structure of marriage, Christians should stand firm.

The remaining two articles look back to marriage from the past, and project forward to the future of marriage respectively. David Sandifer delves into the oft-mocked Victorian era of ‘prudery’ and innocence to find what drives the stereotype, and asks if we can learn anything from the Victorians about good marriages.

Changing gear, Jenny Kemp takes us into the immensely popular world of young adult dystopian fiction, to find out what such titles as The Hunger Games and Divergent are telling its readers about love, romance and marriage.

Our hope in bringing these varied articles together is that they will provide multiple lenses for reconsidering marriage and help us to understand why most Christians continue to argue for a biblical view of this God-given relationship between a man and a woman.

As always we provide one of the articles free to readers of this blog (HERE). You can subscribe to Case if you would like to receive our quarterly publication, including this latest issue on marriage.

Subscribers to Case should now have this issue. Individuals can subscribe to receive four issues per year (in hard or soft copy) for as little as $20 AUD per annum. Institutions can subscribe for $120 per annum (there is a special rate for schools and churches). You can also purchase single issues online. Explore all the options HERE.