My first post for 2008 was a review of the book A Spectator’s Guide to World Views. As I indicated in that post the book presents ten different worldviews and invites the reader to consider “Why do I think the way I do?” I thought it might be helpful to review some of the worldviews presented in the book. In each post I will do just three things. I will present a brief summary of the worldview, outline some of the points of departure from Christianity, and suggest some places where we see this worldview impacting on us. This is similar to the structure of the chapters in the book. I won’t attempt to go any further than the book but will suggest other resources along the way that will allow further exploration. I will also offer a few personal reflections as appropriate.

I thought I’d start with some of the worldviews that have received less focus in recent times, beginning with Liberalism. The chapter on Liberalism has been written by David Koyzis.

While most of the influential writers on Liberalism can be traced to the 17th century, the foundations of this worldview can be traced to the Epicurean concept of Individualism some 2,000 years earlier. Individualism claims that “all relationships are basically contractual, like purchasing an item or joining a football club.” Hence, if every obligation can be seen as part of a contract, then “I cannot be made to fulfil an obligation I have not freely and willingly taken on.”

Liberalism emerged in the 17th century in response to the absolute power of European monarchs. The writings of Hobbes (1588-1679) and later Locke (1632-1704) became influential. Hobbes was an individualist and argued that political authority is established by a contract amongst subjects (a social contract). “

This worldview sees the world as belonging to us, and that it is for our purposes. Humans are autonomous and as far as is practicable, should have the right to live their lives as they wish. Liberals place high value on personal freedom and liberty. Noone, especially governments should tell us how to live our lives.

I was confronted with this view of the world when discussing with some residents of my college how they handled alcohol. While the college is ‘dry’ (alcohol is banned inside the building) residents go elsewhere to drink and occasionally some of the non-Christian residents drink too much. On one occasion a resident had been injured on the way home and in discussing this incident with the student executive I had made the comment that my hope is always that if residents drink outside college that they do so responsibly and that if one of them doesn’t that others look out for them. I suggested that this should extend to encouraging others not to drink too much and in the event that they did, making sure that they got home safely. While there was general agreement, one young man turned to me and said: “Trevor we’re all adults in this place – pretty much everyone is over 18 – we can be responsible for our own actions. I see myself as responsible for what I do, not what everyone else does.” I responded by saying, “X, I don’t share your views. When you are offered membership of New College you become part of a rich community. With this membership are rights and responsibilities. One of them is that you will contribute positively to the lives of others. In my view this includes looking out for the interests of others not just your own. If you don’t see it that way you don’t understand what collegial life is all about, and would be better off living in a flat down the road.” At the end of the year he exercised his right to do this and left. Here we see a clash of worldviews in action. One places greater priority on freedom and rights, while the other places greater emphasis on responsibility and community.

How David Koyzis sees points of contact and departure

At the core of liberalism is the belief that humans are autonomous and have control over their world. Christianity, on the other hand, is based on the key understanding that God ultimately controls the world and every life in it.

Liberalism places great weight on the individual’s right to freedom. This is essentially freedom from external constraints. What people do with this freedom is seen as the individual’s business, others (especially the state and institutions like the church) are to refrain from telling members of a society what to do with their freedom.

However, the Bible teaches that true freedom is that which frees you to live an obedient life. While the Bible also talks about being freed from poverty and unjust oppression by others, the primary focus is on becoming free from the power of sin and death.

For freedom Christ has set us free; stand firm therefore, and do not submit again to a yoke of slavery (Galatians 5:1)

Christianity is based on the belief that faith in Jesus and adoption into God’s family - the consequence of surrendering one’s life to Christ – is all about a different kind of freedom. It is freedom to live a life obedient to God, rather than freedom from rules and authority.

Where do we see Liberalism in action?

The impact of Liberalism as a worldview can be seen everywhere. It is seen in the cries of pro-choice groups to be able to choose what they do with their bodies and the unborn children within them. It is seen in the opposition of my young resident who did not want rules about responsible use of alcohol, and certainly didn’t want to accept responsibility for others. It is seen in liberal approaches to education and child rearing that remove all rules and structure and value the child’s freedom to explore above all else. Approaches like Montessori (especially its emphasis on individuality and the ability of children to control and master their world) and alternative schools like A.S. Neill’s Summerhill are based at least in part on liberalism. Liberalism as a worldview is also seen in unquestioning belief in the free market and the assumption that self-seeking individuals will produce a type of natural order that governments should leave alone. It is seen in calls even from within the church for greater freedom to choose alternative forms of sexuality and sexual freedom outside traditional marriage. 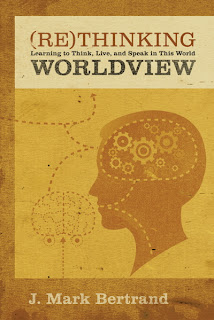 What A Spectator’s guide to Worldviews does is increase our awareness of varied worldviews and in the process help us to sharpen our understanding of what the Bible teaches and why each of us thinks the way we do. This in turn helps us to look to the truths of the Bible centred on Christ to build a sound base for life. For those interested in further reading you might like to look at another recent book (Re)Thinking Worldview by J. Mark Bertrand reviewed by Erik Raymond.