I went to see the much talked about low budget movie “Juno” this week and came away touched by the story and encouraged that Hollywood has produced a movie that at least implicitly is pro-life. Sixteen-year-old Juno MacGuff (played by Ellen Page) is a geeky, funny and unusual teenager who has one-off sex with an equally geeky boy, Paulie Bleeker (played by Michael Cera), and the outcome is an unwanted pregnancy. 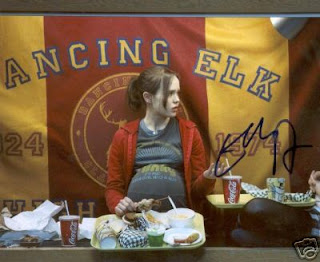 Her first reaction and the expectation of most people around her is that a termination is the only answer. She looks for an appropriate abortion clinic and sets out alone to terminate her pregnancy at 12 weeks. At the door she finds a Christian classmate acting as a lone picket at the clinic. Su-Chin (played by Valerie Tian) is standing with a placard proclaiming “All babies want to get borned” (sic). A lone Christian chanting to anyone who would listen that abortion is wrong. Juno speaks to her and tries to work her way past hoping her classmate might not realise why she’s there. As she slips by her classmate blurts out somewhat incoherently that her child would have a heartbeat and fingernails. “It has fingernails?” Juno replies, hesitates, and then walks in.

The abortion clinic is almost a caricature with a zany teenager at reception offering her forms to fill out and some free condoms. After an awkward exchange Juno leaves the clinic and returns home having decided that she couldn’t go through with the abortion.

The rest of the movie revolves around Juno working through the news that she is to have a baby with her friends, family and school-mates, and her efforts to choose suitable parents to adopt her child.

Many Christians will find things in this movie that that they don’t like. Like the language so typical of teenage life. Juno won’t be seen as the ideal role model for most Christian parents, but her recognition that she needs to live with the consequences of her actions, that she is unsuitable as a parent, and that her child should be placed in the hands of a couple able to take good care of him or her, is all positive. The wonderful character of Juno created by Ellen Page is the real strength of this movie, but it is also a wonderful screenplay that is well acted by all and well directed.

This is the fourth in a series of four hollywood movies in the last year that have had an implicitly pro-life message - “Waitress”, “Knocked up”, “Bella” and now “Juno”. In the three previous movies a married woman chooses to keep the child of an unwanted pregnancy with an abusive husband, a 20 year old decides to reject her mother’s advice to “take care of it”, and a single woman who is finding life tough decides against termination when a friend offers to help her. While none of these movies have been anti abortion, they have all had women who have decided against abortion and value the life of the unborn child above their own circumstances.

In the case of Juno, we see a young woman facing up to her responsibilities after having been confronted by the simple truth that her unborn child had fingernails and a heart beat at 12 weeks. The Pro-life movement has always argued that when woman are confronted with the facts concerning the unborn child as well as well as the details of what happens with an abortion, that there is a chance that they will be challenged to reconsider. It is refreshing to have a movie that subtly celebrates life, rather than the more common practice of promoting the right of women to choose what is done with their bodies, with no consideration of the unborn child. If you’re not sure whether this is for you have a look at the movie trailer first, but I’d recommend it as a movie that is memorable at multiple levels.