I’ve been working on a book over the past year with a group of theologians and educators that is exploring what is distinctive about Christian education. We see a strong connection between faith and educational priorities and decision-making. But we live in an age where teaching is seen as a secular activity and where the teacher is meant to dispassionately separate or even suppress their personal beliefs as they teach the children of other parents. This of course wasn’t how teaching was always seen. In fact, for much of human history, teaching was seen as a deeply religious activity, that is, something guided by beliefs shaped by an understanding of an ‘Ultimate Reality’ concerning the cause, purpose and nature of life and the universe. I am of the view that it is virtually impossible for the act of teaching to be free of religious belief. 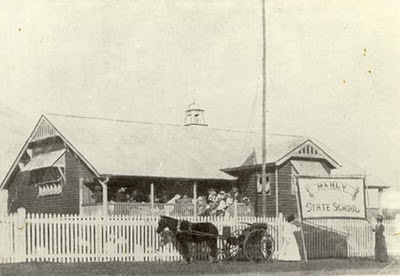 Peter Hodgson in his helpful book ‘God’s Wisdom’ reminds us that people of ancient, medieval and early modern times saw teaching as shaped by religious objects like truth, goodness, beauty and holiness, and a religious power (e.g. God) or agents (e.g. the Torah) as the ultimate teacher. While in a secular society like Australia this is seen as inappropriate by many, one might question what we end up with in the absence of foundational beliefs shaped by an understanding of God. Indeed, there is some evidence that modern theorists who see no place for God struggle to find a focus for education and tend to reach out for some religious or moral significance on which to peg or anchor the theories.

In the absence of foundational religious belief, educators at times present foundational principles, ‘conditions’ and values, which are religious in nature and while at times they are presented as based on evidence, they are just as often reflective of specific beliefs.

Almost 90 years ago Martin Buber suggested that it should not surprise us that educators grapple for an inner religious impulse to be in the service of ‘One’ who can do things that they cannot. The hidden God he suggested is known in the “in between” of dialogical relationships that are at the heart of education.

We can see this tendency in the most surprising places. For example, the work of Gloria Watkins, an African American Professor of English and feminist scholar (who used the pen name ‘bell hooks’) illustrates this tendency. In her book ‘Teaching to Transgress’ (1994) she draws on Paulo Freire’s work to argue that true freedom is to “Teach in a manner that respects and cares for the souls of our students…if we are to provide the necessary conditions where learning can most deeply and intimately begin.”

In sharing Paulo Freire’s passion for the liberating power of education to offer freedom from oppression, Watkins argues that we must demonstrate that anyone can learn. Teaching she suggests “…is a performative act... that offers the space for change, invention, spontaneous shifts, that can serve as a catalyst drawing out the unique elements in each classroom.” Teaching can change people and liberate them to realise their potential and change the world. Peter Hodgson argues that this power of transformation that writers like Watkins speaks of is “a sacred power”.

While not suggesting that education is a religious activity, American philosopher, psychologist and educator John Dewey also offered echoes of the sacred as he argued for the role of education as a key to renewal and human transformation. And yet, Dewey was one of the founders of pragmatism and his work was a catalyst for varied progressive approaches to education and the championing of education’s role in ensuring democracy. He wrote the following words in his well-known work ‘Democracy and Education’ (1916):

“By various agencies, unintentional and designed, a society transforms uninitiated and seemingly alien beings into robust trustees of its own resources and ideals. Education is thus a fostering, a nurturing, a cultivating, process. All of these words mean that it implies attention to the conditions of growth. We also speak of rearing, raising, bringing up - words which express the difference of level which education aims to cover. Etymologically, the word education means just a process of leading or bringing up. When we have the outcome of the process in mind, we speak of education as shaping, forming, molding activity -- that is, a shaping into the standard form of social activity.”

While Dewey and others grasp for words to explain the essence of what they believe, words like “ideals” lead us to ask, on what foundations are these based? But for Freire and Dewey, it is education that liberates and sets people free, whereas the Bible teaches that only Christ can offer true emancipation and freedom (Gal 5:3). The transformation that Freire’s education or that of Dewey offers is a pale shadow of the transformation that is possible in Christ (Rom 12:1-2).

I appeal to you therefore, brothers, by the mercies of God, to present your bodies as a living sacrifice, holy and acceptable to God, which is your spiritual worship. 2 Do not be conformed to this world, but be transformed by the renewal of your mind, that by testing you may discern what is the will of God, what is good and acceptable and perfect.

Education is indeed about transformation, but I believe that it is much more than just the transformation of knowledge and behaviour. The Bible doesn't say a lot directly about education, but the picture that it presents of the transformed life in Christ is relevant to our thinking. The Christ-centred life is one under the direction and authority of God; and is made possible by God's grace in sending his son to take the punishment for our sins and to restore our relationship with him. The life God demands of us is one that leads to a renewing of our minds and the transforming of our life priorities. The biblical message of transformation in Romans 12:9-21 is a life of very high expectations made possible by Christ.

"9Let love be genuine. Abhor what is evil; hold fast to what is good. 10 Love one another with brotherly affection. Outdo one another in showing honor. 11Do not be slothful in zeal, be fervent in spirit, serve the Lord. 12Rejoice in hope, be patient in tribulation, be constant in prayer. 13 Contribute to the needs of the saints and seek to show hospitality.

14Bless those who persecute you; bless and do not curse them. 15 Rejoice with those who rejoice, weep with those who weep. 16 Live in harmony with one another. Do not be haughty, but associate with the lowly. Never be wise in your own sight. 17 Repay no one evil for evil, but give thought to do what is honorable in the sight of all. 18If possible, so far as it depends on you, live peaceably with all. 19Beloved, never avenge yourselves, but leave it to the wrath of God, for it is written, "Vengeance is mine, I will repay, says the Lord." 20To the contrary, "if your enemy is hungry, feed him; if he is thirsty, give him something to drink; for by so doing you will heap burning coals on his head." 21Do not be overcome by evil, but overcome evil with good." 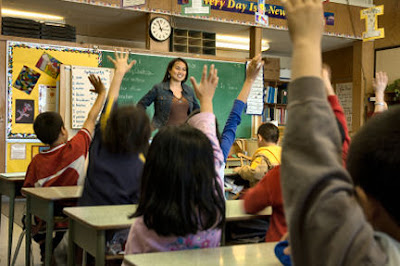 While not all readers of this blog will accept the message of the Bible, my challenge to all would be to consider the ultimate goals of an education system that seeks to strip away any basis of belief or faith. From what will it draw its priorities and what will be the marks of the graduate of the system of education that is created? My comments above will raise many questions. Am I saying that you have to be a Christian to be a good teacher, or is the only good school a Christian school? The short answer to both is no. But what I am saying is that what teachers believe matters, and that their beliefs have an impact on the type of education that is offered. I will return to this topic again in 2011.