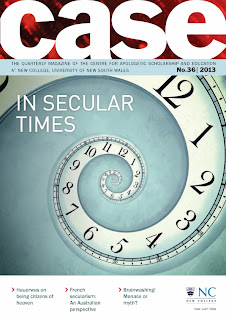 In our latest edition of Case magazine we explore the topic of secularity. Christians have something of a love-hate relationship to secularity. Its seemingly unstoppable march across the Western world and beyond is lamented by those who attribute to it the passing of ‘Christian values’ from society, a reduction in church attendance, the end of school nativity plays, and sport rather than life-of-Jesus movies on TV on Easter Sunday.

On the other hand, history shows that Christians have frequently benefitted from secular attitudes, and have actively promoted the secular state for the protection it provides against religious coercion and persecution. Edwin Judge delves into the ancient history of secular government and the role of the early church in its development in his article ‘How religion became secular’ (p9). Addressing more recent history, Danny and Debbie Mullins’ plot the French path to secularism which, along the way, also illustrates how secular government can protect religious freedom.

This love-hate relationship may be understood according to where Christianity sits in the relevant power structures when it interacts with the secular. Where Christianity is (or has been) the dominant religion and there has been little persecution—in countries like Australia—a rise in secularity means a loss of comfort, loss of shared assumptions, loss of privileges (or an extending of previously exclusive privileges to other religions), and so it is viewed negatively. However, in contexts where Christianity is on the receiving end of intolerance and oppression from hostile state religion, secularity can be welcomed as a bringer of religious freedom.

But restrictions on religious freedom for ‘other religions’ do not always come from governments that are tied to religion. Legislation that protects freedom of religion itself can cross the line into an aggressive freedom from religion.

A secularity that provides space for the peaceful co-existence of different religious doctrines and ways of life (within limits of mutual respect of the rights of others), can slip into a secularism where that space becomes opposed to all religion. Ironically, secularism here becomes itself a kind of substitute religion—an anti-religion—with its own dogmas and practices that all must adhere to or be labelled ‘heretic’.

The political secularism of France is again illustrative of this, with its ban on wearing religious symbols in public educational institutions. Don Carson’s book 'The Intolerance of Tolerance', reviewed in this issue by Alison Woof, also points to evidence of this trend this in North America. 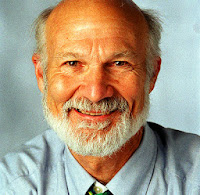 What should be the response of the church in this complex age where debate about secularism is a difficult and significant issue for the Christian church to understand and engage with? Stanley Hauerwas in his essay writes that the Christians are citizens of heaven and that this should lead us to embrace a ‘heavenly politics that makes it possible for us to be a people who are an alternative to the worldly politics’. In other words, he sees the church as serving democracy as a different type of community. This, he argues, should demonstrate respect for adversaries within and outside the church, rather than simply being a '...tributary to whatever secular consensus seems strong at the time'. The difficulties are not going to go away. Christendom has passed, and Christians must again learn ‘like the Jews, to live in diaspora… To so live means we will be without security of place other than heaven, but surely that is the grandest security to be had’ (p8).

In addition to our pieces dealing directly with the issue of secularity in this edition of Case Magazine, David Hohne’s article examines the epistemic and moral burdens sceptics bear in their disengagement from the world, and the relief that may be found in Christ. Finally, in ‘Manufacturing belief’ Dani Scarratt reviews a book on brainwashing, and looks at the implications for Christians on both sides of the persuasive interchange.

If you don't currently subscribe to Case there are many ways that you can read this edition. You could subscribe (here),  and receive a paper or electronic copy of the quarterly magazine. You could also read one of the articles free on the CASE website (here). Or you could buy single issues of the magazine online (here).  I hope that many will find this edition of Case helpful and thought-provoking.