Ignoring God's word at the cost of the church

There has been a very public rift between a Brisbane Priest, his congregation and the Archbishop of the local diocese. The conflict demonstrates what happens when social agendas and concerns become the priority within a church, rather than the proclamation of Christ and worship of the living God.

Miranda Divine in the Sydney Morning Herald (26.2.09) offers an interesting perspective on the problems of St Mary's Catholic Church. For overseas readers and those who have missed the media reports in Australia, Father Peter Kennedy has been the priest at the church for 28 years and has a strong local following. Trouble is, Father Kennedy has become a law unto himself and has refused to conform to Catholic teaching. As a result, Archbishop John Bathersby has asked him to leave. Father Kennedy has refused and many parishioners have backed him rather than the archbishop.

The media have had a lovely time portraying the Catholic Church hierarchy as unfair in seeking to remove a man loved by his flock. In turn, it has portrayed the Archbishop as out of touch with contemporary needs. The supporters of Father Kennedy point to their raft of key social agendas, many of which seem to frame what is said in the pulpit. None of this seems to be influenced by Scripture or even the teachings of the Catholic Church. Miranda Divine characterises, perhaps too harshly (I'm not in a position to know firsthand), the battle as one between the Church and the Socialist left. She writes:

"I take my authority from the people," Kennedy told reporters. Not God? No wonder the Socialist Alliance loves him. Socialism regards religion as a "spiritual oppressor".....the 70-year-old Catholic priest.... has turned [the church] into a green-leftist New Age drop-in centre.

But lest you think she is only being critical of Father Kennedy, Miranda Divine suggests that perhaps the Archbishop of Brisbane has himself to blame:

While you can feel pity for Bathersby, the mess is his own making. Having tolerated Kennedy's antics for years, and having presided over the transformation of Brisbane into the most progressive and least disciplined archdiocese in the country, he can hardly be surprised by the result.

The purpose of church 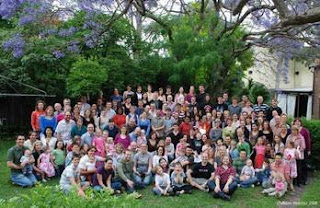 It seems to me that the basis of the dispute between Father Kennedy and Archbishop Bathersby is at its very foundation a discussion about the purpose of the local church. It has arisen at St Mary's because of a neglect of the Bible's clear teaching on what church is for and a failure to grasp the centrality of the cross to Christian faith as more than simply an iconic image. In October last year I wrote a post (click here) that discussed the purpose of church. In the post I presented a summary of a useful paper developed by the Doctrine Commission of the Sydney Diocese of the Anglican Church that is relevant for the debate that St Mary's Church is having about its priest.

Father Kennedy seems to see the local church as a forum for inspiring and marshalling others for social action. While the Bible speaks of the need to redress injustice, to feed the poor, to care for widows and so on, such action is always subordinate to the glorification of God and the need to accept God's gift of grace through faith in, and obedience to, Christ. The Christian assembly is unique amongst human gatherings and is essentially those who have been called together by the gospel of Christ, who share in the Holy Spirit and who fellowship together. What unifies is a common faith, not a common cause. Our corporate meetings (in whatever form) have a vertical dimension (Godward), and a horizontal dimension (towards one another). Some call the corporate coming together 'worship', but this of course limits our understanding that all of life is in fact worship; and all in life is to be done to the glory of God. We meet for fellowship with one another and with God. While we know that Scriptures teach that we are always in fellowship or sharing with each other and God through the Spirit (Eph 2:18), the New Testament also speaks of a particular sharing or fellowship together in Christ in the assembly here on earth (John 17:20-23; 1 John 1:2-3). 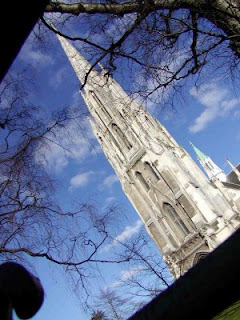 People come together at church to grow in maturity and in knowledge of Christ. The assembly must always be moving forward and be in the process of being built (edified). This involves not just numerical growth, but growing in maturity and depth of faith in Christ (Eph 4:16; Col 2:19; 1 Cor 3:9; 1 Cor 3:9; 1 Peter 2:5). The growth of the assembly involves the growth of individuals as well as their mutual relationships; we are "Therefore, as you received Christ Jesus the Lord, so walk in him, rooted abd built up in him and established in the faith, just as you were taught, abounding in thanksgiving" (Col 2:6-7).

The Christian assembly while giving testimony to God and welcoming non-believers, in the New Testament, is characteristically the fruit of evangelism, not its agent, nor its vehicle for social action. The gospel is proclaimed everywhere, not just in the assembly (1 Cor 10:31-11:1; Col 4:2-4; 1 Peter 3:15). The Christian assembly furthers the work of the gospel by building outward-looking mission-minded Christians who will do whatever they can to win others to Christ and will take the gospel to the world (1 Thess 1:8).

None of the above should be taken to mean that I am arguing against social action; readers of this blog and followers of CASE know how we urge people to engage with their world, to make a difference to our communities, and to reach out to and care for our 'neighbours'. However, St Mary's Church demonstrates what happens when the place of social action, and a desire to celebrate pluralism, supplants the cross of Christ as the centre-point of church teaching. There will always be diversity in the way we assemble together. Even in the case of St Mary's, I doubt that the unusual way that Father Brennan has chosen to run his services and deal with the sacraments, is the key bone of contention. The Christian assembly must always be ordered around hearing Christ's word and responding to it in faith, obedience and loving fellowship with God and each other.

The most important consideration week by week in the local church is to consider what God has done, what is he doing, and what he will continue to do through Christ. It should not be about what we can do for God, let along the community. Our gatherings should do three main things. First, they must always bear testimony to Christ and the manifold wisdom of God (Eph 3:10), which is especially displayed as followers of Christ love one another with Christ-like sacrificial love (John 13:34; Eph 4:1-3; 5:1-20). This is a love born of the Spirit (Rom 15:30; Gal 5:22) and is the proof that we know God, have been given new birth and are obedient to the truth (1 John 4:7; 1 Peter 1:22). Second, they should offer an opportunity for rich fellowship demonstrated in confession, prayer, response to the Word, giving to others and the sacraments. Third, we should meet to be building maturity in Christ. The assembly is called into being through the word of God, and the same word dwells in and builds the assembly (Acts 20:32; Eph 4:15-16; Col 3:16). Hence, if the assembly is to grow and be built up, hearing the word of God is central. The world is littered with churches, and in fact whole denominations, that have withered and died as their focus has shifted away from Christ to themselves and the needs of others. This should not be a debate about social action or no social action; plurality or non-plurality; but rather, a right concern to honour the name of the God of the universe as we gather together. 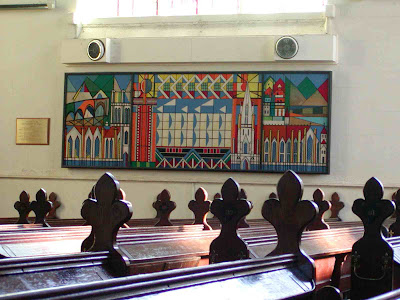