In the 'The gagging of God: Christianity confronts pluralism' (1996) Don Carson, while pointing out the obvious errors of postmodernism, concedes that there is at least one thing that we can learn from it. He suggests that postmodernism is a counter to arrogant dogmatism for which there is little justification. Dogmatism is the strong expression of an opinion or assertion without evidence. It is not to be confused with expressing our well argued and thought through views with strength, boldness, certainty and conviction. The key is the need for evidence to support our views and to have right motivations.

John Stackhouse takes this idea a step further (with a twist) in his book “Humble Apologetics” (2002):

“If we are going to defend and commend our faith, we must do it in a new mode: with a different voice and in a different posture. Our apologetics must be humble.” 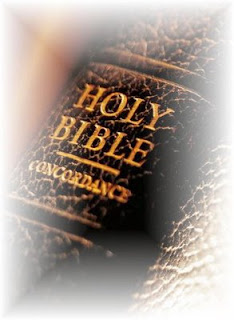 This is an interesting point in a book with which I find plenty to disagree. In fact, at times his unpacking of the theme of the book leaves me wondering about his biblical approach. I don't think there is a need for a 'new' mode, just an understanding of what the Bible teaches about sharing our faith. Paul surely demonstrated this mode 2,000 years ago (e.g. his teaching in Athens as described in Acts 17:16-34). Paul was constantly evangelising people who were biblically illiterate and had worldviews inconsistent with Judeo-Christian teaching. Did he do this with humility? I think he did. Although his detractors have claimed that he was arrogant, I don't see it this way. To present alternative views or even truth claims does not equal arrogance. While Paul’s writing and teaching did not hide from the exclusive claims of Jesus, he presented these claims in reasoned ways; he presented evidence. The gospel message was not accommodated to the desire for pluralism and acceptance of many gods and many views. Rather, Paul and the other apostles vigorously presented the claims of the gospel and gave evidence. As Carson puts it,

'[They kept] insisting on the uniqueness of Jesus Christ and the exclusiveness of the saving power of his gospel. But they did so in such a way that they showed they understood the people they were addressing. We must develop similar firmness, and similar flexibility.’

A key apologetic lesson that we can learn from Paul in Acts 17 is that he did not present the gospel to the Athenians through a moral lesson, nor through a deconstruction of their culture. Rather, he laid out a biblical worldview framework then presented the evidence for the gospel of Christ. Paul afforded the Athenians every respect, but he did not accept that their views of the world had the same authority; instead he presented what he saw as the truth because he knew that the truth would set them free (John 8:31-32).

In reality, average postmodernists are not simply seeking universal intellectual humility. Nor are they simply arguing that we are fallible humans capable of error on a constant journey to learn more. Rather, their aim is often to reinforce the relativistic argument that all interpretations of text are equally valid, and in its most extreme form, that all textual forms are equally valid and valuable. This is a direct assault on the Christian’s claim that the Bible as a written text is the source of evidence for our faith and ultimately, God’s truth.

Paul also demonstrated in life what in fact he taught the Ephesians, that we must "speak the truth in love" (Ephesians 4:15). Paul's debate with the Athenians demonstrated what this means, that his desire above all else was to see people won for Christ. Douglas Groothuis reminds us that if we don't speak the truth in love, we are guilty of arrogance. Instead, we should develop our apologetic skills to "sanctify ourselves in the truth, to win souls for Christ, and to glorify God".

If there is such a thing as arrogant apologetics it must surely be to lose sight of why we give a reason for our faith; to rely on self, to engage in intellectual arguments with others to prove a point, to score points, to seek to increase our sense of worth and maturity by our eloquent and reasoned debate. This is the seedbed from within which arrogance grows and humility is choked. Paul reminds the Corinthians:

Therefore, knowing the fear of the Lord, we persuade others. But what we are is known to God, and I hope it is known also to your conscience. We are not commending ourselves to you again but giving you cause to boast about us, so that you may be able to answer those who boast about outward appearance and not about what is in the heart. For if we are beside ourselves, it is for God; if we are in our right mind, it is for you. For the love of Christ controls us, because we have concluded this: that one has died for all, therefore all have died; and he died for all, that those who live might no longer live for themselves but for him who for their sake died and was raised.

Paul urges the Corinthians to be controlled by the love of Christ, to search their inner motivations, and to be driven by the knowledge that Christ died for them. They are to persuade others to understand this truth. There is no room for arrogant pride here, only a humble knowledge that Christ died for us and calls us to tell others to give a reason for our faith and to seek to persuade others with the truth of the gospel.