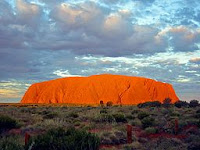 I wrote a blog post back in February 2008 (here) on Indigenous educational disadvantage. The post was motivated by an apology by the Prime Minister and the Australian Parliament on the 13th February 2008 that was focussed on the injustices that Indigenous Australians had suffered since white settlement began in 1788. The apology was met with widespread support, but many people (including me), called for action to address disadvantage now that this first step had been taken. In my post I pointed out by way of an example, that Indigenous Australians were greatly disadvantaged in educational opportunities. I cited the National Indigenous English Literacy and Numeracy Strategy published in 2000 by the Commonwealth Department of Education Science, which concluded that:

I concluded my post by saying that "my hope is that we won't be reading 2008 reports in 2010 that have not been activated, nor should we able to read them in 2013 and say little has changed."

I write again 2 years later in 2010 and report that more recent data are discouraging. A report by the Australian Council for Educational Research as part of the OECD Programme for International Student Assessment (PISA) published in 2009 is depressing. The report draws on data from PISA for the period 2000-2006. It brings together analyses of the achievement of Australian Indigenous students in reading, mathematical and scientific literacy in each of the three cycles of the PISA conducted in 2000, 2003 and 2006. I serve on the National Advisory Committee of PISA as one of three academic representatives. The key findings are as follows:

The PISA report concludes that "...initiatives to improve the education of Indigenous students through educational policy have to date had little effect."

All groups within Australian society must take collective responsibility for addressing the significant disadvantage of Indigenous Australians. A number of Christian organizations and many individuals have been working in Indigenous communities for decades but much more needs to be done. A good example of grass roots action is Yirara College run by the Lutheran Church in Alice Springs within the Northern Territory. Similarly, a good example of efforts in urban areas is the initiative of St Andrews School in Sydney that has established a special campus in Redfern that is tackling Indigenous educational needs head on. Gawura is a small community based school of about 25 children in mixed staged classes from Kindergarten to Year 6 is focussed on the teaching of literacy, numeracy and elements of Aboriginal and Torres Strait Islander culture and tradition.

These are good initiatives but it will require many more initiatives of this kind if we are to make a difference. It is also obvious that Indigenous health problems, high levels of adult unemployment, various addictions, and poor housing are all related. We need an holistic approach and we've been saying this for a long time. But far too often our efforts in addressing educational disadvantage have been tokenistic and have lacked persistence and follow-up. It will require all levels of government and communities of interest that grasp the injustices facing Indigenous Australians and take positive action to make a difference.