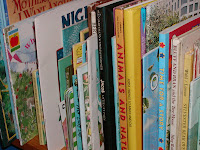 I have been an academic for 30 years and a Christian for 26 years.  At first when I became a Christian I struggled to see connections between the life I was living day by day, and my new life of faith as a believer in Christ. But as I grew in my understanding of the Bible I began to see the presence of God in my work and my study.  As an academic interested in how children learn I have maintained a long-term interest in literature and its power not just to teach about language and life, but also to enrich our lives and even transform the way we think about our world. Over time, I have come to realise that stories, even when created by non-believers in Christ, contain echoes of the central meta-narrative of the Bible.

The focus of the Bible is Salvation History, with its central narrative tracing both the history of Judaism and Christianity and God’s redemptive plan for his people. In the beginning God created…and it was good. But sin entered the world, man rebelled against him and so God placed a curse upon his creation that one day would end in judgement. But God always had a plan for such rebellion; a plan of redemption motivated by love. An amazing gift of grace; his own son sent to die and three days later to be raised from the dead to defeat sin and death. A plan that provided a way for his creation to be restored to a relationship with him. Salvation for those who repent of their sin, seek the mercy of God and in faith commit their lives to following Jesus. This is the meta-narrative of the Bible.

You don't have to go far to begin to see how literature often echoes (even if imperfectly) God's foundational story of salvation told in and through the life of Christ. J.R.R. Tolkien once said (to C.S. Lewis) that “The Christian story is the greatest story of them all. Because it’s the real story. The historical event that fulfils the tales and shows us what they mean.”

Lewis and Tolkien both saw the gospel narrative as the central or foundational human narrative. The rescue of a pig by a spider in a children's story, which at one level might seem trivial, is a faint echo of the ultimate act of sacrifice of God in redeeming his children through the sacrifice of his Son. The real event ultimately fulfils the literary narratives and makes sense of them. After studying children's literature for over 30 years I have come to see the wisdom of Tolkien's comment. There appear at least 5 main ways that Christian writers of children's books can point their readers towards God's divine narrative of redemption: 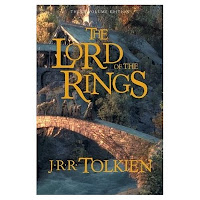 Type 1 – Stories that directly present the Christian gospel explicitly, often in the form of the retelling of Bible stories suitable for children. Children’s Bibles and collections of Bible stories fall into this category.
Type 2 – Stories that allegorically present the gospel (e.g. John Bunyan’s Pilgrim’s Progress).
Type 3 – Stories that present or address essential biblical understandings and teaching; where the key elements of the Biblical plan of salvation are woven within the story, or can be seen as explicitly reflecting the key elements of the divine narrative (e.g. J.R.R. Tolkien’s Lord of the Rings and The Chronicles of Narnia by C.S.Lewis). While some would see the latter as allegory, Lewis denied this and instead claimed that the narrative came first and the biblical parallels followed.
Type 4 – Moral tales that have direct biblical parallels or that reflect moral principles consistent with the Bible’s teaching (e.g. evil will be punished; sin has consequences; honesty is better than falsehood). Nursery rhymes and many fairy tales fall into this category, as do many cautionary tales (of course not all such tales reflect biblical moral insights, but many do).
Type 5 – This is really a variation or extension of the above. Here the links or parallels are at the thematic level rather than in the form of moral teaching. Stories of this kind demonstrate or echo biblical teaching (e.g. salvation narratives, stories of redemption, parallels to biblical narratives or parables). These narratives parallel the gospel narrative without explicit commentary. Such stories can be read at one level as simply a nice tale, but at another level the key themes parallel biblical themes that can be discussed.

I have suggested before (here) that types 2-5 offer special potential for audiences beyond the children of Christians. The following demonstrate some type 5 examples of what I mean.

This is a well-known book written for 6-10 year olds. It is a beautifully written tale about a group of talking farmyard animals, a spider, a rat and a little girl named Fern. While it makes no attempt to teach the gospel narrative, or even disguise it within an allegorical telling, it has themes that parallel key themes within the biblical gospel narrative. At one level, it is the celebration of loyalty, love and friendship. But it is also a salvation narrative. The story of a runt pig rejected by the farmer, sentenced to death but then rescued first by a small girl and later by the work of an intelligent and literate spider. At this thematic level, the narrative points to the power of faith, hope, love, charity, sacrifice and new life.

Example 2 – “Why do you love me?” by Martin Baynton 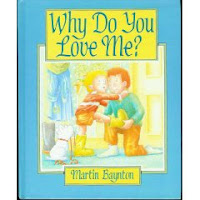 This is a beautiful little picture book written for 3-6 year olds. It is essentially a dialogue between a dad and his little boy, prompted by the boy’s question, “Do you love me?” This is one of those conversations that only a parent could full appreciate. The little boy asks, “Why do you love me?” “Do you love me because I’m kind?” “..brave?” “..funny”? “…clever”? “…good”? “…naughty?” To each question the Dad says “Yes”. “So why do I try to be good” says the boy. “You tell me,” says his dad. “Because I love you too”, replies the boy. The echoes to the biblical account of God’s grace are evident. Like God whose love towards us is an unconditional act of grace not linked to who we are and what we do, the father loves the boy in spite of who he is and what he does unconditionally. He loves him through the good and the bad. And the boy, in response to the love of the father, loves his father as well and seeks to please him.

Example 3 – “The Delivery of Dancing Bears" by Elizabeth Stanley 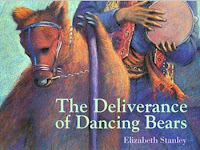 This is a picture book written for children aged 4-7 years that is essentially a contemporary fable, although it was written in opposition to the cruelty that 'dancing' bears had experienced in many countries.  The dancing bear is enslaved and mistreated at the hands of a cruel man who uses her to entertain people in the market square of a village in Turkey. The bears hope of freedom keep her alive until one day a noble peasant comes to rescue the bear by paying the cruel owner a ridiculous price (all he had in the world) well beyond what the bear was seen as worth by its keeper. This great act of grace frees the bear and the old man Yusuf takes her back to his humble cottage near a stream and loves it back to a life of freedom from the fear and pain of the past.

The story is centred on an act of great mercy from the old man, who gives all of his earthly wealth to rescue the bear.  This is a story of rescue from slavery, redemption due to the love, grace and mercy of Yusuf and the bear's ultimate restoration to the life she was meant to live.

The Special Merit of Children's Literature

There is great merit in Christians seeking to write literature in its many forms for children. Such writing needs first to meet the basic criteria for good writing – good tales well told; language used well; narratives that work at multiple levels; rich authentic characters; interesting ‘page-turner’ plots. But beyond this they should:
What is important to stress is that Western literature is an essential communicator of cultural traditions that reflect the central biblical narrative of Christ. Good books, shaped by Christian understanding, offer an opportunity for the essential foundations of the biblical narrative to be communicated in stories that connect with children's contemporary world.  This offers a bridge to the biblical narrative and its life-changing opportunity to be repent and believe in Christ.