God and the Artist - Part 2

New College (which established CASE) has an annual public lecture series each year, which I convene. The Lectures are in their 22nd year and are on each evening (2-5 September 2008). Their purpose is to bring together the college residents, University, Church and wider community to discuss significant issues of common concern. This year the theme is God and the Artist: Human creativity in theological perspective and our lecture is Professor Trevor Hart from the University of St Andrews, Scotland. 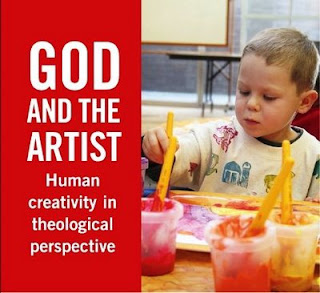 The ‘heart of man’ and the ‘mind of the maker’: Tolkien and Sayers on imagination and human artistry

This post is my summary of what Professor had to say. While I have tried to faithfully report the summary of the lecture, and present his views (not necessarily mine), and I have used many direct quotes, any inaccuracies are my responsibility not those of Professor Hart.

Last night he focussed our attention on the work of two writers Tolkien and Sayers in his attempt to advance his theology of artistic creativity and imagination. He started his analysis on Sayers with her play “The Zeal of Thy House” that she wrote for the Canterbury Festival in 1937 – a work that was to be a celebration of artists and craftsmen. In her writing of this play centred on the rebuilding of the church’s choir in the late 12th century - and using the French architect William of Sens (chosen to undertake the work) as the protagonist - she “paints a picture of human artistry and craftsmanship as at the very least a spiritual vocation equivalent to others, and at best something much more significant than that.” Much of his discussion centred on a final speech to the audience by the Archangel Michael in “The Zeal of Thy House” and Sayers popular wartime classic “The Mind of the Maker” (1941). 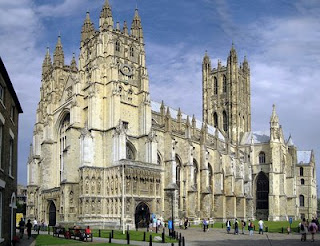 Sayers like others before her used the doctrine of the Trinity as a metaphor to create a conception of the place of the artist relative to their creator. She described the book as ‘three books’ – the ‘idea’ of the book, the ‘energy’ or birth of the idea, and the ‘Power’ or the impact of the work as it is read. This is a work of skilled apologetics that goes much further. Hart suggested that what her work offers is a “distinctive theology of the creation of human beings in the image and likeness of God. To be human, to correspond to God humanly, is above all else to be creative and thereby to ‘image’ God’s won Trinitarian being.” “Creativeness… was for Sayers the secret to the Cosmos, the fundamental pattern of personal existence…to be human according to Sayers was not only to be homo sapiens, but homo faber – man the maker”.

Professor Hart offered a brief and partial critique of the problems with Sayers theology and aesthetics. First, as C.S. Lewis reminder her, “there is an unbridgeable gulf of sorts between God and the world he has made, between the ‘created’ and the ‘uncreated’. He reminded Sayers that any analogies we use to think and speak of God must therefore tremble at the temerity of their own approach to what is finally a holy mystery and must remain so. Second, Sayers picture of God’s eternal Trinitarian being is of a specific sort, (which Hart suggests is probably influenced by St Augustine and Karl Barth); one that does not view the Trinity as three divine ‘persons’ in relation to one another, but aspects or modes of existence of one divine person. Third, Sayers’ premise that the creative act can occur wholly within the mind of the maker is problematic (even for literature), but moreso for music and art. Fourth, Sayers offers, “a highly individualist account overlooking the importance of social and communal factors vital to the facilitation of creativity” - as Nicholas Wolterstorff has reminded us. Finally, it needs to be noted that Sayers’ own rendering of Trinitarian notion of “Idea, Energy and Power’ is developed (as Hart points out) with virtually no reference to Christian Scripture.

Before moving to Tolkien Hart finished with an analysis of how Sayers defined the hallmarks of creativity. What does creativity look like? He offered three insights from her work. First, “being creative involves bringing something new into the world God has made, something which was not there before. At the level of the materials used she accepts that there is a finite amount, we don’t add to God’s creation. But at the level of imagination, “she insists that there is no such finite constraint – pattern, form and meaning do not belong to the inventory of the flesh.” For Sayers the artist comes closest to the creation ‘out of nothing’ that the Bible teaches is the prerogative of God himself.

Second, “to be creative is to exercise God-given freedom, refusing to be constrained by the apparent limits of givenness….pushing beyond the thresholds of the familiar….”. It is a freedom within rather from the divinely ordained potentialities and constraints of the world.

Third, “creativity adds value to the world. It enhances and enriches, taking the world as it finds it, and handing it back transformed for the better through a supererogatory surplus of care and attention.” 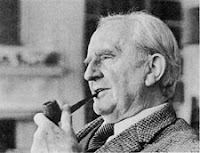 Professor Hart then turned to Tolkien. Using Tolkien’s literature and writing about literature as backdrop he unpacked Tolkien’s concept of artistry as ‘sub-creation’. Tolkien’s first foray into myth was his work “The Music of the Ainur” in which a recount is given of how God created first a race of angelic beings (the Ainur or Valar) as participants in fashioning of Middle-earth. Unlike the biblical creation myth, “The music of the Ainur” is not just about God’s creativity, but equally ours’. The Ainur are “….‘sub-creators’ not co-creators. There is a subordinate modality of creative action, yet one that is nonetheless, thoroughly creative.” Tolkien suggests that “the ‘many hues’ which adorn the world and render it beautiful….must be refracted through our sub-creative act” for his myth is concerned with human artistry.

Professor Hart suggested, “…human art is in some sense a matter of assisting in our turn, in making our world.” Drawing on Tolkien he suggests that the desire that drives creativity (and which can be corrupted as we see in William of See) is a “sort of insatiability”, but one which has the good and the free flourishing of its object (Tolkien calls this ‘Primary Reality’) as its chief concern. “The artist is no slave to reality, but her lover.” If art is born out of unsatisfied desire it is kindled and sustained by a God-given imagination. For Tolkien, “..to be human is to be (and called to be) creative with respect to God’s world.”

Building on Tolkien’s thesis Professor Hart unpacked the concept of a “secondary” or alternative world (or Sidney’s “Another nature” as discussed in Lecture 1). When authors like me use titles like “Other Worlds: The endless possibilities of literature” what is implied and how does a theology of the arts offer explanatory help. Hart points out that Tolkien does not mean an entirely alternative cosmos (though Middle-earth seems to go close to this), he means instead the particular object or ‘work’ which the artist fashions. Tolkien does not seek to blur the boundaries between reality and unreality. He draws a clear distinction between the “Primary World” and the world of the story, “….something the artist expects us to take for granted.” While being expected to be citizens of the Primary World “…we are expected to permit ourselves to be drawn imaginatively across the threshold between fact and fiction, and to become temporary indwellers of another world….”

Secondary belief is appropriate and expected with respect to a Secondary World “…of which we become, temporarily, citizens by virtue of some sub-creator’s art. The capacity to engender it, indeed, is, for Tolkien, what differentiates art from mere ‘imagination’ at all.”

Hart’s last interesting twist to his explanation of Tolkien’s work comes with his discussion of ownership of the these secondary worlds and secondary belief within them, a point at which there is clear diversion from Sayers. Tolkien had a particular view of the status of an artistic world, he knew that “…he wasn’t the creator of Middle-earth in any absolute sense.” There are many things “…about this literary world and about any work and world of art, about which the artist was and would and would never be in any position to declaim with absolute authority…..the work…always comes to the artist as something given and received, and in one sense, therefore, not ‘created’ by him or her at all.” Readers and observers of art will find all sorts of things in the work that the artist was not aware they had placed within it. 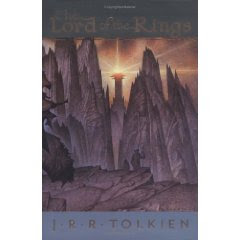 “For the sub-creator, the making of other worlds is no act of defiance or contradiction of the prima divine ‘Let there be…’. On the contrary, the artist’s Secondary Reality enjoys a positive relationship to the Primary Reality which, ordinarily, we indwell, and is always glad to acknowledge its subordinate state.”

Tolkien insists that artistic vision does not seek to supersede our world, but instead seeks to glimpse the richest possibilities latent within the creative vision of God. And he presents an underlying concept. Our art is not so much about things are, but of what they are capable of becoming, and “how things may be and will be when God is finally all in all (this) …is the source of that joy which aesthetic experience grants us. Beauty – genuine beauty – is finally an eschatological phenomenon.” Art “…does not compete with the world but in a profound sense for Tolkien makes the world new.”

The third and final lecture will be presented tonight with the title “Givenness, grace, and gratitude: creation, artistry and eucharist”.

Please note that the full text of the lectures plus MP3 files will be posted by the end of next week.