God and the artist

In an article for the upcoming Case magazine with the theme "God, Creativity and Creators", Professor Trevor Hart challenges readers to "recognise artistic imagination among the greatest gifts of God". He suggests that:

"The artist has not....always been a figure whose contribution to human life has been valued, or towards whom any great appreciation has been shown. On the contrary, imagination in general and ‘creative’ or artistic imagination in particular, has often been treated with great suspicion, not least in Christian circles. The products of human imagining have regularly been viewed as at best a frivolous distraction from serious engagement with things (whether that be scientific, economic, political, religious or some other form of engagement). At worst they have been thought of as a dangerous hindrance to such engagement, weaving a skein of falsehoods that distance us further from truth rather than facilitating any meaningful contact with it." (Trevor Hart, 2008, Case, No. 16, p.9)

Professor Hart will take up this issue as part of his exploration of the theology of the arts and creativity at the annual New College Lectures. It should be a stimulating and thought provoking series of talks.

Trevor Hart is Professor of Divinity and Director of the Institute of Theology, Imagination and the Arts at the University of St Andrews, Scotland. He teaches and publishes in Christian doctrine and systematic theology, with particular interest in the engagement of Christian theology with philosophy and literature. He has been brought to Australia by New College and CASE for the sole purpose of presenting the 2008 New College Lectures.

His series of three lectures is titled God and the Artist: Human creativity in theological perspective. 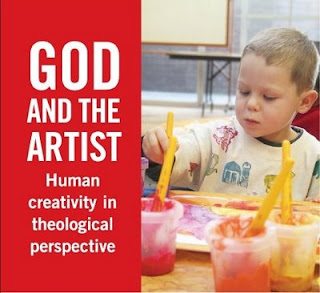 The details of these free public lectures are as follows:

Tuesday 2 September
The lunatic, the lover and the poet': divine copyright and the dangers of 'strong imagination'

Wednesday 3 September
The 'heart of man' and the 'mind of the maker': Tolkien and Sayers on imagination and human artistry

For more information on the lectures and how to RSVP (which is essential) consult the New College website here.