Home   And Just in CASE   Family Heritage: A reward, blessing and responsibility
Families 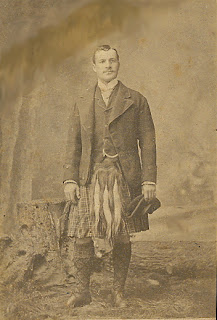 I've just returned from a family reunion in Newcastle. The Linton family in Australia is traced to Hugh and Mary Linton who arrived on the SS Scotland on 4th September 1882 – 125 years ago. As I considered the family tree I couldn't help but think that my Great Grandfather must have understood the Psalmist who said:

Behold, children are a heritage from the LORD,  the fruit of the womb a reward. Like arrows in the hand of a warrior are the children of one’s youth. Blessed is the man who fills his quiver with them!  He shall not be put to shame  when he speaks with his enemies in the gate (Psalm 127:3-5).

Hughie Linton and his wife Mary had 11 children, and as I looked around the room 125 years after he arrived from South East Scotland, I could see his heritage. God does not promise wealth fame and fortune in this Psalm, he promises that one’s family will be a reward and blessing. A family is wealth enough!

I was struck by the fact that the group of 100 people gathered in the Minmi Community Hall had more than its share of Christians, perhaps as much as 50%. Today, every strand of the family tree is littered with men and women of strong faith - lay preachers, ministers, church elders, a Bible college lecturer etc. Mostly Open Brethren and Baptists they seem also to have taken the words of Paul to heart to imitate Christ’s humility, to have the same attitude (Phil 2:5-11) and to:

Do all things without grumbling or questioning, that you may be blameless and innocent, children of God without blemish in the midst of a crooked and twisted generation, among whom you shine as lights in the world (Phil 2:12-15).

My Grandfather Alexander Linton, the 6th child of Hughie and Mary lived as closely to this as anyone I’ve known. He followed in his father's footsteps to run a general store in the Hunter coalfields town of Kearsley and attended a Brethren Assembly for most of his life. As a young boy with parents who didn’t see themselves as Christians, I would spend all my holidays with my Grandfather and Grandmother (Viola), following him as he did home deliveries of orders for the customers of his general store near Cessnock, working on cars with him, building and repairing radios and TVs, building houses, fishing (that's me in the middle below, Christmas 1954). 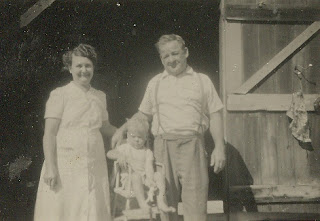 He loved the Bible and in particular the Proverbs and seemingly had memorised many of them. Life was full of situations to which he would respond with an appropriate verse.

An angry outburst of temper from me when frustrated by a hammer that didn’t like my thumb, or anger at my sister, would be met with:

When I had far too much to say about things for which I had little knowledge he would say:

“Even a fool is thought wise if he keeps silent, and discerning if he holds his tongue.” (Prov 17:28)

When I was becoming far too sure of myself or too confident in my own ability he would say:

“Pride goes before destruction, a haughty spirit before a fall.” Proverbs 16:18

Proverbs is not a set of rules for life, or precise promises that God makes to all people in all situations. Rather, it is a book of general wisdom that offers a key to life. Patterns for life, not promises and rules. Yes, some parts of the Proverbs do speak of the promises of God, and it does offer rules that only the foolish would ignore, but it seeks to do much more than this.

When it goes well with the righteous, the city rejoices, and when the wicked perish there are shouts of gladness. By the blessing of the upright a city is exalted, but by the mouth of the wicked it is overthrown (Prov 11:10,11)

My grandfather was the most respected person in his town. I can vouch for the accuracy of his weights and scales! “Old Alex” as he was affectionately known was to be trusted with the deeds of your house in the depression when you had no money for food and he extended the whole town credit (for years). He was the one to whom community members turned for wise counsel. He was the one person universally trusted.

He knew that the Proverbs were wisdom for his private life (as husband, father, brother, grandfather, son), his spiritual life (as church member and child of God) and his public life (as shop keeper, money lender, repairman of everything that was broken & as a community leader).

My Grandfather’s faith and the living of it shone so brightly that he had an influence on me that eventually (after some 31 years) saw me come to faith. As I looked around the small community hall at my many relatives in disparate branches of the family tree, I silently rejoiced at the fact that men and women of strong faith had been used by God to shape lives - their heritage was in the room for all to see. And I felt the challenge afresh that my life is to be lived in the same way, with a right understanding of God’s expectations of my relationship to him in Christ, and with a clear understanding that my children and grandchildren are indeed a precious heritage from the Lord that he has entrusted to me and who are also a great blessing to me and to others. 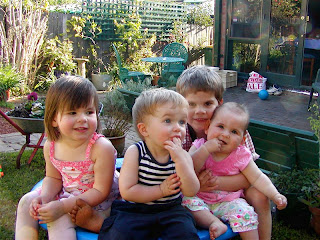