Faith & Politics: Our rights and responsibilities 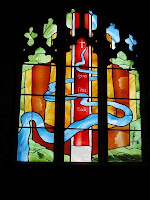 In an article titled 'The voluble and the Word: amen to that' (Sydney Morning Herald, 10-11 October, 2009) Damien Murphy wrings his hands at the increasing influence of Christians in politics. He frames his article with the question "Is politics becoming more entwined with Christianity while Australian society becomes more and more secular?" He points to the Prime Minister's public professions of faith (and that of others) as if this may be a troubling development:

"No politician has ever spoken so frankly or linked his [i.e. the Prime Minister Kevin Rudd] beliefs to political policy. His open and sincere religiosity even provided an ethical public persona that enabled him to battle John Howard for the hearts and minds of Christians and eventually lead the ALP out of the political wilderness. Rudd is now joined by political contemporaries like Joe Hockey and Tony Abbott in overtly embracing religiosity as a shorthand way of proving credentials and displaying the sort of principles to which they aspire."

What place does faith have in politics?

At various points in the article Murphy makes it clear that he is of the view that Rudd, Abbot and Hockey have made use of their faith for reasons of political popularity. I've heard comments of this type before about politicians who dare to mention their faith. I have no idea whether any of them (including the Prime Minister) have been open about their faith simply for political gain, but surely what is at issue here is whether one's faith is relevant to one's politics, which Murphy appears to question. Indeed, he questions whether faith, as a basis for one's values and as a shaper of actions and concerns, is as relevant as it once was. He continues to imply in his article that this rush of 'religiosity' (as he describes it) is somehow disconnected to the needs of our secular society:

...Australia is an increasingly secular society. Although 64 per cent say they are Christian, fewer than one in 10 attends weekly church. Compared with many countries, Australia has invested little energy in public debate about the place of religion in a secular society. In some, such as the US and France, protecting religious freedom means rigorously policing the boundary between church and state.

He continues with his thesis that religion is somehow less relevant than it once was for public debates about Australia's political policies.

Curiously perhaps, Australian politicians have 'got religion' while more and more people around the country are letting go......In the 1996 census, 71 per cent of Australians said they were Christians. By 2006 Christians were down to 64 per cent. The number of Australians who professed no religion soared to almost 19 per cent.

Interestingly, a recent piece of research by McCrindle research for the 'Jesus All About life' campaign (here) shows that a majority of Sydney people (51%) believe Jesus was a real figure, that he had miraculous powers, and that he was the son of God.

The views of Kevin Rudd 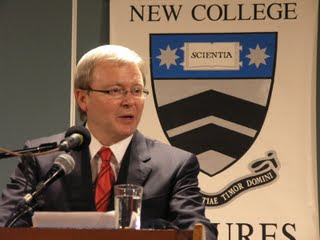 It might also surprise Damien Murphy to find that Prime Minister Rudd would agree with him that religiosity and moral arguments have little place in politics. In a lecture given at New College (the home of CASE) on the 26th October 2005, 'A consideration of the relationship between Church and State' the then member of the Opposition offered 5 models that can be used to link faith and politics. He rejected (almost disdainfully) the first three that encourage voters to offer support to the Christian politician simply because the politician has a faith position, supports a narrow set of values, or stands for the family. He rejected a fourth that he saw as deficient because this model had a limited application of faith on values and stops short of making stands on what he sees as critical policy areas like foreign affairs, Indigenous issues, industrial relations etc. Instead he argues that:

"....the Gospel is both a spiritual Gospel and a social Gospel. And if it is a social Gospel then it is in part a political Gospel because politics is a means by which society chooses to exercise its collective power. In other words the Gospel is as much about decisions I make about my life as it is about how I act in society and how in turn I should act, and react, in relation to the exercise of the coordinated power of society through the State. This view derives from the simple principle that the Gospel which tells human kind that they must be born-again, is the same Gospel that says that at the time of the Great Judgement that Christians will be asked not how pious they have been but instead if they helped feed the hungry, clothe the naked and visit the lonely. In this respect, the Gospel is an exhortation for social action."

Prime Minister Rudd concluded by making the point that Damien Murphy seems to miss, Christians have a right and in fact a social obligation as citizens to engage in political thought and action. He comments in the same address that while the number of Christians has declined in Australia that they nonetheless have an obligation to be politically involved:

"Whereas a Christian perspective on contemporary policy debates may not, therefore, prevail, it must nonetheless be argued. And if argued it must therefore be heard by those in authority. It should not be rejected contemptuously by secular politicians as if these views are an unwelcome intrusion into the political sphere."

The challenge to Christians to be better citizens

Just as it is relevant for Christians to enter politics, all citizens who call themselves Christians have a responsibility to contribute to better government and justice for all people. 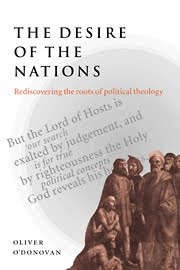 In his book 'The Desire of the Nations: Rediscovering the Roots of Political Theology' Oliver O'Donovan reminds us that two New Testament phrases sum up the role of government. It is a “minister of God” and it is a “human institution”. That is, it exists to serve the will of God that there should be government and it exists to give order and shape to human society and its affairs.

As Andrew Errington also reminds us in an article in issue #13 of Magazine devoted to the 'Christian and Politics' (Case here) as citizens the right approach to political action is for us to help our representatives of government do their job well and ensure that we have a good government.

The Christian has a responsibility to challenge politicians to ensure they seek justice. This will mean reminding them of God's truth taught in his Word, that ultimately God governs this nation and indeed the entire universe. God's word gives us clear guidance about what is right and wrong, just and unjust, good or evil.

So the right approach for Christian political action is to seek to help our representatives govern well and to help our governments be good governments. This means setting before them the priorities of justice; it means calling them to the truth about the universe revealed in the word of God. We must also remind them that Jesus Christ is the only true King. It is before him that every voter, every citizen and indeed every politician and ruler will one day bow down. There will be a day of judgement, and on that day every one of us will be called "to give an account of every careless word" (Matthew 12:36). Rather than standing in judgement on our politicians' words, motives and actions, we must challenge them and remind them that they have a great responsibility to do good and that one day, like us, they will bow before God (Rom 14:12) and he will judge "the living and the dead" (1 Peter 4:5). We are all known to God who can judge words, motives and hearts. As the book of Hebrews reminds us we are all "naked and exposed to the eyes of him to whom we must give account".

This responsibility is challenging for the person of any faith. Damien Murphy has it badly wrong when he questions the right of politicians to have faith and apply it to their politics. Every politician who has a faith has a right and responsibility to apply this to their actions, and hopefully this shapes their values. This does not mean that they can hope to enforce their faith on the people, nor to narrowly apply their faith to a limited range of social and moral agendas. If they do this then God himself will judge their actions.