Home   And Just in CASE   Faith and the imagination

Faith and the imagination 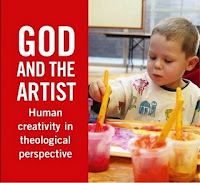 In September 2008 Professor Trevor Hart from the University of St Andrews, Scotland presented the annual New College Lectures. New College is the home of CASE. In a series of three lectures Professor Hart set out to examine the place of artistic creation. He offered a theology of human artistry, an account that in his words “takes seriously Christian Scripture and Creeds”. He asked the question can we hold together talk of human creativity and “God’s unique identity as the originator and gracious giver of being and life to the world”? This he suggested is not a question of if but of how? We need he suggested to disentangle from one another these two ‘modalities of creativity’, both of which are to do with God’s relationship to the world, but only one of which incorporates human agency.

You can download all three of Professor Hart's lectures as MP3 files as well as viewing a series of short videos produced by the Centre for Public Christianity while Professor Hart was here to present the lectures (here).

In the first of the videos below Professor Hart discusses with Greg Clarke the role that the imagination plays in our experience of God and faith. He argues that there is a significant difference between the 'imaginary' and 'imagination'. Imagination he suggests is "the capacity to picture things not present to us in our senses", and can help us to understand God and to gain greater insights into his reality. He also offers some brief reflections on the role of the imagination in science.

You can access four separate short videos on this topic plus MP3 downloads of all three lectures that Professor Hart delivered in 2008 at New College (here).

Previous blog posts on the Hart series of lectures:

God and the Artist - Part 1

God and the Artist - Part 2

God and the Artist - Part 3