The Archbishop of Canterbury Rowan Williams has offered some interesting comments on the limitations of reason in education. The address was presented at Rikkyo Gaukin Anglican University in Tokyo on the 21st September. He was there to receive an honorary doctorate and to speak as part of the institution's 150th anniversary.

In his address, Dr Williams suggested that the record of universities in applying a purely rational approach to intellectual and academic life is problematic:

"Christian doctrine regards human beings as made in the divine image; and that has regularly been interpreted as meaning that human beings share something of the rational nature of God. But to use those words today instantly gives a false impression. We understand 'reason' as a way of arguing and testing propositions – usually so as to become better at manipulating the world round us. Because religious faith is not a matter of argument in this way, it is then easy to conclude that faith and reason are enemies, or at least operating in different territory." 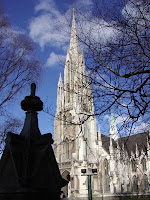 He argues that faith has a place alongside reason in the modern university, whether Christian like Rykkyo Gaukin University or secular like most. He uses the concept of the 'reasonable' or 'rational' human being to discuss what it is that universities do and how faith has an important place on campus. The 'reasonable' person he suggests is one who seeks 'not first and foremost to master and control a passive universe around', but someone who seeks to discover the 'rhythms and patterns of reality' and so understand themselves more fully. He continues:

"Sadly, there are many in our contemporary culture who believe that because religious faith is not rational in their sense – simply a judgement based on evidence and argument – it is bound to be something that breaks relations and nourishes violence. But the sober testimony of the twentieth century is that the rationality of secular thinking is no guarantee of universal understanding and reconciliation. A rationality that has brought us into the age of nuclear weaponry and global economic meltdown invites some sharp questions, to put it mildly; which has something to do with the revulsion in some quarters against the very idea of reason, against science and the notion of universal values and much else besides. As the Pope has argued several times in recent years, the drift towards relativism and pluralism is not the triumph but the defeat of reason; and as he has also insisted, the response of religious faith should not be to glory in the overthrow of rationality but to reclaim the idea and set it on its ancient foundations once more." 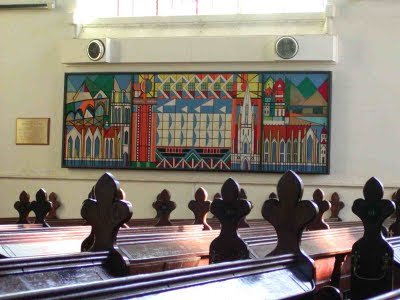 He goes on to suggest that a purely functional development of education effectively misses the "true nature of that which is not understood":

"Relating to God requires of us a radical acceptance of the fact that we are dependent beings, that we always stand on the edge of mysteries we cannot fathom, and that the true direction of our lives is not necessarily what our own unexamined and selfish ambition might suggest. Relating to God creates in us the habits of silence and listening, the willingness to be questioned and to question ourselves. Specifically for Christians, relating to God means growing into the role of a child of God, called to maturity, to a life in which dependence and creativity go side by side, inseparably. Called to mature into a life that reflects that of Christ, the Christian believer seeks to live at once in a deep humility that is constantly aware of the possibility of failure and the reality of not-knowing, and in a sense of liberty, dignity and worth, grounded in the trust that God looks at each human person with an endless loving respect and a desire to nourish and fulfil that person. Out of this comes a whole scheme of ethics, a patient respect for one another and for the material world, a realism and a sense of the provisional that never simply gives way to cynicism or despair."

You can read the full text of the talk by following the link below.

Full text of the address can be found here

Apologetics and the University (here)

What J.K. Rowling gained from university (my previous post on 'The Benefits of Failure') here