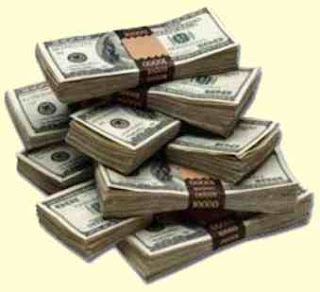 Christians have seen the above as largely compatible with much biblical wisdom. But Stevenson and Wolfers have sought to re-analyse old data and add some new data not previously available. They argue that their new analysis leads to a very different conclusion, namely that:

This neat alignment between money and happiness is at odds with the Bible's teaching. We explored the theme of happiness in our most recent Case magazine and reached quite different conclusions using both the Bible and economic research. Ben Cooper, writing as an economist and theologian, discussed "happiness stagnation", the phenomenon that once a nation reaches a certain level of prosperity, further economic growth seems to have little or no impact. His interpretation is more consistent with the Easterlin Paradox and at odds with the most recent interpretation of data.

The Bible says little about seeking happiness but says a lot more about eternal blessings. In Jesus’ first major teaching event (Matthew 5:3-12) he makes it clear that those who mourn, the persecuted, the hungry and so on can have more than happiness.

Rather than focusing on external circumstances and pleasure, the key to life, is to “seek first the kingdom of God and his righteousness, and all these things will be added to you” (Matthew 6:33). Instead of teaching about happiness, Jesus taught that we are to deny ourselves and follow him. “For whoever would save his life will lose it, but whoever loses his life for my sake will save it. For what does it profit a man if he gains the whole world and loses or forfeits himself?” (Luke 9:23-25). There are bigger stakes than temporal happiness; there is eternal membership of God’s family through Christ.

Even in relation to this short life on earth, the Bible teaches something radically different. As Paul sits imprisoned in Rome he wrote these words:

"I know what it is to be in need, and I know what it is to have plenty. I have learned the secret of being content in any and every situation, whether well fed or hungry, whether living in plenty or in want. I can do everything through him who gives me strength" (Phil 4:10-13).

Our contentment the Apostle Paul suggests is anchored to our relationship with Christ. While we can influence our happiness through the things we do, the money and resources we have, the way we think and how we handle life’s situation, ultimately true contentment, of much greater worth than happiness, can only be found in God as we “confess Jesus Christ is Lord, to the glory of God the Father” (Philippians 2:11b).

Back copies of Case #14 that deals with Happiness are available for $15 from CASE.

You can read the full paper from Stevenson & Wolfers (if you're keen) or a short report on the research in the New York Times. I'm sceptical of course about the way happiness is defined and assessed in this study and how they compare data from quite different cultures and vastly different life circumstances. I'd be interested to hear from Christian economists on how they would interpret the new research. You might even want to join the online debate occurring at Freakonomics.