Like many people I've always been a strong supporter of foreign aid and argued for an increased commitment by the Federal government in a previous post on the 'Business of World Poverty'. But some question the notion that simply spending more money is necessarily a wise thing. The most vocal critics believe in a free market and want minimal government interference in market forces. Recently, Associate Professor Andrew Leigh from the Australian National University wrote an opinion piece in the Australian Financial Review (20th May, 2008) in which he was (constructively) critical of Fair Trade programs and foreign trade in general.

Andrew Leigh has an interesting site aimed at economists, students of economics plus, I guess, policy makers and interested people like me. It is one of a number of secular sites that I read that aren't in any way connected with my Christian networks and communities. While he says plenty of things that I don't agree with, he also applies his econometric skills to many topics that I'm interested in and he challenges some of my views. I see this as good! It helps me to sharpen my own arguments, learn new things and offers opportunities to participate in other virtual communities. There is great benefit in entering and participating in varied communities of interest and debate - that's what apologists should do! It is important to listen to other ideas shaped by different worldviews, to understand them, and to learn from them. 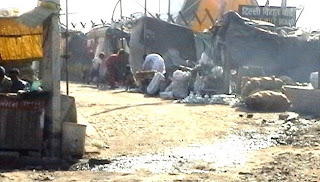 Andrew Leigh quotes the economist Tim Harford who suggests that fair trade coffee in some London stores costs an extra 25 pence per cup, but only about a tenth of the mark-up actually reaches the coffee farmer. Harford suggests that "A fair trade cappuccino might have given the drinker a warm inner glow, but it didn’t do much to reduce world poverty".

Leigh points out that the harshest of critics sometimes say the same about overseas aid.

"They point out that unlike the voters who judge domestic programs, the recipients of foreign aid cannot punish bad policy at the ballot box. Aid’s critics say that with a few exceptions – like disaster assistance – the world would be better off with less aid, not more. With this year’s budget promising a major increase, Australia’s overseas aid is set to rise from 0.3% to 0.5% of national income by 2015. So the billion-dollar question is: does aid work?"

Here's a summary of Leigh's response:
Andrew Leigh suggests that ethically, it would be hard to justify withholding charity from some of the world’s neediest people. With this I strongly agree! Yet the research suggests that we need to understand that progress will be slow.

The second challenge Leigh highlights is the need “to distinguish between good and bad aid. This is a particularly thorny question at a time when the program is being expanded. This year, AusAID’s budget will rise from $3.2 to $3.7 billion.” 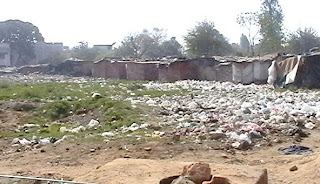 The Bible is clear that we are to be generous, to give to the poor, that the most disadvantaged must be amongst the recipients (Matt 25:31-46), and that we should give to aliens (Jer 22:2-4) as well as to those in the church. But how do I reconcile the work of economists like Andrew Leigh with the biblical imperative to be generous to the poor. Here are a few thoughts that I've had. First, three fundamental biblical foundations that give me hope:
With the above as foundational, how might I respond to the fact that even within attempts to fight against injustice (e.g. the giving or foreign aid etc), the sin of mankind is undermining well-intentioned responses to injustice?
You can read the post from Andrew Leigh that prompted this post here