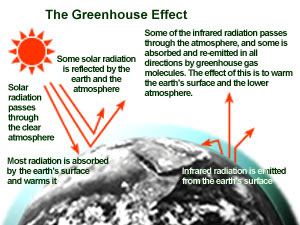 In Australia our national government has been criticized because it has been slow to accept that climate change is a major issue in the 21st century and to accept that humans have had a significant impact on global warming. Critics of the federal government have pointed to a lack of attention to renewable energy research and development and the failure to sign the Kyoto Protocol on Climate Change as evidence of this inactivity. Political commentators have suggested that this is one of several key policy areas that are hurting the government's chances of re-election in the upcoming elections on the 26th November. To be fair to the government, they have not been alone in being too slow to understand that governments can and indeed must act to reduce greenhouse gas emissions (although only the USA and Australia have failed to sign the Kyoto Protocol). But before judging the government, we need first to examine our own response.

Putting to one side the fact that climate change is just one issue that Christians might consider when they go to the polls, it is an issue worthy of our careful and informed attention. As Christians prepare to vote in the coming election they have an opportunity to consider this issue amongst others in casting their votes. There seem to be two key questions that are worth considering: What do the experts say about climate change? What should be the Christian response to this?

The answer to the first question seems to have become more clear-cut in the past year. While there continues to be a small number of scientists who doubt that climate changes being observed are inconsistent with broad long term climatic patterns, this is a rapidly shrinking group. The Al Gore documentary has popularised much of the recent evidence. If you're one of the few people not to view it you can see a trailer using the following link - "An Inconvenient Truth" trailer.

"If greenhouse gases continue to increase, climate models predict that the average temperature at the Earth's surface could increase from 3.2 to 7.2ºF above 1990 levels by the end of this century. Scientists are certain that human activities are changing the composition of the atmosphere, and that increasing the concentration of greenhouse gases will change the planet's climate. But they are not sure by how much it will change, at what rate it will change, or what the exact effects will be."

Scientists have observed that some changes are already occurring. Observed effects include sea level rise, shrinking glaciers, changes in the range and distribution of plants and animals, trees blooming earlier, lengthening of growing seasons, ice on rivers and lakes freezing later and breaking up earlier, and thawing of permafrost.

But the impact of climate change will be seen in many subtle ways. The Live Science website recently outlined "Ten surprising results of global warming", suggesting there will be many unexpected impacts such as break down in significant archaeological sites, increased problems with asthma and other illnesses and diseases, unexpected animal migration, changing vegetation patterns, unpredictable fire patterns and so on. 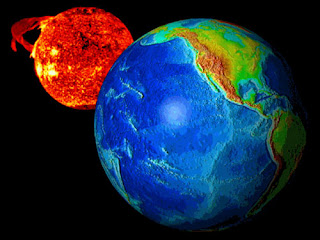 For those who want more detailed scientific information the best place to go is the final report of the Intergovernmental Panel on Climate Change that was handed down this year. This report (The physical science basis of climate change) is seen as the definitive synthesis of the world's leading scientists view son Climate Change.

The answer to the second question is much more complex. In a social issues briefing on climate change Andrew Cameron and Lisa Watts (Social Issues Executive, Anglican Diocese of Sydney) suggest that the responses of a number of US evangelical Christian organizations to Climate Change fall into two major categories:

Jenny Beers in a Case #11 article titled "Can Christians Agree on Global Climate Change?" provides a more extensive discussion of these issues. Beers, Cameron and Watts all point out that there are major evangelical Christian organizations that fall into both groups. The social issues briefing points out that these organizations invariably use the Bible to support their stance. The anthropogenic advocates use Genesis 2 to support their view that God has given us responsibility to work the earth and care for it, while the natural climate change group tends to place more emphasis on Genesis 1:28 and see the words "subdue" and "rule" as supporting man's shaping of earth to their ends and purposes. Advocates of the first position place more emphasis on tackling climate change in order to reverse the effects and preserve the earth, whereas those supporting the second place more emphasis on coping with climate change so that economies and people are not inconvenienced by it.

However, there is no simple dichotomy of views, there are many different positions. What hasn't been discussed as much by Christians is the differential nature of the impacts of climate change. It is unlikely that climate change will affect all nations or even individuals the same. It is likely that:

* some nations will suffer more from rising sea levels (some island nations will disappear completely);
* some economies will experience greater negative impacts than others;
* some regions of the world will benefit from climate change as rainfall increases in once arid areas, while others will sea agricultural production plummet;
* technology rich nations will be better placed to cope, but the control of global climate is well beyond single nations;
* some people will be affected more due to pre-existing health conditions - the old and the young will perhaps be at greatest risk;
* some will face greater hardship due to increased energy costs, water costs, food production costs and so on;
* some developing economies will not be as well placed to cope with climate change;
* some nations will experience a greater loss of biodiversity than others;
* some nations will have to spend more to cope with the impact of climate change.

There are issues of justice here not just environmental impacts. Jenny Beers asks in her Case

What can we do? As well as engaging in discussion of the issues and encouraging political parties to address climate change there are many practical things that every person can do each day. The US EPA site has some useful suggestions for practical action that individuals can take. These include replacing incandescent globes with energy efficient globes, recycling waste, insulating our homes, checking the energy rating of any new appliance, adopt 'green' habits in our yards (e.g. composting), using water efficiently and so on. Groups or churches might find Case #11, that adopted climate change as its theme, to be a useful resource for small group discussion.