We are often reminded that we live in a fallen world. Incidents such the Boston Marathon bombing, or the killing of the British solider a week or so ago are cases in point. In the aftermath of these events people are left scratching their heads and often fingers are pointed every which way.

In Case magazine  #11  in 2007,  Moore College Lecturer Dr Andrew Cameron, wrote a particularly helpful article on Christianity and Terrorism. He asked, since terrorism is firmly implanted in our social landscape, how does it connect with Christianity and how can we respond? What type of voice should we have in public debates on terrorism?

Christians who engage in these debates are often confronted by the retort "but Christianity advocates similar violence, just look in the Old Testament". Regular viewers of the Australian Broadcasting Corporation's Q&A television program would have seen this demonstrated as this very question was posed to conservative Christian politician Rev Fred Nile, specifically referring to Psalm 137.  Rev Nile tried to explain to the audience that the Old Testament was part of God's 'Old Covenant' and for Christians the emphasis is in the 'New Covenant' .  Christians who viewed the program most likely could see the point that Nile was trying to make. Of course we need to remember that covenantal language is unfamiliar to most people, so the idea that the 'Old Covenant' is fulfilled 'in Christ' is not easily grasped. Thus Nile's point was lost on most. 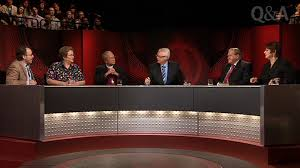 It occurred to me that the ideas raised and explanations in Andrew Cameron's article 'Christianity and Terrorism' (Case #11) would have been very useful when trying to respond to the accusation that the bible advocates acts of terrorism. In particular Andrew's article explains well that there is no justification for Christians to engage in holy wars as described in the OT. He wrote:

Even when they occurred they were pictured as a special occurrence, not a general rule; and because in the ‘story arc’ of the Bible, the death of Christ is the penultimate fulfillment of the same purpose as these wars. The satisfaction of the wrath of God, instantiated in these wars, is for the time being completed on Christ’s cross (and finally completed at humanity’s final judgment). Hence in Christian theology, there is no longer any warrant for any holy war anymore

In addition to the above explanation, Andrew's article has an excellent analysis of how governments  are responding to terrorism around the world, and I found his concluding remarks on how Christians should respond to such events as very timely.

This cry of ‘come, Lord Jesus!’ lies at the core of a Christian response to terrorism. To pray for angry and misguided Islamist terrorists; to pray for our leaders in the fearful decisions they must daily make; to pray for the wounded lying in hospitals; to pray that it doesn't happen again and that peace reigns—in such prayers, we do well, because we take our helplessness, and the lostness of humanity, to the powerful throne of God.

I know Case subscribers would enjoy Dr Cameron's  article. So I encourage you to pull out your back issue of the magazine. The article can be viewed online.  New Case subscribers are also welcome. More information regarding our publication is found at the Case website