In my last post on Christians writing for children I suggested that:

"The gospel of Christ is the central narrative to which virtually all other narratives have some relationship – certainly in the Western cultural tradition and literature."

I pointed out that the focus of the Bible is Salvation History, with its central narrative tracing both the history of Judaism and Christianity and God’s redemptive plan for his people. In the beginning God created…and it was good. But sin entered the world, man rebelled against him and so God placed a curse upon his creation that one day would end in judgement. But God always had a plan for such rebellion; a plan of redemption motivated by love. An amazing gift of grace; his Son sent to die and three days later to be raised from the dead to defeat sin and death. A plan that provides a way for God's creation to be restored to a relationship with him. Salvation for those who repent of their sin, seek the mercy of God and in faith commit their lives to following Jesus.

I also suggested that there are at least five forms or genres of writing for children that Christians could attempt, ranging from Bible stories that present the gospel explicitly or which teach biblical truth, through to literature for children that weave elements or themes of biblical salvation history into the narrative. In the latter, these references to, or echoes of God's salvation narrative have a key role in shaping the plot, characters and language of the stories. In this post I want to talk more about this form of writing and the motivations for writing it, because I believe that it is where Christians can make a greater contribution. 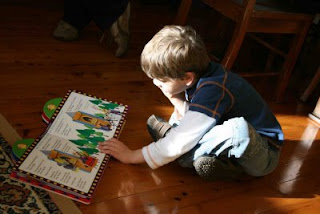 I find it depressing to examine the children's section when I visit Christian bookshops. Why? Well, at least three reasons. First, because I observe that virtually all of this material is what I referred to in my last post as Type 1 or 2 writing. While this is important writing for Christian families and for sharing biblical understanding with the children of non-Christian families, and I want Christians to write it, I know that most of it will never be read outside Christian families. Second, I know that much of this material is of doubtful literary and artistic quality (yes, there is good stuff too, but there is much dross). It is frequently not as well written, nor as well illustrated, as secular children's literature. Third, I know that there is little Type 3, 4 & 5 writing on these shelves and that when children and parents want these books they will need to go to secular bookshops to find them and that there will be few Christian writers who have written the books from which they will make their selection. But the good news (and the thing that encourages me) is that due to God's sovereign rule and his common grace, that much of this material will be used by him. Even in the literature of those who don't know Jesus, we find glimpses of the biblical salvation narrative and biblical truth. John Calvin while recognising hereditary corruption and the total depravity of humanity acknowledged that through the work of the Holy Spirit and what remains of the image of God in a fallen people, that God still works:

"In reading profane authors, the admirable light of truth displayed in them should remind us that the human mind, however much fallen and perverted from its original integrity, is still adorned and invested with admirable gifts from its Creator" (Institutes of the Christian Religion, Book 2, ii, p16).

While knowing that God can work through all things for the good, our desire is to promote his purposes, to honour his name in all that we do. Christians have a responsibility to engage with and use literature for God's purposes in all of its forms. And now here's the rub (as they say), children's love of literature and their literary history is going to be shaped mostly by type 3 to 5 literature. This is what they will often read at school, and this is what fills the bookshelves of libraries and bookshops, and this is what their friends will read. Just as adult Christians are enriched by narrative accounts that are not based directly on the Bible's gospel narrative, or written deliberately about biblical truths, so too children will have a natural thirst for story. A thirst for story, for story is about relationships, and God made us to be relational beings. Related first to him and secondly to each other. We crave stories that offer insight into the human condition and we share much of ourselves through story. 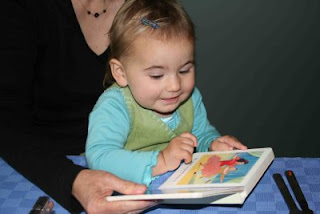 I grew up in a non-Christian home and for many years when I reflected on my early literary experiences concluded that while my parents seemed to do nothing to encourage a love of literature or writing, I was influenced by two great storytellers. First, my father who was a consummate oral storyteller. He shared his life story through anecdotes – tales of mine tragedies, the deadly Rothbury riots that he was part of as a teenager, tales of great Scotsmen, sporting triumphs, the glory of the trade union movement, the merits of communism and the evil of the employers like the major mining companies. My father’s memories shared through story were vivid and lively. They were shaped by his values, his history, his fears, his prejudices, his hopes and the culture and class within which he was raised. His stories marked me in some way that I was unable to grasp until he was dead and I had reached middle age. This was long after I had rejected some of the underlying truths of what he had taught me in his stories of tough life as a miner.

The second storyteller was my Grandfather, a conservative Christian with Brethren background who was also of Scottish descent. A brilliant and inventive man who loved God and had a rich literary tradition shaped by the Bible, classic literature, Australian ballads and Scottish poetry. As a child he immersed me in Scripture as he spoke the Psalms and Proverbs to me and as he recites poetry at a moments notice when it seemed relevant. These somewhat conflicting storytellers helped to shape me through their stories and the narratives of others. God used each to shape me and prepare me to receive the truth of the gospel at the age of 31 years. I praise him for his grace and mercy and tremble at the thought that he would choose to spare me the wrath that is due to me, and instead place it upon his own perfect Son (Romans 3:21-26).

My challenge is simple. Where are the new Chronicles of Narnia, this century's Pilgrims Progress, the 21st century cautionary tales (or some equivalent), a new Christian Dr Seuss with strong biblical knowledge and intent? While professing committed Christians represent just 5% of the population in Australia, we are people of the Word and many of us have the potential to be writers. Language is central to God's communication of salvation and we are stewards of this Word and the gift of language. If Christians spent less time in difficult to win moral arguments about literature (see for example the argument about the word "scrotum" here) and more time encouraging Christian writers to write quality literature published by secular publishers, we would see a change in the mix of books available to the children of Christian and non-Christian families. 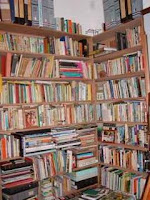 I've written widely for educators, teachers and researchers about the role that literature has in shaping knowledge, attitudes, values and family relationships. One of my key points has always been that story and narrative is part of the way that we relate to our children and how we build on these relationships. For Christians nothing can and should take the place of the Bible itself as the core of our teaching and nurturing of our children. But story in all its forms is part of the glue that binds us together as a family; part of our shared history - scarily, even television has a place for most people! One of the reasons that I have been so concerned at the potential demise of the book as the major vehicle for story is that it isn't clear to me what would replace it (I've listed a few previous posts below that touch on these issues from my blogs). There will always be children's stories published in some form, but what impact will new media have on the quality of these stories. If we look at the rise of adult literary forms like the mobile phone novel (see previous post here), and the impact of online newspaper delivery on investigative depth, the quality of writing and the content, I have some justification for my concern. But whether literature is delivered via a device like the Kindle (see post here), or via traditional books, matters less than the content and quality of the work. Christians must be involved in this, writing some of it and seeking to shape (or at least influence) discussion. We need to be questioning the motives and worldview of those who promote new technological forms, anticipating potential collateral damage to the literary form. What might happen should we embark on a brave new world filled with multimodal texts where word, image, sound, video, music etc are massaged together into a postmodern blancmange? Could we end up with a new textual form with lots of technological bells and whistles but with little of the substance that reflects the Bible's central salvation narrative?

My two posts about Christians writing for children and my presentation to the Faithful Writers' conference have multiple messages and intent, but there is one that I want to stress once more. I want to challenge Christians who have demonstrated the ability to write (and this doesn't just mean that you have a university degree - writing a children's book is not the same as writing an assignment in engineering, law, literature or theology), to consider writing for children. Here's how you might start:
You might just be able to write a successful book at your first sitting but for most writers it takes years of effort and multiple rejection letters. Give it a try.

Christian writing for children - Part 1
Truth and the Internet
Mobile phone novels
Books that stand the test of time
Death of the book?

In the latest issue of our CASE quarterly magazine there are a number of articles that have indirect relationship to my post. The theme of this issue was God, Creativity and Creators - Case